Tiago Galvão da Silva, commonly known as Thiago Galvão [1] (born 24 August 1989 in São Paulo) is a Brazilian footballer who plays for Armenian club Alashkert. He is most frequently played as either a striker or an attacking midfielder.

Thiago played in Brazil with Paulista Futebol Clube from 2007 to 2010, making a total of almost sixty appearances and scoring a sum of eleven goals over three years. In 2011, he joined Serbian side Sloboda Užice.

Thiago and Paulista teammate Ricardinho came to Serbia in January 2011 and played 11 matches with newly promoted FK Sloboda Point Sevojno until the end of the season. He made his league debut coming on as a late substitute against FK Spartak Zlatibor Voda in April 2011.

Upon joining Sloboda in 2011, Thiago Galvão spent the first season adjusting to the league in Serbia, during which he didn't score a single goal in the 11 games he appeared in. [2]

His exhibitions from previous season satisfied the club management and during summer he was offered to stay, while Ricardinho returned to Brazil. He immediately responded by being named the best player of the main tournament his club played during summer pre-season. [3] During the summer Sloboda changed much of the squad. As a result, Thiago got more playing time and started 29 games out of 29 games he played. Even though he played as a striker at Paulista, coach Ljubiša Stamenković gave him the role of an attacking midfielder. In the first half of the 2011–12 season, he and Filip Kasalica (before he departed to join Red Star Belgrade) were listed as the most formidable striker partnership in the entire league. Thiago scored 6 goals and had 8 assists that season and was one of the best players in the league, attracting interest from domestic clubs as well as clubs from the Western Europe.

During the 2013 winter transfer window, clubs such as FK Partizan, Red Star Belgrade, and FC Rostov were interested in Thiago. Rostov even made a bid of €450,000 for the player, but Sloboda rejected it. In March during a game against FK Jagodina, Thiago scored a beautiful overhead kick goal. He helped the club finish fifth for the second straight season with 8 goals and 8 assists. He played all 30 games. For the second season in a row Galvão was included in the league's most statistically effective strike partnership, this time with Predrag Ranđelović who replaced Kasalica upon his departure to Red Star Belgrade.

The 2013 season started slowly with Thiago having a goalless drought for six straight games, due to still recovering from injury, and then he scored his first hat-trick for the club on 25 September, against Teleoptik in the Serbian Cup. [4] He scored his first league goal against OFK Beograd on 5 October 2013. [5] On 23 November Tiago scored another overhead kick,this time against Red Star to give his team the lead,but Sloboda lost 4–1. [6] On 22 April 2014,Tiago played his 100th game for Sloboda against Javor,providing the only goal of the game with an assist. [7] In what was a really poor season for Sloboda,finishing last and getting relegated,Tiago was by far the best player. 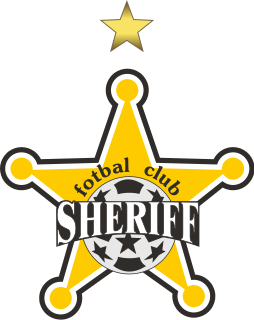 Fotbal Club Sheriff, commonly known as Sheriff Tiraspol or simply Sheriff, is a football club based in Tiraspol, a city located in the east of the Republic of Moldova. Founded in 1996 as Tiras Tiraspol, it quickly established itself within Moldovan football. 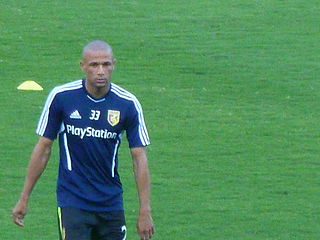 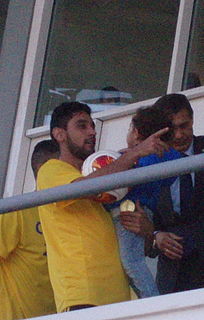 Carlos Eduardo de Fiori Mendes, commonly known as Cadú, is a Brazilian footballer who is currently without a club.

Marcel Kpamin Kouégbé Métoua is an Ivorian football defender who played with Ivorian side ASC Ouragahio, Serbian FK Banat Zrenjanin and last, and most extensivelly, played for FC Sheriff Tiraspol in the Moldovan National Division.

Filip Kasalica is a Serbian-born Montenegrin footballer who plays for Rad. Although he most frequently plays as striker, he can be deployed in any position in the attack.

Ricardo Cavalcante Mendes, or simply Ricardinho, is a Brazilian footballer who plays as a Striker or left winger.

Saša Marjanović is a Serbian football midfielder who plays for Nea Salamina.

Vladimir Kovačević is a Serbian footballer who plays for Vojvodina.

Vladimir Vujović is a Serbian professional footballer who plays as a forward for Milton SC. 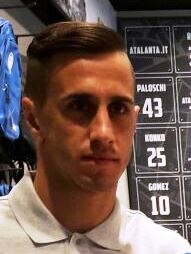 Aleksandar Pešić is a Serbian professional footballer who plays as a striker for Al-Ittihad.

Darko Micevski is a Macedonian footballer, who plays for FC Kolos Kovalivka.

Vladimir Jovović is a Montenegrin professional footballer who plays as an attacking midfielder for Czech team Jablonec.

Vitalie Bulat is a Moldovan footballer.

Srđan Vujaklija is a Serbian professional footballer who plays as a striker.

Bruno Augusto Pelissari de Lima popularly known as Bruno Pelissari is a Brazilian professional footballer. He has previously played for Atlético Paranaense, in the Indian Super League with Chennaiyin and Delhi Dynamos, and for Sheriff Tiraspol in Moldova.

Amer Dupovac is a Bosnian professional footballer who plays as an defender for Bosnian Premier League club Sarajevo.