Tiago da Costa Silva (born 13 April 1987 in Rio de Janeiro), known as Tiago Costa, is a Brazilian footballer who plays for Retrô Futebol Clube Brasil as a left back. 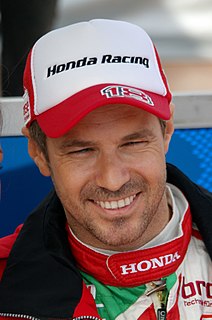 Tiago Vagaroso da Costa Monteiro is a Portuguese professional racing driver currently competing in the World Touring Car Cup, driving a Honda Civic TCR for KCMG. He competed in Formula One between 2005 and 2006 for the Jordan Grand Prix, Midland and Spyker MF1 teams – all different iterations of the same team as it was bought by new owners during a two-year stint as part of the Formula One paddock. He is the only Portuguese driver to have scored a Formula One podium finish.

Five Days, Five Nights is a 1996 Portuguese film directed by José Fonseca e Costa, starring Paulo Pires and Vítor Norte. It is based on a novel written by Álvaro Cunhal under the pseudonym Manuel Tiago.

Tiago José Ribeiro Costa is a Portuguese professional footballer who plays as a right back.

Maria de Fátima de Bivar Velho da Costa is a Portuguese writer who was awarded the Camões Prize in 2002. She took part in the Portuguese Feminist Movement with Maria Isabel Barreno and Maria Teresa Horta.

The Portugal national beach soccer team represents Portugal in international beach soccer competitions, and is controlled by the Portuguese Football Federation (FPF), the governing body for Portuguese football. The team has participated in 17 of the 20 editions of the Beach Soccer World Cup, and its best results are three victories in 2001, 2015, and 2019, being the current world champions. Alongside Brazil, Portugal is the only team to have won the world title before and after FIFA assumed the government of beach soccer worldwide. In European competitions, Portugal is record holder of titles.

The Uncertainty Principle is a 2002 Portuguese drama film directed by Manoel de Oliveira. It was entered into the 2002 Cannes Film Festival.

Orquestra Sinfônica de Porto Alegre (OSPA) is a symphony orchestra based in Porto Alegre, Brazil. It was founded in 1950 under the direction of the Hungarian conductor Pablo Komlós. It has since January 1965 been supported by the State Government.

Tiago Rafael 'Rafa' Freitas Costa is a Portuguese footballer who plays for Rebordosa A.C. as a right winger.

The 2013 Rio Quente Resorts Tennis Classic was a professional tennis tournament played on hard courts. It was the second edition of the tournament which was part of the 2013 ATP Challenger Tour. It took place in Rio Quente, Brazil between 6 and 12 May 2013.

Tiago Jorge de Oliveira Ferreira is a Portuguese mountain biker from Viseu, who specialises in the cross-country discipline.

Bruno Costa may refer to:

Microcella is a Gram-positive, non-spore-forming, aerobic and non-motile genus of bacteria in the family Microbacteriaceae.

Each national team submitted a squad of 20 players, two of whom had to be goalkeepers.