Tian won the bronze medal in the women's team competition at the 2005 Beach Volleyball World Championships in Berlin, Germany, partnering Wang Fei. She competed at the Sydney 2000 and the Athens 2004 Games.

At the 2008 Summer Olympics in Beijing, Tian and her partner Wang Jie won the silver medal in the women's beach volleyball competition, going undefeated until losing in the final to Misty May-Treanor and Kerri Walsh of the United States. 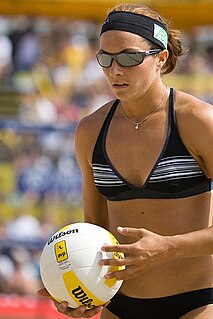 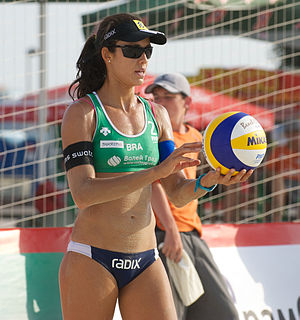 Talita Antunes da Rocha is a Brazilian beach volleyball player, playing as a blocker. She was FIVB rookie of the year in 2005, and World Tour Winner twice, in 2013 and 2015.

Sanne Keizer is a Dutch beach volleyball player who plays as a right-side defender with her partner Madelein Meppelink. Her career highlights include two gold, two silver and four bronze medals on the FIVB World Tour. She is a two-time European Champion and she represented the Netherlands at the 2012 Summer Olympics, finishing ninth with Marleen van Iersel. 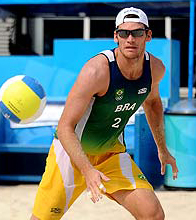 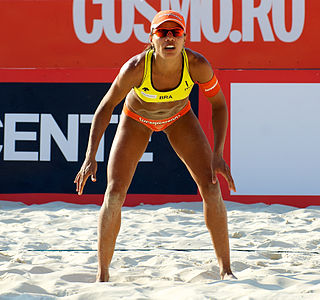 Wang Fei is a female Chinese beach volleyball player, who won the bronze medal in the women's beach team competition at the 2005 Beach Volleyball World Championships in Berlin, Germany, partnering Tian Jia. She first represented her country at the 2016 Summer Olympics in Rio, Brazil.

Yu Yang is a badminton player from the People's Republic of China. She won at the 2013 World Championships in women's doubles with her partner Wang Xiaoli. She graduated with a bachelor's degree from the University of Science and Technology of China.

Beach volleyball was introduced at the Summer Olympic Games in the 1992 Games as a demonstration event, and has been an official Olympic sport since 1996.

Xue Chen is a Chinese female beach volleyball player, measuring 191 centimetres in height. Her hometown is Fuzhou, but she trains in Sanya, Hainan. She has also trained in California under coach Dane Selznick. 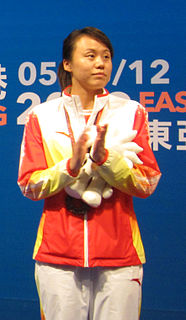 Zhao Yunlei is a mixed and women's doubles badminton athlete from China. She graduated with a BA from Huazhong University of Science and Technology. She is the first and only badminton player to have ever won two Gold medals in the same Olympic edition, winning in both the Mixed and Women's Doubles categories in 2012. Zhao joins the ranks with nine other players with two Olympic Gold Medals, the highest number of Gold Medals won by any badminton athlete. Through her performance at the 2014 and 2015 BWF World Championships, she became the first player to win two consecutive gold medals in two consecutive BWF World Championships. 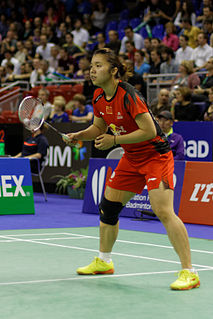 Tian Qing is a women's and mixed doubles badminton player from China.