Last updated November 07, 2020
In this Chinese name, the family name is Tian .

Tian Jiyun (simplified Chinese :田纪云; traditional Chinese :田紀雲; pinyin :Tián Jìyún; born June 1929 in Feicheng, Shandong) is a politician in the People's Republic of China, known as a supporter of Deng Xiaoping's reforms. The best-known feature of his biography is the speech of 1992, delivered in the Central Party School, in which he ridicules the "leftists" (those who did not support the new policy of openness). Tian proposed they establish their own "economic zones" preserving all the worst features of the old system.

Tian was elected the vice chairman of the Standing Committee of the National People's Congress in 1993 and 1998. Tian retired in 2002 at the age of 73.

The orders of precedence in China is the ranking of political leaders in China for the purposes of event protocol and to arrange the ordering of names in official news bulletins, both written and televised. It is also sometimes used to assess perceived level of political power. Although there is no formally published ranking, there is usually an established convention and protocol, and the relative positions of Chinese political figures can usually be deduced from the order in meetings and especially by the time and order in which figures are covered by the official media.

Han Zheng is a Chinese politician serving as the Senior Vice Premier of the State Council and Politburo Standing Committee member of the Communist Party of China. He has also been leader of the Central Leading Group on Hong Kong and Macau Affairs since April 2018. Han served as Mayor of Shanghai between 2003 and 2012. In November 2012, he was promoted to become the Party Secretary of Shanghai, the top political post in the city, and also gained a seat on the Party Politburo. Han was once considered a member of the Shanghai clique, headed by former Party General Secretary Jiang Zemin.

Jiang Chunyun is a retired Chinese politician most active in the 1980s and 1990s, who served as Vice-Premier, Vice-Chairman of the Standing Committee of the National People's Congress, and a member of the Politburo of the Communist Party of China. 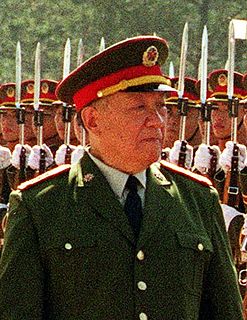 Chi Haotian, also spelled as Chih Hao-tien is a retired general of the Chinese People's Liberation Army. He served as Minister of National Defence from 1993 to 2003.

Yang Chuantang is a Chinese politician, who served as the Minister of Transport of the People's Republic of China from 2012 to 2016. He has also served as the vice-chairman of the State Ethnic Affairs Commission, governor of Qinghai Province, and party chief of the Tibet Autonomous Region.Currently served as one of the vice chairmen of the 9 th Chinese People's Political Consultative Conference since March,2018 .

Ren Jianxin is a retired Chinese lawyer, judge, and politician. He served as President of the Supreme People's Court from 1988 to 1998.

Wang Zhaoguo is a retired Chinese politician who came to prominence during the era of Deng Xiaoping. An automobile factory technician by trade, Wang had a long and varied political career, known for having acquired a ministerial-level position at the age of 41. Before entering the Party Politburo in 2002, he successively served as the First Secretary of the Communist Youth League, the chief of the party's General Office, Secretary of the Central Secretariat, Governor of Fujian, Head of the United Front Work Department and Vice-Chairman of the CPPCC. 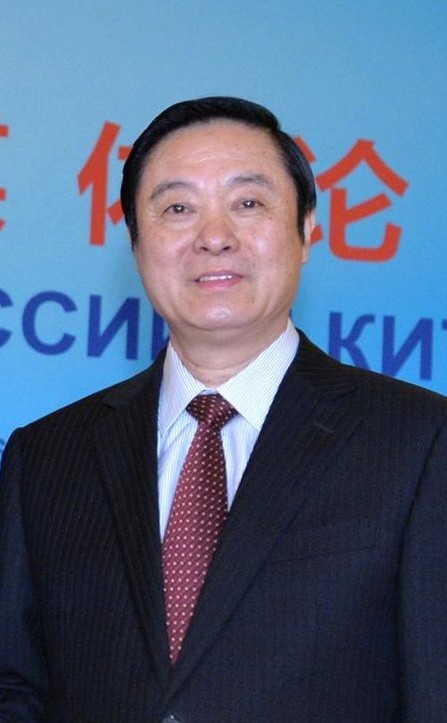 Liu Qibao is a Chinese politician. He was a member of the 18th Politburo of the Communist Party of China, a Secretary of the Secretariat, as well as the head of the Propaganda Department of the Central Committee. Previously Liu have served as the party chief of the Guangxi Zhuang Autonomous Region and Sichuan province. He currently serves as one of the vice chairman of 13th Chinese People's Political Consultative Conference.

Tian Chengping is a politician in the People's Republic of China.

Zhang Zuoji is a politician of the People's Republic of China, and the former governor of Heilongjiang Province. He currently serves as the director of the economic committee of the 11th Chinese People's Political Consultative Conference (CPPCC). 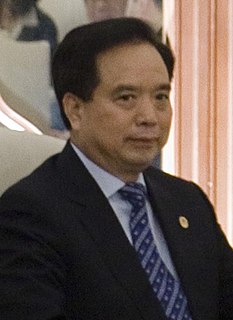 Li Jianguo is a retired Chinese politician who served as a member of the 18th Politburo of the Communist Party of China, Vice-Chairman of the National People's Congress, and Chairman of the All-China Federation of Trade Unions. He was formerly Communist Party Chief of Shaanxi and Shandong provinces; he also served as the Secretary-General of the National People's Congress.

Tian Xueren is a Chinese politician who spent most of his career in Northeast China's Jilin province. He was investigated by the Communist Party of China's anti-graft agency in July 2012. He served as Communist Party Secretary and President of Jilin Bank from 2007 to 2012, and Executive Vice Governor of Jilin between 2004 and 2008.

The president of the People's Republic of China is the head of state of the People's Republic of China. Under the country's constitution, the presidency is a largely ceremonial office with limited power. However, since 1993, as a matter of convention, the presidency has been held simultaneously by the General Secretary of the Chinese Communist Party, the top leader in the one party system. The presidency is officially regarded as an institution of the state rather than an administrative post; theoretically, the president serves at the pleasure of the National People's Congress, the legislature, and is not legally vested to take executive action on his own prerogative. The current president is Xi Jinping, who took office in March 2013. 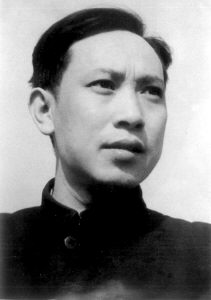 Tian Jiaying was Mao Zedong's personal secretary for 18 years. He committed suicide at the beginning of the Cultural Revolution.