Tiandao (Chinese :天道; pinyin :Tiāndào; literally: "Way of Heaven"; Vietnamese: Thiên Đạo, Japanese: Tendō ) is a Chinese word used in many philosophical and religious contexts in China and the Sinosphere. It can also refer specifically to:

The "East Asian cultural sphere" or "Sinosphere" are the countries and regions in East Asia that were historically influenced by the Chinese culture. Other names for the concept include the Sinic world, the Confucian world, the Taoist world, and the Chinese cultural sphere, though the last is also used to refer particularly to the Sinophone world: the areas which speak varieties of Chinese.

Yiguandao, meaning the Consistent Way or Persistent Way, is a Chinese folk religious sect that emerged from the Xiantiandao tradition in the late 19th century, in Shandong, to become China's most important redemptive society in the 1930s and 1940s, especially during the Japanese invasion. In the 1930s Yiguandao spread rapidly throughout China led by Zhang Tianran, who is the eighteenth patriarch of the Xiantiandao lineage, among thousands of other movements that thrived since the collapse of the Qing dynasty in 1911.

Mou Zongsan was a Chinese New Confucian philosopher. He was born in Shandong province and graduated from Peking University. In 1949 he moved to Taiwan and later to Hong Kong, and he remained outside of mainland China for the rest of his life. His thought was heavily influenced by Immanuel Kant, whose three Critiques he translated, possibly first, into Chinese, and above all by Tiantai Buddhist philosophy.

"A Manifesto for a Re-appraisal of Sinology and Reconstruction of Chinese Culture" is an essay originally published in China and Taiwan in 1958. The essay's collective authors included Carsun Chang, Tang Chun-I, Mou Tsung-san, and Hsu Fo-kuan, all “New Confucianism” scholars and notable students of Xiong Shili. 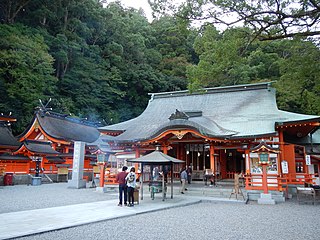 Religion in Japan is dominated by Shinto and by Buddhism. According to surveys carried out in 2006 and 2008, less than 40% of the population of Japan identifies with an organized religion: around 35% are Buddhists, 3% to 4% are members of Shinto sects and derived religions, and from fewer than 1% to 2.3% are Christians. 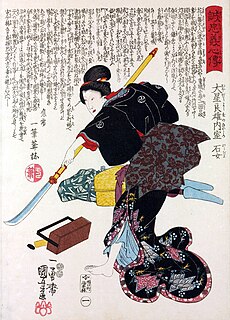 Naginatajutsu is the Japanese martial art of wielding the naginata (長刀). This is a weapon resembling the medieval European glaive. Most naginatajutsu practiced today is in a modernized form, a gendai budō, in which competitions also are held. 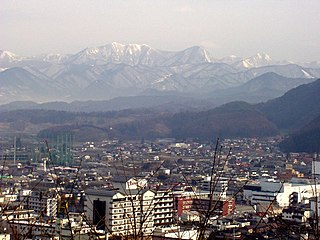 Tendō is a city located in Yamagata Prefecture, Japan. As of October 2015, the city had an estimated population of 61,781, and a population density of 547 persons per km2. The total area is 113.01 square kilometres.

DoCo is a pop group composed of five female Ranma ½ voice actresses. The performances are done in-character. DoCo has released three albums: DoCo★First, DoCo☆Second, and DoCo Original Karaoke. Some of the songs were translated and performed in English by DoCo U.S.A., the corresponding English language voice actors. Some of their songs were used as the opening and ending themes for the Ranma ½ OVA, as well as in music videos that accompanied the OVAs. A few songs also appear on various Ranma ½ musical albums.

ND Soft Stadium Yamagata (NDソフトスタジアム山形) is a multi-purpose stadium in Tendo, Yamagata, Japan. It is currently used mostly for football matches. It serves as a home ground of Montedio Yamagata. The stadium holds 20,315 people and was built in 1991.

Tendō or tendo can refer to:

Tendō Domain was a feudal domain in Edo period Japan, located in Dewa Province, Japan. It was centered in what is now the city of Tendō, Yamagata. Tendō was ruled by the tozama Oda clan, direct descendants of the famed Oda Nobunaga, throughout its history. Although styled with the honorific of "castle", the clan residence was in fact a jin'ya, or fortified house. 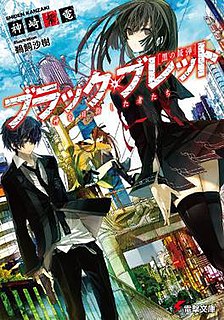 Black Bullet is a Japanese light novel series written by Shiden Kanzaki and illustrated by Saki Ukai, published under ASCII Media Works's Dengeki Bunko imprint. The series began publication on July 10, 2011, and 7 volumes have been published as of April 2014. A manga series began serialization on August 27, 2012 in ASCII Media Works's Dengeki Maoh. An anime adaptation by Kinema Citrus and Orange was announced at Dengeki Bunko's Autumn Festival 2013 on October 6, 2013. It aired from April 8, 2014 to July 1, 2014, and was simulcast outside Japan by Crunchyroll. The Black Bullet franchise was localized in three countries by several companies: the anime was licensed by Sentai Filmworks for North America, Animatsu Entertainment for the United Kingdom, and Hanabee for Australia. Both the manga and light novel series are published in North America by Yen Press. 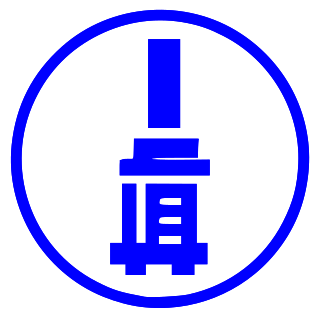 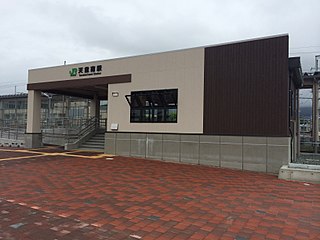