Tianjin Academy of Fine Arts (Chinese :天津美术学院; pinyin :Tiānjīn Měishù Xuéyuàn) is a university in Tianjin, China under the municipal government. Tianjin Academy of Fine Arts was founded in 1906 with the original name of Beiyang Female Normal School, which has a long history and it is also a comprehensive college providing a wide variety of subjects. It is the most important arts education center in the north part of China.

The Beiyang Women's Normal School was founded in 1906 by Lü Bicheng although Fine Art was not established at the school until 1926. In 1929 it became the Hebei Provincial Women's Normal Academy. In 1949 men were admitted to the facility and it was renamed the Henei Normal Arts Academy. In 1959 the part that dealt specifically with Fine Art became the Henei Academy of Fine Art. [1]

The academy has sufficient teaching staff. There are a group of art educators and famous scholars who have a high reputation both at home and abroad. Now the academy has 367 art teaching and administrative staff, among whom are nearly 200 full-time teachers including 95 professors and associate professors. TAFA has 3391 undergraduate students and 259 graduate students. [2] 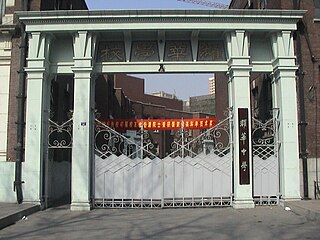 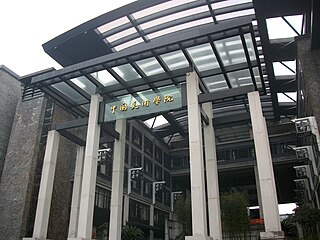 China Academy of Art, also translated as China National Academy of Fine Arts, was founded in Hangzhou in 1928 by the government of the Republic of China and the renowned educator Cai Yuanpei. It was the first art university and first graduate school in Chinese history. In 2016, the Academy has been approved to be jointly-administrated by Zhejiang Provincial Government, the Ministry of Education and the Ministry of Culture. It is a Chinese state Double First Class University Plan university. 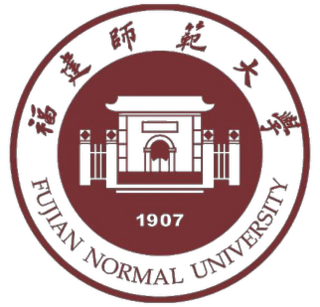 Fujian Normal University is a public university in Fuzhou, Fujian, China. FNU has been hailed as the province's "cradle of teachers." 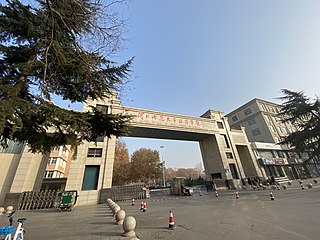 Hebei Normal University is a public research university in Shijiazhuang, Hebei province, China. It is a provincial key university with more than 100 years history, and is supported by both Hebei Province and Education Department of China.

Bezalel Academy of Arts and Design is a public college of design and art located in Jerusalem, Israel. Established in 1906 by Jewish painter and sculptor Boris Schatz, Bezalel is Israel's oldest institution of higher education. It is named for the Biblical figure Bezalel, son of Uri, who was appointed by Moses to oversee the design and construction of the Tabernacle. The art created by Bezalel's students and professors in the early 1900s is considered the springboard for Israeli visual arts in the 20th century.

Visual arts education is the area of learning that is based upon the kind of art that one can see, visual arts—drawing, painting, sculpture, printmaking, and design in jewelry, pottery, weaving, fabrics, etc. and design applied to more practical fields such as commercial graphics and home furnishings. Contemporary topics include photography, video, film, design, and computer art. Art education may focus on students creating art, on learning to criticize or appreciate art, or some combination of the two.

Wu Yihui 吳翼翬 was a Chinese martial artist and scholar. He was the first person to open teachings and spread the art of Liuhebafa in public, and was a prominent fighter and instructor who influenced many of the masters of his generation. 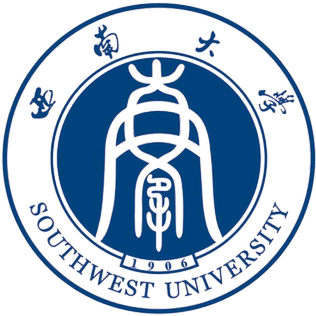 Southwest University is a comprehensive university in Chongqing, China. It is a Chinese state Double First Class University Plan university.

Joshibi University of Art and Design is a private women's art school in Suginami and Sagamihara in Japan.

Guangxi Arts Institute is an art school located in the city of Nanning, the capital of Guangxi Zhuang Autonomous Region in the People's Republic of China. 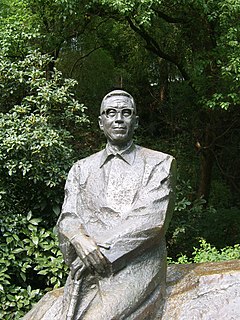 Pan Tianshou was a Chinese painter and art educator.

The Central Academy of Fine Arts or CAFA is an art academy managed by the Ministry of Education of China. The Manila Bulletin calls the school "China’s most prestigious and renowned art academy". It is considered one of the most selective schools in the country and turns away more than 90% of its applicants each year. CAFA is included in the Chinese state Double First Class University Plan as a Double First Class University. 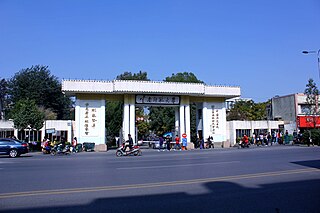 Hubei Institute of Fine Arts is an art college in China. It is the only top institution of higher learning in fine arts in central China. It is regarded as one of the best and most selective academies of fine arts in China. Its history dates back to 1920, making it the first private art school in modern China. As one of the three oldest art colleges, it is also one of the cradles of higher education of fine arts in modern China. It is located in Hubei Province's capital Wuhan, known as "the thoroughfare leading to nine provinces". Located in Wuhan, the industrial, economic and cultural center of central China, Hubei Institute of Fine Arts is widely regarded as a top academy of multiple disciplines, including watercolor painting, Chinese painting, oil painting, mural painting, mixed media painting, printmaking, sculpture, etc. HIFA has two campuses and covers more than 488,000 square meters, which hold more than 500 faculty and staff members and more than 7,000 students.

Azerbaijan State Academy of Fine Arts is higher art school that is located in the city of Baku in Republic of Azerbaijan. It was founded in 2000 by a presidential decree. The academy aims the only higher education institution in the country that carrying out educational programs of specialized secondary school, high school and other levels of education in accordance with the requirements of higher art education. The academy is officially accredited by the Ministry of Education of Azerbaijan. ASAFA offers courses and programs in higher education degrees such as bachelor's degrees in several areas of study. Azerbaijan State Academy of Fine Arts prepares specialists in design, painting, theatrical and decorative arts, graphics, carpet artists, and sculpture. The academy has 102 professors and instructors, including 2 doctors of science, 13 professors, 7 candidates of science and 13 associate professors. Currently, there are more than 800 students study at the Azerbaijan State Academy of Fine Arts. The building of academy covers is 6,500 square meters and has 128 classrooms, different subject specific rooms, laboratories and workshops.