The Tianjin Lions or Tianjing Fierce Lions (天津雄狮) are a team in the China Baseball League, founded in 2002 as one of the league's four initial members. [1] Their home field is the 2,000-capacity Tian Ti Dodger Stadium in Tianjin.

The China Baseball League was a professional baseball league under the administration of Chinese Baseball Association, founded in 2002. The league suspended operations in 2012 due to financial troubles after the 2011 season, but returned in 2014. The league folded for good in 2016.

The Beijing Tigers is one of the four charter teams in the China Baseball League. The Tigers played at the 5,000-capacity Beijing Fengtai Baseball Field until 2006, when the stadium was destroyed and rebuilt as the Fengtai Softball Field. Their stadium for the 2006 season was relocated to Lucheng, a rural area to the south of Beijing. 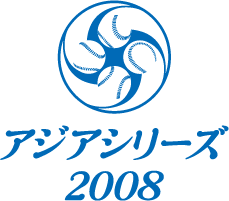 Zhang Zhenwang is a catcher in the New York Yankees organization. Zhang began his professional baseball career with the Tianjin Lions of the China Baseball League, leading them to the championship series in 2002, 2005 and 2006. He also was a member of the People's Republic of China National Team and participated in the 2006 World Baseball Classic

Catcher is a position for a baseball or softball player. When a batter takes his/her turn to hit, the catcher crouches behind home plate, in front of the (home) umpire, and receives the ball from the pitcher. In addition to this primary duty, the catcher is also called upon to master many other skills in order to field the position well. The role of the catcher is similar to that of the wicket-keeper in cricket.

The Japan Championship Series, or Japan Series is the annual championship series in Nippon Professional Baseball, the top baseball league in Japan. It is a seven-game series between the winning clubs of the league's two circuits, the Central League and the Pacific League. The Series is the highest level of play in professional baseball in Japan. It is usually played in October or November. As in all of the best-of-seven series, the first team to win four games is the overall winner and is declared the Japan Series Champion each year. The winner of the Japan Series also goes on to be the Japanese representative team in the annual Asia Series.

SK Wyverns Baseball Club is a South Korean professional baseball team founded in 2000. They are a member of the KBO League. Based in Incheon, they play their home games at Munhak Baseball Stadium. 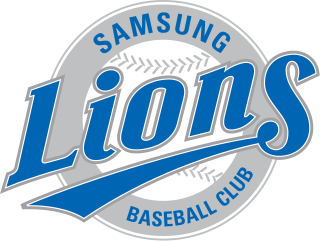 The Samsung Lions are a South Korean professional baseball team founded in 1982. They are based in the southeastern city of Daegu and are members of the KBO League. Their home stadium is Daegu Samsung Lions Park. They have won the Korean Series eight times. 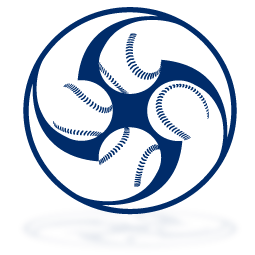 The Asia Series was an international club baseball competition, contested by the champions of all four of the professional leagues that are associated with the World Baseball Softball Confederation (WBSC) — Australian Baseball League (ABL), Chinese Professional Baseball League (CPBL), Korea Baseball Organization League, and Nippon Professional Baseball (NPB) — along with the CEB European Champion Cup holder and the host city, to bring the number of teams up to six.

The 2007 China Baseball League season saw the Tianjin Lions defeat the Guangdong Leopards in 3 games to 1 to win the Championship Series.

Chen Junyi is a Chinese baseball player who was a member of Team China at the 2008 Summer Olympics. He is nicknamed "The Little Unit" due to his slender body and mullet that resembles Randy Johnson.

Tianjin Bohai Bank Volleyball Club is a professional women's volleyball club based in Tianjin that plays in the Chinese Volleyball League.

The 2011 Asia Series was the fifth time the Asia Series has been held, and the first after a two-year break. The tournament was held in Taiwan, the first time it has been held outside Japan. Though originally scheduled to commence on 11 November, the tournament was postponed by two weeks to allow for the delayed finish to the Nippon Professional Baseball (NPB) season due to the Tōhoku earthquake and tsunami. The new schedule has the opening games to be played on 25 November, and the championship game concluded the tournament on 29 November.

The 2011 China Baseball League season saw the Tianjin Lions defeat the Guangdong Leopards in 3 games to 1 to win the Championship Series.

The 2006 China Baseball League season saw the Tianjin Lions defeat the Guangdong Leopards in 3 games to win the Championship Series.

The 2005 China Baseball League season saw the Beijing Tigers defeat the Tianjin Lions in 2 games to win the Championship Series.

The 2014 China Baseball League season was severely truncated, after being twice delayed, with each team only playing two three-game series before the finals between the top-ranked sides. The Tianjin Lions defeated the Beijing Tigers 2 games to 1 to win the championship.

Li Xin is a Chinese baseball pitcher who plays with the Tianjin Lions in the China Baseball League.