Sometime in the early 1950s, Yang Yupu (Chinese:杨玉璞) proposed that a senior high school be built in the Beichen District. Yang Yupu was the father of Yang Liandi (杨连弟) and the Municipal People's Representative of Tianjin. The school was established in 1954 as the first suburban Middle School and was financially supported by the government. In 1978, it was confirmed as one of the 19 top senior High Schools in Tianjin.

The school was split into two in 1997, becoming Huachen Middle School and Tianjin No. 47 High School. In 2002 the High School section relocated and it became a demonstration school. In 2012, Peking University ranked it as one of the best senior High Schools in China. 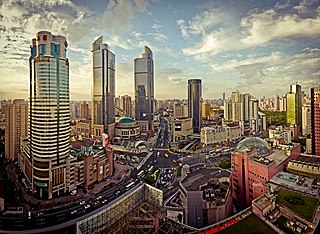 Zhengzhou No. 47 Middle School is one of the youngest and one of the most famous middle schools in Zhengzhou, the capital city of Henan Province, China.

Dalian No. 24 High School is a public high school in Dalian, Liaoning province, China. It has a great reputation around Northeastern China and is highly ranked among all high schools in China. It was known as the "Small Tsinghua in Northeastern China". It has a reputation for encouraging students to develop leadership skills and having a less pressing studying environment. The school is also keenly supported by the Dalian Municipal Education Bureau.

Number Seven Yucai Middle School, also called Yucai School Attached to Sichuan Chengdu No. 7 High School, is the middle school affiliated with No. 7 High School. In 1957, the growing city of Chengdu in Sichuan, China established No. 7 High School, the predecessor of today's Yucai. During the next forty years, the school expanded and altered its name, and was for a time known as No. 35. With guidance from the Chengdu Education Bureau, the school was reorganized again in 1997 to keep pace with its rapidly developing environment. Today the school sits under the jurisdiction of the Education Bureau of Chengdu's Jinjiang District.

Guangzhou High School, is a public secondary school in the southern Chinese city of Guangzhou (Canton). Founded in 1963, it was approved as a national demonstration senior high school in 2008. It used to be Guangzhou No. 47 High School until it was renamed in 2018.

Education in Beijing includes information about primary and secondary schools in Beijing.

Xining International Academy is an international school in Xining, Qinghai, China. It serves grades PreK through 12 and is located on the third floor of Xining No. 4 Secondary School (西宁第四高级中学). As of 2018 the school had about 80 students from 22 countries. 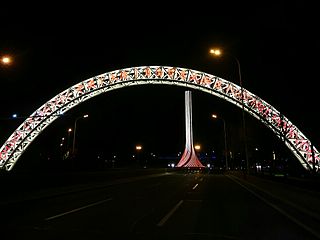 Tianjin Xinhua High School has a long history, was founded in 1914 by Li Luyi, Xia Jingru and others from Catholic Church. It was initially named by "Sheng Gong School"(simplified Chinese: 圣功学堂), and had several times changed its name, among others "Shenggong Girls middle school"(simplified Chinese: 圣功女中), Hebei University secondary school. In 1973 it got named by "Tianjin Xinhua middle school". In 1978, the school was notable as one of the first top schools in Tianjin; in 1994, the school was included in the "Chinese top school selection." It got notable as one of the first state-level demonstration high schools. Each year the school received more than 40 honors at all levels. The school is located in Machang Road 99, Hexi District, Tianjin, covers an area of 40,000 square meters. 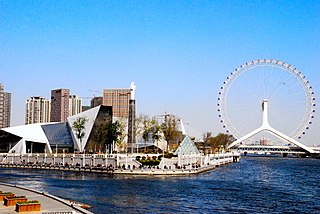 The city of Tianjin considers itself the original home or birthplace of Chinese industrial revolution. Modern industry started there with Tianjin Machine Factory which was established by the Qing government during the Self-Strengthening Movement. Afterwards,Yuan Shikai promoted new policies in Tianjin. Numerous modern industrial enterprises mushroomed in Hebei New District in the northern bank of the Hai River. Including Zhou Xuexi, many industrialists established large enterprise groups that were managed by merchant and supervised by the government. By the beginning of the 20th century, Chinese private enterprises were booming. Among them is the most representative Yongli Alkali Factory which won the gold award and certificate in Philadelphia, the U.S. in 1926 by the sodium carbonate it produced. The factory was praised as "the symbol of developing important chemical industry of the Republic China". The development of Tianjin's modern industrial and the establishment of the Concessions in Tianjin contributed to the rapid expansion of modern Tianjin to become the biggest city and center of industry and commerce in northern China, as well as the second biggest city of industry, finance and trade in China. The development of Tianjin modern industry mainly went through four stages: initial period, evolution period, booming period and occupied period. Because of the industrial boom of Tianjin modern industry, the government of Tianjin built The Tianjin Museum of Modern Industry in Divergence estuary for commemoration.

Ningxiang No. 13 High School, commonly abbreviated as (Ningxiang) Shisanzhong, is a public coeducational high school in downtown Ningxiang, Hunan, China. The school is highly regarded in Ningxiang as one of the most selective and prestigious secondary institutions for its fine teaching features especially in literature and art subjects.