Tianjin University of Finance and Economics

Tianjin University of Finance and Economics (simplified Chinese :天津财经大学; traditional Chinese :天津財經大學; pinyin :Tiānjīn cáijīng dàxué, English acronym TUFE) is a university in Tianjin, China. The university was founded in 1958 and is one of the earliest offering applied economics and business administration in China.

In the early years of TUFE, the school was greatly contributed by faculty of the business school of Nankai University and other professors in north China. This was due to the readjustment of the national education system after the foundation of the PRC. The university is under the municipal government of Tianjin on 1 October 1969.

Now there are over 11,000 undergraduate and 1,300 graduate students on campus. There are 117 professors, 226 assistant professors in the university. A comprehensive educational system has been formed with levels from doctorate to bachelor programs in economics, business, management, law, science and engineering, education, literature and art. TUFE offers bachelor's and master's degrees in 33 areas and doctorates in statistics, accounting and finance. It is one of the universities permitted by the Ministry of Education to offer MBA programs, and among the first batch of universities authorized by the Academic Degree Committee of the State Council as early as 1987 to conduct educational programs with foreign universities and confer academic degrees of foreign countries. It is also one of the universities that offer the courses of Chinese Certified Public Accountants (CPA). The university has one of the exam center of Association of Chartered Certified Accountants (ACCA); there are test centers for both the "Chartered Association of Certified Accountants" (ACCA) of Great Britain and "Cambridge English Certificate".

Forty majors are offered, which can be classified into the following seven categories: economics, management, science, law, humanities, pedagogics and engineering. A comprehensive educational system has been formed which entails the enrollment of all sorts of students, namely, candidates working for the doctorate, master, bachelor and associate degrees as well as adult trainees and oversea students. There are 12 schools and departments, such as International Economics and trade, Banking, Accounting, Statistics, Law, Languages, Art and Information.

The main campus of the university is at 25 Zhujiang Road, Hexi District, Tianjin. Most departments and research center are in here. The Machangdao campus is in the central district of Tianjin near Tianjin Institute of Foreign Languages. The university covers 800,000 m², with a floor space of 455,600 m². The First Classroom Building and the Old Library in the 'west campus' is part of the history of TUFE. Along with TUFE library, the new classroom buildings and many new comprehensive buildings in the 'east campus' are the new faces of the university. The library boasts an extensive collection of books and reference materials in Chinese and other languages. Most current main economics journals such as the American Economic Review, Journal of Finance, and Quarterly Journal of Economics are available for all students for their independent research.

TUFE provides apartments with rooms normally shared by two or four students. Gyms and a sub-library are in the apartments area.

Because TUFE women's basketball team is the national champion for several consecutive years, the most popular game in TUFE is basketball.

The International Exchange Center is a multi-functional building with cafeteria, accommodation and classrooms. The elegant and comfortable interior provides a fine environment of studying and living for overseas students. The library welcomes the students with an extensive collection of books, spacious and quiet electronic reading-rooms. Overseas students can enjoy all kinds of sports at the stadium, gymnasium and swimming pool, and participate in activities such as parties and Chinese speech contest, named the "Summer at TUFE", to practice their Chinese language skills and demonstrate their achievements of study.

The university has always been actively engaged in international exchange, as evidenced by the fact that it has successively established liaisons with more than 50 universities and research institutes in about 20 countries and regions, such as the United States, Canada, Australia, New Zealand, Japan, South Korea, Malaysia, Singapore, India, Great Britain, France, Sweden, Russia, Germany, Belgium, Greece, etc. So far, more than 1,000 overseas students and students from Hong Kong, Macao and Taiwan have come to study in the university, among whom many have been conferred doctor, master or bachelor's degrees. 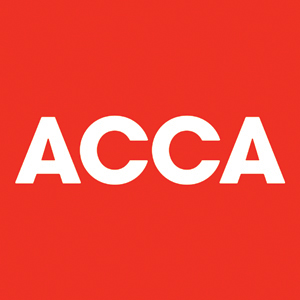 Griffith College is one of the two largest, and one of the longest established private third level college in Ireland.

Southwestern University of Finance and Economics is a prestigious national university in Chengdu, Sichuan province, China. The university is under the direct administration of the Ministry of Education and is famous for its faculty of business administration in China. The school is listed in both Project 211 and the 985 Innovative Platforms for Key Disciplines Project as part of the national endeavor to build world-class universities. It is a Chinese Ministry of Education Double First Class Discipline University, with Double First Class status in certain disciplines. In December 2014, SWUFE’s School of Business Administration (SBA) became the first business school in Western China to be accredited by the European Quality Improvement System.

Taylor's College is a college in Malaysia.

The University of Management and Technology (UMT) is one of Pakistan’s top private research universities located in Johar Town, Lahore, Pakistan. The University is chartered by the Government of the Punjab and is recognized by the Higher Education Commission of Pakistan (HEC) as a

Marin Barleti University (UMB) is a private institution of higher education in Albania named after the 15th-century historian/humanist, Marin Barleti, author of the historic account on the Skanderbeg epics. The university was established in 2005 by Marin Barleti Ltd, which is part of DUDAJ Group.

HELP University is a private university in Kuala Lumpur, Malaysia. It was founded in 1986 by its President, Paul Chan Tuck Hoong, and CEO Chan-Low Kam Yoke.

ICD Business School is a Business School located in the heart of Dublin Ireland. The College delivers QQI validated Level 8 and Level 9 Degrees, Master's degrees in Accountancy and Business Studies.

ESSCA School of Management is a large French business school.

CamEd Institute, also known as CamEd Business School, is an institute of higher education in Phnom Penh, Cambodia. It specializes in teaching accounting and finance and is a primary source of new hires for major audit firms in Cambodia.