The Tianjin University of Technology (simplified Chinese : 天津理工大学) is a municipal public university in Tianjin, China. The university is founded in 1981.

As an engineering based multi-discipline university, the university now has over 16,000 students, 988 teaching faculty and offers 45 Bachelor programs and 39 Master programs in areas such as science, engineering, humanities and management on 2 campuses. [3]

Technical College for the Deaf

Technical College for the Deaf (TUID, Chinese :聋人工学院; pinyin :lóng rén gōng xué yuàn), Tianjin University of Technology, a principal member of PEN-International, is thus far the only college of its kind in China, and one of the most famous technical colleges for the deaf in the world. It has good cooperative relations with other technical colleges for the deaf in the world, such as National Technical Institute for the Deaf (NTID), Rochester Institute of Technology (RIT) in the United States, and National University Corporation Tsukuba University of Technology (NTUT) in Japan.

In its history of fifteen years, over 300 students have entered the society as teachers, architects, public officials in federations of the disabled, and internet management. In recent years, all of the college's graduates have found employment. In May, 2006, its course of computer science and technology was awarded the title of Distinguished Major. [4]

The International College of Business and Technology offers the following bachelor's degree programs:

In 2018, Punjab Tianjin University of Technology was established with collaboration.

Nankai University is a national public research university located in Tianjin, China. It is a prestigious Chinese state Class A Double First Class University approved by the central government of China, and a member of the former project 985 and project 211 group of universities. It was founded in 1919, by educators Yan Xiu and Zhang Boling.

The Hebei University of Technology is a provincial public university in Tianjin, China. HEBUT is sponsored by Hebei Provincial People's Government, Tianjin Municipal People's Government and the Ministry of Education of China, which specializes in engineering studies and combines multiple academic areas including technology, science, economics, management and arts. HEBUT is first engineering-based university to launch MBA program in China, and only university in Tianjin province that offers EMBA.

Taiyuan University of Technology is a university in Taiyuan, Shanxi, China, under the authority of the provincial government. In 2012, it celebrated its 110th anniversary.

The University of Science and Technology Beijing, formerly known as Beijing Steel and Iron Institute (北京钢铁学院) before 1988, is a national key university in Haidian District, Beijing, China. USTB's metallurgy and materials science programmes are highly regarded in China. It is a Chinese state Double First Class University Plan university, identified by the Ministry of Education of China.

University of Shanghai for Science and Technology, founded in 1906, is a public university in Shanghai, China.

Tiangong University is a municipal public university in Tianjin, China.

Qingdao University of Science and Technology is a university located in Qingdao, China, colloquially known as Qingkeda (青科大). Having evolved from a college specializing in the chemical industry, it is now a comprehensive, multi-disciplinary university offering academic degrees in Science, Technology, Humanities, Business, Management, Medicine, Law and Arts. The school encompasses three campuses in Sifang and Laoshan districts of Qingdao and Gaomi district of Weifang.

The Chengdu University of Technology is a national public research university in Chengdu, Sichuan, China. An elite technology-focused institution, it is co-funded by the Ministry of Education of China, the Ministry of Natural Resources of China, and the Sichuan Provincial Government.

Nanjing University of Information Science and Technology, colloquially Nan Xin Da is an elite Chinese state Double First Class University Plan university approved by the Ministry of Education of China, located in northern part of Nanjing city, China. It is well known for meteorology research and education. In 2021, the university was among the world's top 500 universities, according to QS World University Rankings, but was dropped out in 2022. Also, in 2021 it was among top 800 universities, according to Times Higher Education World University Rankings, but fell down to the top 1000 universities category in 2022. Nature Index identified it as one of the top 50 universities of China in Earth and Environmental Sciences.

Guangdong University of Technology is a provincial university in Guangdong, China. The university offers a range of courses in engineering, science, technology, management, liberal arts and law, with major emphasis on the study of engineering. 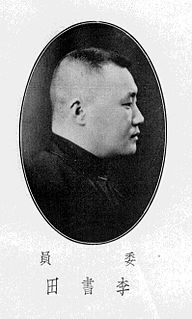 Shu-tian Li was a Chinese-American hydraulic engineer. After receiving a Ph.D. degree in engineering and economics from Cornell University in 1926, Li returned to China to assume a professorship at the Peiyang University. He became the executive officer of Northern China Hydraulic Commission in 1928. He was a founder of the Chinese Hydraulic Engineering Society and served as its deputy president and then president for six terms. Later he was appointed to lead the Yellow River Commission. 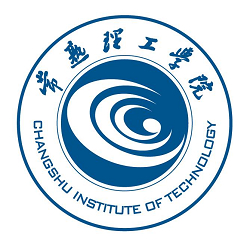 The Changshu Institute of Technology (CIT) is a provincial public university, which is characterized by polytechnic, application technology and teacher education. It is located in the center of the Yangtze Delta, in Changshu, a satellite city of Suzhou, Jiangsu, China. It is across a lake from Shajiabang. The university occupies about 594,000 square metres (6,390,000 sq ft). It is divided into the East Lake campus and the Southeast campus. It was grown out of Suzhou Normal College and was officially opened on 12 May 2004.

Hunan University of Technology is a university located in Zhuzhou, Hunan, China. As of April 2014, the university has five campuses, 37,907 students including 1,276 graduate students, and 1,793 faculty members. The university consists of 19 schools, with 60 undergraduate programs and 11 master's degree programs.