In the 1950s, the Government of the Republic of China acquire the agricultural lands around the area and developed it into a residential area to house the United States (US) Armed Forces during the Korean War to defend Taiwan from attack from Mainland China. [1] After the US armed forces left the island, the area began to degrade. In 2004, local residents requested the buildings to be preserved and later it was designated as historical site in 2005. In 2014, the house ownership was transferred from Bank of Taiwan to Taipei City Urban Regeneration Office. [2] The house was opened to the public on 20 July 2016.

The house was designed with American suburban housing architecture style in the 1950s. It integrates Western, Chinese and Japanese style. Initially built with red brick colored, the house was painted white in 2006 for The Magicians of Love movie shooting. [3]

Various activities have been held in the house aiming to promote physical and mental health.

Taiwan, officially the Republic of China (ROC), is a state in East Asia. Neighbouring states include the People's Republic of China (PRC) to the north-west, Japan to the north-east, and the Philippines to the south. The island of Taiwan has an area of 35,808 square kilometres (13,826 sq mi), with mountain ranges dominating the eastern two-thirds and plains in the western third, where its highly urbanised population is concentrated. Taipei is the capital and largest metropolitan area. Other major cities include Kaohsiung, Taichung, Tainan and Taoyuan. With 23.7 million inhabitants, Taiwan is among the most densely populated states, and is the most populous state and largest economy that is not a member of the United Nations (UN). 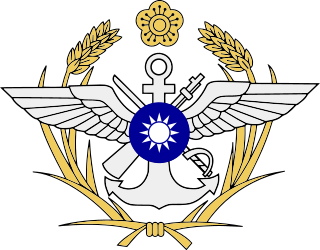 The Republic of China (ROC), referred to by many states as "Taiwan", is recognised by 14 out of 193 United Nations member states, as well as the Holy See. Historically, the ROC has required its diplomatic allies to recognize it as the sole legitimate government of China, but since the 1990s, its policy has changed into actively seeking dual recognition with the PRC. In addition to these relations, the ROC maintains unofficial relations with 57 UN member states via its representative offices and consulates.

Taipei, officially Taipei City, is the capital and a special municipality of Taiwan. Located in northern Taiwan, Taipei City is an enclave of the municipality of New Taipei City that sits about 25 km (16 mi) southwest of the northern port city Keelung. Most of the city is located in the Taipei Basin, an ancient lakebed. The basin is bounded by the relatively narrow valleys of the Keelung and Xindian rivers, which join to form the Tamsui River along the city's western border. 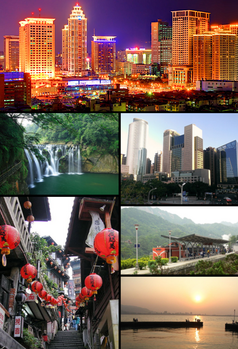 New Taipei City is a special municipality and the most populous city in Taiwan. Located in northern Taiwan, the city includes a substantial stretch of the island's northern coastline and surrounds the Taipei Basin, making it the second largest special municipality by area, behind Kaohsiung. New Taipei City is bordered by Keelung to the northeast, Yilan County to the southeast, and Taoyuan to the southwest. It completely surrounds Taipei. Banqiao District is its municipal seat and biggest commercial area. Until 2010, the area that roughly corresponds to the present New Taipei City was known as Taipei County. 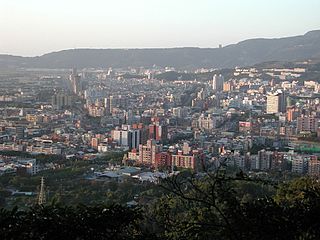 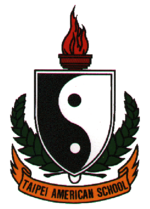 Taipei American School is a non-profit private international school with an American-based curriculum located in Tianmu, Shilin District, Taipei, Republic of China (Taiwan). TAS serves students from prekindergarten through grade 12. In the high school, students may choose from a range of courses, including honors, AP, and IB courses, as well as the full IB Diploma Program. 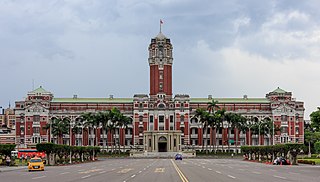 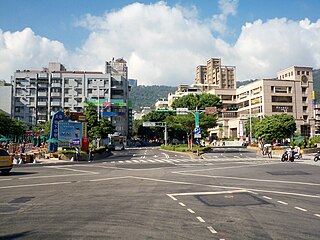 Tianmu is a neighborhood located in Shilin District, Taipei, Taiwan. Located on the northern border of the district, Tianmu borders the neighboring district of Beitou and Yangmingshan National Park. 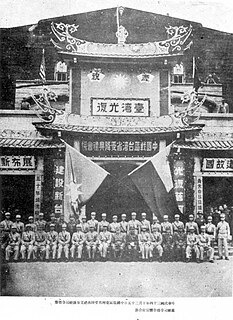 Retrocession Day is a name given to the annual observance and unofficial holiday in Taiwan to commemorate the end of 50 years of Japanese rule of Taiwan and Penghu, and their claimed handover to the Republic of China on 25 October 1945. However, the idea of "Taiwan retrocession" is in dispute.

Islam is a slowly growing religion in Taiwan and it represents about 0.3% of the population. There are around 60,000 Muslims in Taiwan, in which about 90% belong to the Hui ethnic group. There are also more than 180,000 foreign Muslims working in Taiwan from Indonesia, Malaysia, Thailand and the Philippines, as well as other nationalities from more than 30 countries. As of 2018, there are eleven mosques in Taiwan, with the most notable being the Taipei Grand Mosque, the oldest and largest one. 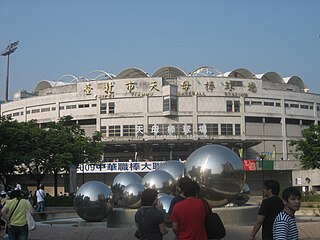 The Taipei Tianmu Baseball Stadium is a baseball stadium located in Tianmu Sport Park in Shilin District, Taipei, Taiwan. It was built in 1999, and mostly hosts baseball games. Originally designed as a community ballpark, Tianmu Stadium is located in a rather high price residential neighborhood of Tianmu, resulting in many sound and light restrictions in regard to the usage of the stadium. Because of this, professional games are only held over the weekends. 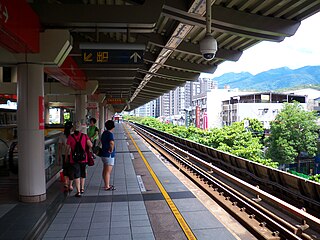 The Taipei Film House is a movie theater in Zhongshan District, Taipei, Taiwan. 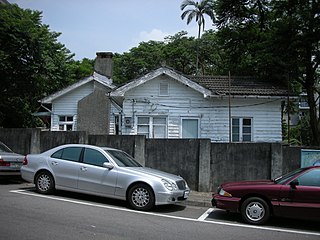 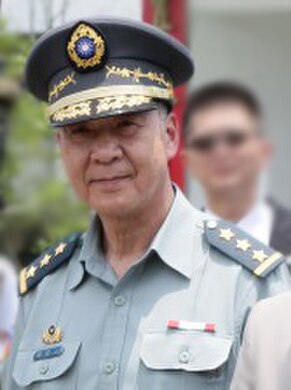 Chiu Kuo-cheng is a Taiwanese politician and retired general of the Republic of China Army. He is the current Director-General of National Security Bureau since 24 July 2019. He was the Chief of General Staff of the Republic of China Armed Forces from 1 December 2016 to 28 April 2017, and is a former Vice Minister of National Defense for Armaments. 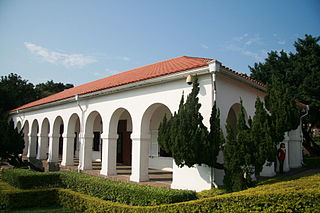