Tiantangwei railway station (Chinese :天堂围站, formerly Tin Tong Wai) was a station in Fenggang Town, Dongguan City, Guangdong Province, China. It is a level 4 station according to the scale of stations by the Chinese Ministry of Railways. It is on the Guangzhou-Shenzhen and Jingjiu Railways, opened in 1911 and closed in 2005.

South Lynn railway station was a station located in King's Lynn, Norfolk, on the Midland and Great Northern Joint Railway.

Dongguandong East railway station serves the city of Dongguan in Guangdong province, China. It is located in Dongguan's Changping Town. 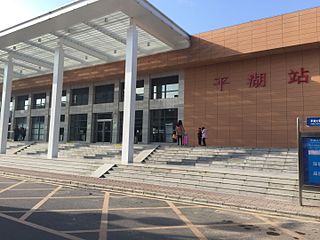 Pinghu railway station, formerly Ping Wu station, serves the town of Pinghu, Shenzhen, Guangdong, China. It is a stop on the Guangzhou–Shenzhen railway, and also the termini of Pinghu–Nanshan railway and Pinghu–Yantian railway. 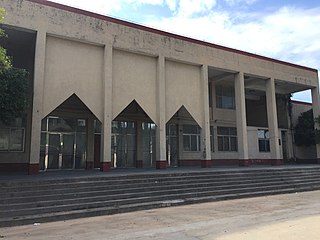 Longnan railway station serves Longnan County in the city of Ganzhou in Jiangxi province, China. Six trains pass through the station every day. 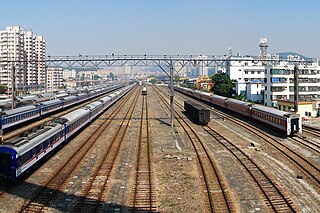 Sungang railway station, formerly "Shenzhen North railway station," is a freight station in Luohu District of Shenzhen, Guangdong, China. The current station was opened in June 1973 and is on Guangshen railway and Jingjiu railway.

Luohu station is an underground terminus of Line 1 of the Shenzhen Metro in Shenzhen, Guangdong Province, China. It is located beneath the East Plaza of Shenzhen railway station in Shenzhen's Luohu District. It is the second-busiest station in the network in terms of system entries and exits, with approximately 56,400 passengers a day. 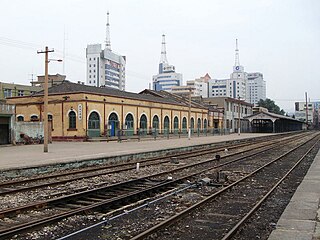 Hengdian East railway station is a railway station of the Shiwu Passenger Railway and the Beijing–Guangzhou–Shenzhen–Hong Kong High-Speed Railway. It is located in the People's Republic of China. 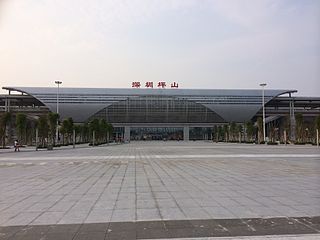 Buji Sub-district is the biggest sub-district of Longgang District, Shenzhen, Guangdong, China. The subdistrict contains Buji Town and Dafen Village. Located in the northeast section of Shenzhen City it is served by four metro stations and is home to the city's eastern train station, Shenzhen East Railway Station. 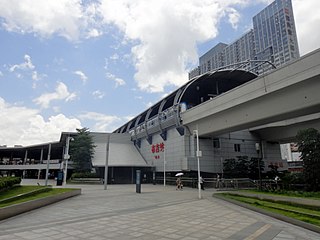 The Luohu Port is a port of entry of the People's Republic of China (PRC), located in Luohu District of Shenzhen in China, on the border of China and Hong Kong. Its counterpart in Hong Kong is the Lo Wu Control Point. 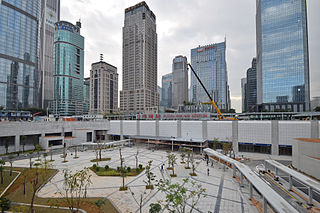 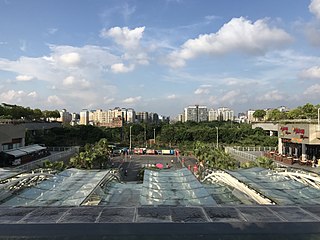 Longhua District is a district in Shenzhen, Guangdong, People's Republic of China. It was created as a new district on 30 December 2011, and became a formal district on 11 October 2016. 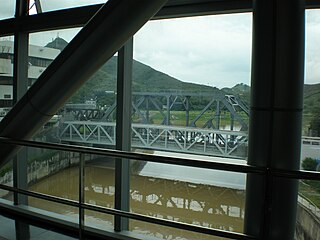