Tianya Club (Mandarin: Tiānyáshèqū 天涯社区 "End of the World" Club) is one of the most popular Internet forums in China. [1] As of 2015, it is ranked by Alexa as the 11th most visited site in the People's Republic of China and 60th overall. [2] It was founded on 14 February 1999.

Tianya Club has been involved in Chinese news stories such as a revival of the 1995 Tsinghua University poisoning story about Zhu Ling. [4] 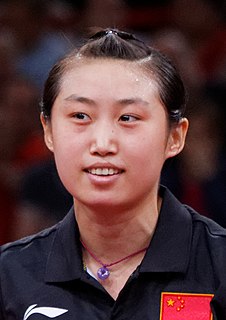 Fuck Off was a contemporary art exhibition which ran alongside the Third Shanghai Biennale (2000) in Shanghai, China. The exhibition's title translates as "Uncooperative Attitude" in Chinese, but the blunter English language sentiment was deemed preferable. The exhibition encompassed conceptual, performance, and protest art. 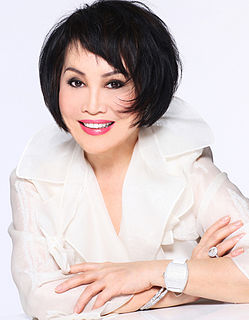 Yue-Sai Kan is a television host and producer, successful entrepreneur, fashion icon, bestselling author and humanitarian. People magazine called her "the most famous woman in China" and Time magazine proclaimed her "the Queen of the Middle Kingdom."

Jiangnan sizhu is a style of traditional Chinese instrumental music from the Jiangnan region of China.

Hanxin was an notorious Chinese academic fraudulence case, committed in the name of a digital signal processing (DSP) microchip. Chen Jin, a professor at Shanghai Jiao Tong University claimed to have developed the chip in 2003. The Hanxin 1 was reportedly the first DSP chip to have been wholly developed in China. However, the chip was later revealed to have been developed by Freescale Semiconductors, a former Motorola subsidiary, with the original identifications sandpapered away.

Human flesh search engine is a Chinese term for the phenomenon of distributed researching using Internet media such as blogs and forums. Internet media, namely dedicated websites and Internet forums, are in fact platforms that enable the broadcast of request and action plans concerning human flesh search and that allow the sharing of online and offline search results. Human flesh search has two eminent characteristics. First, it involves strong offline elements including information acquisition through offline channels and other types of offline activism. Second, it always relies on voluntary crowd sourcing: Web users gather together to share information, conduct investigations, and perform other actions concerning people or events of common interest.

50 Cent Party, 50 Cent Army and wumao are terms for Internet commentators who are hired by the authorities of the People's Republic of China to manipulate public opinion and disseminate disinformation to the benefit of the governing Chinese Communist Party (CCP). It was created during the early phases of the Internet's rollout to the wider public in China.

Lou Jing is a Chinese talent show contestant from Shanghai. She was born to a Chinese mother and an African American father, who left China before she was born and has lost contact ever since. Her mother raised her as a single mother. She entered the Shanghai-based Dragon TV's Go Oriental Angel talent quest in August 2009, where she became one of the five finalists from Shanghai.

China International Copyright Expo is an annual event that brings companies and organizations, both governmental and independent, to China to discuss various aspects of copyright and intellectual property rights (IPR). The Expo was first held in 2008 and was attended by experts and organizations from countries such as the United States, the United Kingdom, Germany, Japan, South Korea, and many more. The Expo "actively builds an international copyright trade platform, which is focused on industry exchange and trade, this expo consists of four parts; International Copyright Forum, Industrial Exhibition, Thematic Activities, and Cultural Performance Activities."

This article contains the details of the pavilions in Expo 2010. The 2010 World Expo Shanghai is the largest Expo site ever, covering more than 5.2 square kilometres and containing more than 70 exposition pavilions. More than 190 countries and 50 international organizations registered to participate in the 2010 Shanghai Expo. After the six-month run, the Expo had attracted well over 70 million visitors. The Expo 2010 is also the most expensive fair in the history of World's Fair, with more than 45 billion US dollars invested from the Chinese Government. 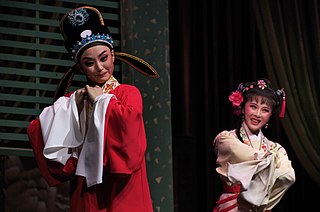 Little Fatty is an internet meme involving superimposing the face of a boy on various photographs. Because of the internet meme and the resulting sudden fame, the boy, Qian Zhijun, decided to become a public figure, and he became a major celebrity and an actor in China. The "Little Fatty" meme is an example of earlier e gao works, which mainly consisted of images edited in Adobe Photoshop. 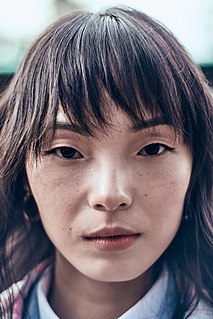 Xiao Wen Ju is a Chinese model. She was the first model of Chinese descent to be the face of Marc Jacobs.

Little Moon Moon was a Chinese internet celebrity in 2010; however she was suspected to be a fake person and part of a Chinese internet publicity stunt organized by Tianya Forum. As the main character of a post named “I thank this obnoxious friend for bringing me such a dismal National Day” composed by Chinese netizen Rong Rong on Tianya, "Little Moon Moon went from the Internet into reality, becoming famous all over." She is described as fat, crazy and obnoxious by the author. Since Little Moon Moon was portrayed as an unbelievable, shocking, annoying and obnoxious woman, and the posts were written during the seven-day National Day vacation in China, she became an overnight sensation. Nevertheless, after investigation, Little Moon Moon turned out to be a fake person composed by writer Xu Jiayi to maintain the shrinking influence of Tianya forum.

Xiao Hui Wang is a Chinese artist, author and socialite who works mainly in photography, sculpture, design, and media art. Her work has been exhibited internationally, and she has been the recipient of numerous awards and honors; the city of Suzhou has named an art institution after her, a rare honor for a living artist. She has been profiled by the prestigious Hong Kong magazine Phoenix Weekly as one of the Top Fifty Most Influential Chinese Worldwide. She has been a professor at Shanghai's Tongji University since 2003, where she runs the Xiao Hui Wang Art Center. She divides her time between China and Germany.