Last updated May 30, 2022
Mexican actress (born 1974)
In this Spanish name, the first or paternal surname is Scandaand the second or maternal family name is Flores. 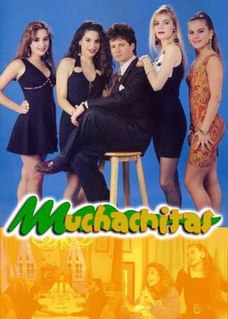 Muchachitas is a Mexican telenovela produced by Emilio Larrosa for Televisa in 1991. The telenovela was also shown on Univisión in the early 1990s.

Without a Trace is a 2000 Mexican film directed by Maria Novaro and starring Tiaré Scanda, Aitana Sánchez-Gijón, Jesús Ochoa, José Sefamí, Martín Altomaro, Juan Manuel Bernal and Walberto Goldstein. The film follows Ana, a fake Mayan art smuggler, and Aurelia, a maquiladora worker, flee from Ciudad Juárez, Chihuahua in Northern Mexico and those who pursue them to Cancún in the Yucatán peninsula province of Quintana Roo. The two women fight, murder, run, and become an odd couple of friends as they run from the Federales and an ex-boyfriend narcotics trafficker. 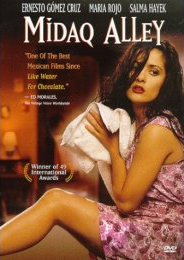 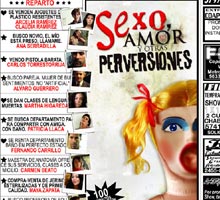 Sexo, amor y otras perversiones is a 2006 Mexican film made up of eight short films directed by the renowned Mexican film directors:

Laberintos de pasión is a Mexican telenovela produced by Ernesto Alonso for Televisa. It aired on Canal de Las Estrellas from October 4, 1999 to January 21, 2000. 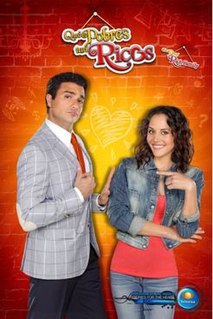 Qué pobres tan ricos, is a Mexican telenovela produced by Rosy Ocampo and broadcast by Canal de las Estrellas. It is based on Colombian telenovela Pobres Rico. 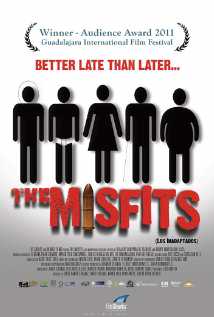 The Misfits, is a Mexican film, written and starring Luis Arrieta in 2011. It features performances of Ana Serradilla, Luis Ernesto Franco, Paola Núñez and Tiaré Scanda. 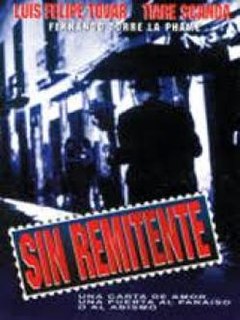 Sin Remitente is a 1995 Mexican drama film written and directed by Carlos Carrera. The film was entered into the main competition at the 52nd edition of the Venice Film Festival. It also won three Ariel Awards, for best picture, best direction and best actor.

Buscando el paraíso is a Mexican telenovela produced by Luis de Llano Macedo and Marco Flavio Cruz for Televisa in 1993.

La culpa is a Mexican telenovela produced by Yuri Breña and Pinkye Morris for Televisa. It premiered on Canal de las Estrellas on August 12, 1996 and ended on October 11, 1996. 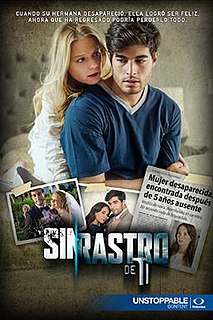 Sin rastro de ti is a Mexican telenovela produced by Silvia Cano for Televisa, based on an original story by Carlos Quintanilla Sakar and Adriana Pelusi. The series premiered on September 9, 2016, through the Televisa-owned Blim TV streaming platform.

Everybody Loves Somebody is a 2017 Mexican romantic comedy film written and directed by Catalina Aguilar Mastretta, and starring Karla Souza and José María Yazpik. 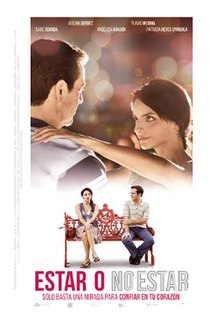 Being or Not Being is a 2015 Mexican drama film, directed by Marcelo González. The film stars Flavio Medina and Aislinn Derbez and was filmed in Tlacotalpan, Veracruz and Xalapa in the Mexican state of Veracruz. In the film, Augusto (Medina) is a forty-six years old single man who relocates to another city following his mother's passing. He meets Nástenska (Derbez) and falls in love with her. The film is González first feature film and received six nominations for the 2017 Diosas de Plata awards winning for Best Supporting Actress and Best Cinematography. 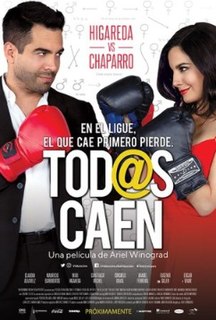 Tod@s caen is a 2019 Mexican romantic comedy film directed by Ariel Winograd from a screenplay by Cory Brusseau, and Martha Higareda. The film premiered on 20 September 2019, and is stars Higareda, and Omar Chaparro, along to Miriam Higareda, and Claudia Álvarez. The film is among the first and third place in the top of the highest-grossing film of 2019 in Mexico. .

Más sabe el Diablo por viejo is a 2018 Mexican comedy film directed by José Pepe Bojórquez, from a screenplay by Bojórquez, and Alfredo Félix-Díaz. It is an original story of Brad Hall, and Ty Granoroli. The film premiered on 26 July 2018 in Mexico, and is stars Osvaldo Benavides, and Sandra Echeverría. 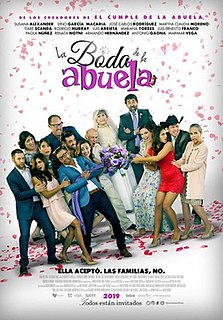 Grandma's Wedding is a 2019 Mexican romantic comedy film written and directed by Javier Colinas. The film stars Susana Alexander, Dino García and Luis Arrieta in the lead roles. It is a sequel to the 2015 film El cumple de la abuela. The film was predominantly shot in Cuernavaca, Morelos. The film was released on 11 October 2019 and received mixed reviews from critics. Most of the crew members who were part of the prequel were retained for the sequel. It was also streamed via Netflix on 5 February 2020.

You've Got This is a 2020 Mexican film directed by Salvador Espinosa, written by Tiaré Scanda and Leonardo Zimbrón and starring Tato Alexander, Moisés Arizmendi and Fernando Becerril.