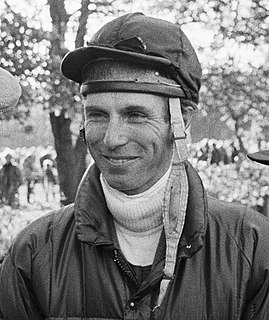 Captain Mark Anthony Peter Phillips is an English Olympic gold-medal-winning horseman for Great Britain and the first husband of Anne, Princess Royal, with whom he has two children. He remains a leading figure in British equestrian circles, a noted eventing course designer, and a columnist in Horse & Hound magazine.

The Northwest Angle, known simply as the Angle by locals, and coextensive with Angle Township, is a part of northern Lake of the Woods County, Minnesota. Except for minor surveying errors, it is the only place in the United States outside Alaska that is north of the 49th parallel, which forms the border between the U.S. and Canada from the Northwest Angle westward to the Strait of Georgia. The land area of the Angle is separated from the rest of Minnesota by Lake of the Woods, but shares a land border with Canada. It is one of the only six non-island locations in the 48 contiguous states that are practical exclaves of the U.S. It is the northernmost township in Minnesota and contains the northernmost point in the contiguous 48 states. The unincorporated community of Angle Inlet is located in the Northwest Angle.

The Anglo-German Fellowship was a membership organisation which existed from 1935 to 1939, and which aimed to build up friendship between the United Kingdom and Germany. It was widely perceived as being allied to Nazism. Previous groups in Britain with the same aims had been wound up when Adolf Hitler came to power. 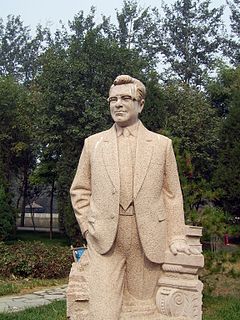 Henry Robin Ian Russell, 14th Duke of Bedford, DL was a British peer. He became better known to the public than most of his ancestors by appearing in three series of the reality television programme Country House, made by Tiger Aspect Productions for BBC Two. He was born at the Ritz in London to John Ian Robert Russell, Lord Howland and his first wife, Clare Gwendolyn Bridgman.

Peter Mark Andrew Phillips is a member of the British royal family. He is the elder child and only son of Anne, Princess Royal, and her first husband, Captain Mark Phillips. He is the eldest grandchild of Queen Elizabeth II and Prince Philip, Duke of Edinburgh. After graduating from university in 2000, he worked for Jaguar followed by WilliamsF1. In 2003, while working for WilliamsF1 in Canada, he met Autumn Kelly, whom he married in St George's Chapel at Windsor Castle in 2008. For many years Phillips has worked in the sports sponsorship and management fields. He is currently fourteenth in line of succession to the British throne. 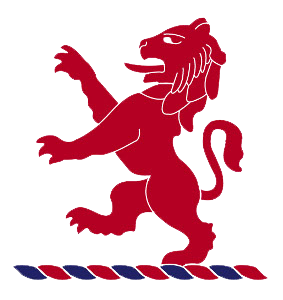 London Scottish Football Club is a rugby union club in England. The club is a member of both the Rugby Football Union and the Scottish Rugby Union. The club shares the Athletic Ground with Richmond.

Securicor plc was one of the United Kingdom's largest security businesses. It was once a constituent of the FTSE 100 Index but merged with Group 4 Falck in 2004.

Schroders plc is a British multinational asset management company, founded in 1804. The company employs over 4,700 people worldwide in 30 different countries around Europe, America, Asia, Africa and the Middle East. Headquartered in the City of London, it is traded on the London Stock Exchange and is a constituent of the FTSE 100 Index. Schroders has two share classes: voting shares (SDR.L) and non-voting shares (SDRC.L).

Geoffrey Lewis Tiarks was a British Anglican bishop. He was the Bishop of Maidstone in the latter part of the 20th century.

The northwesternmost point of the Lake of the Woods was a critical landmark for the boundary between U.S. territory and the British possessions to the north. This point was referred to in the Treaty of Paris in 1783 and in later treaties including the Treaty of 1818. This point lies at the corner of the Northwest Angle of Minnesota and is thus the northernmost point in the lower 48 United States. After Canadian Confederation, the point became the basis for the border between Manitoba and Ontario.

Henrietta Russell, Dowager Duchess of Bedford is a landowner and horse breeder, and the widow of Robin Russell, 14th Duke of Bedford, with whom she lived, at Woburn Abbey. Until her husband succeeded to the Dukedom in 2002, she was better known as the Marchioness of Tavistock. 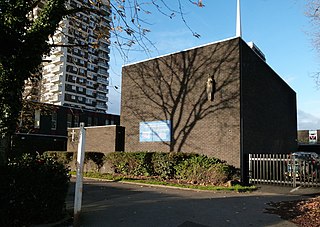