Tiberio d'Assisi (circa 1470-1524) [1] was an Italian painter of the Renaissance period, active in the early 16th century. He painted in the style of Pietro Perugino. He is also known as Tiberio Diatelevi or Tiberio di Assisi

Cimabue, also known as Cenni di Pepo or Cenni di Pepi, was an Italian painter and designer of mosaics from Florence. 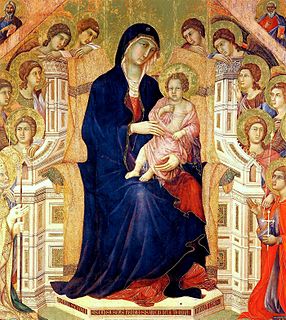 Duccio di Buoninsegna was an Italian painter active in Siena, Tuscany, in the late 13th and early 14th century. He was hired throughout his life to complete many important works in government and religious buildings around Italy. Duccio is considered one of the greatest Italian painters of the Middle Ages, and is credited with creating the painting styles of Trecento and the Sienese school. He also contributed significantly to the Sienese Gothic style. 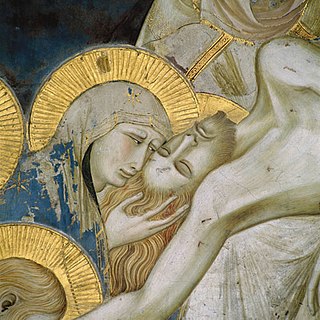 Pietro Lorenzetti or Pietro Laurati was an Italian painter, active between c.1306 and 1345. Together with his younger brother Ambrogio, he introduced naturalism into Sienese art. In their artistry and experiments with three-dimensional and spatial arrangements, the brothers foreshadowed the art of the Renaissance. 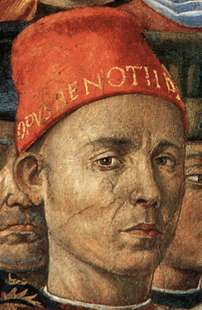 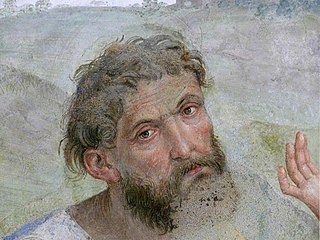 Lo Spagna, "the Spaniard" in Italian, was a painter of the High Renaissance, active in central Italy. His name was Giovanni di Pietro, but he was known as Lo Spagna because he was born in Spain. After Raphael, he was a main pupil and follower of the Umbrian painter Perugino, whose style his paintings develop. He should not be confused with Pietro di Giovanni D'Ambrogio of Siena. 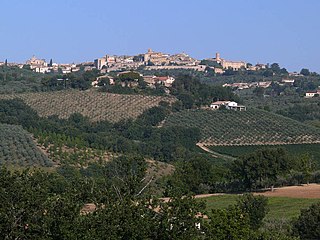 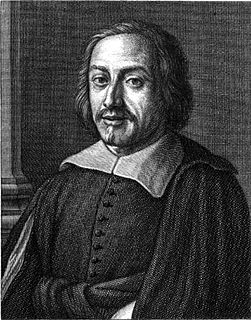 Bernardino Lanini or Lanino was an Italian painter of the Renaissance period, active mainly in Milan. 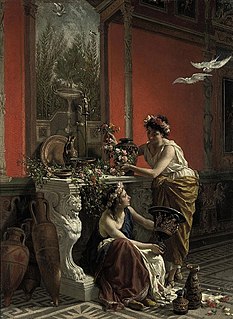 Aurelio Lomi was an Italian painter of the late-Renaissance and early-Baroque periods, active mainly in his native town of Pisa, Tuscany. 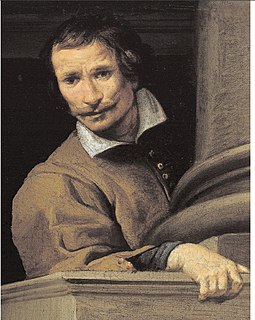 Bastiano di Bartolo Mainardi was an Italian painter of the Early Renaissance. He was born in San Gimignano and was active there and in Florence.

San Bernardino is a church in Verona, northern Italy. The church, in Gothic style, was built from 1451 to 1466.

Giotto di Bondone, known mononymously as Giotto and Latinised as Giottus, was an Italian painter and architect from Florence during the Late Middle Ages. He worked during the Gothic/Proto-Renaissance period. Giotto's contemporary, the banker and chronicler Giovanni Villani, wrote that Giotto was "the most sovereign master of painting in his time, who drew all his figures and their postures according to nature" and of his publicly recognized "talent and excellence". In his Lives of the Most Excellent Painters, Sculptors, and Architects, Giorgio Vasari described Giotto as making a decisive break with the prevalent Byzantine style and as initiating "the great art of painting as we know it today, introducing the technique of drawing accurately from life, which had been neglected for more than two hundred years".