Tiberkanine is a town and commune in northern Algeria. it is located in the western part of Aïn Defla Province, close to the border with Chlef Province. 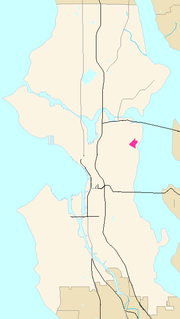 Washington Park is a neighborhood in east central Seattle, Washington, named after the city park to its northwest. It is bounded on the east by 38th and 37th Avenues E. and Hillside Drive E., beyond which are Madison Park and Denny-Blaine; on the south by Lake Washington Boulevard, beyond which is Denny-Blaine and Madison Valley; on the west by Washington Park, and on the north by the private Broadmoor community and golf club. Washington Park is home to many historic homes including one from 1907 that houses the current President of the University of Washington. This house is situated on 5 acres (20,000 m2) looking over Lake Washington and has grounds rivaled by few homes in the city. The house and land was donated to the University with the clause that it must be occupied by the President of U.W.

Darkhan is a sum (district) of Khentii Province in eastern Mongolia. Bor-Öndör city is 43 km S from the sum center.

Bogd is a sum (district) of Övörkhangai Province in southern Mongolia. In 2008, its population was 5,342. 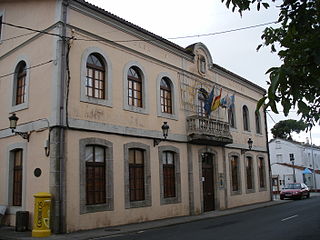 Paderne is a municipality of northwestern Spain in the province of A Coruña, in the autonomous community of Galicia. It belongs to the comarca of Betanzos. It has a population of 2,735 (2006) and an area of 38.3 km². It is 26 km from the provincial capital, A Coruña.

Tam Đường is a rural district of Lai Châu Province in the Northwest region of Vietnam. As of 2003 the district had a population of 41,235. The district covers an area of 758 km². The district capital lies at Tam Đường.

Stołpie is a village in the administrative district of Gmina Chełm, within Chełm County, Lublin Voivodeship, in eastern Poland. It lies approximately 13 kilometres (8 mi) north-west of Pokrówka, 12 km (7 mi) west of Chełm, and 53 km (33 mi) east of the regional capital Lublin.

Polkowo is a village in the administrative district of Gmina Sztabin, within Augustów County, province of Podlaskie Voivodeship, in north-eastern Poland.

Dębica-Kolonia is a village in the administrative district of Gmina Ostrówek, within Lubartów County, Lublin Voivodeship, in eastern Poland.

Leonów is a village in the administrative district of Gmina Niemce, within Lublin County, Lublin Voivodeship, in eastern Poland. It lies approximately 2 kilometres (1 mi) south of Niemce and 12 km (7 mi) north of the regional capital Lublin.

Qaraməmmədli is a village in the Fizuli Rayon of Azerbaijan.

Pine Hill is an unincorporated community in Humboldt County, California. It is located 2.5 miles (4 km) south of downtown Eureka, at an elevation of 135 feet. The area is now part of unincorporated Eureka. 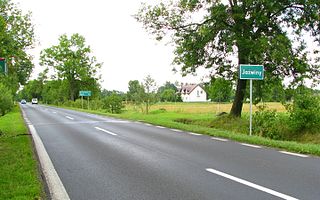 Jaźwiny is a village in the administrative district of Gmina Szczutowo, within Sierpc County, Masovian Voivodeship, in east-central Poland. It lies approximately 5 kilometres (3 mi) north-west of Sierpc and 122 km (76 mi) north-west of Warsaw. 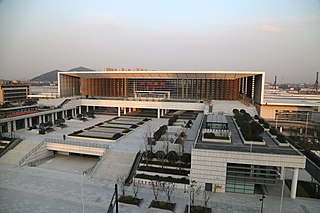 Rocciano is a frazione in the Province of Teramo in the Abruzzo region of Italy.

Øster Ulslev is a village in the southeast of the Danish island of Lolland. As of 2020, it has a population of 241.

İncekum Nature Park is a nature park in Turkey. It is at 36°37′38″N31°45′26″E in Avsallar town, on the Mediterranean Sea side between Antalya and Alanya to the south of the Turkish state highway D.400 connecting Antalya to Mersin. Its distance to Alanya is 24 kilometres (15 mi)