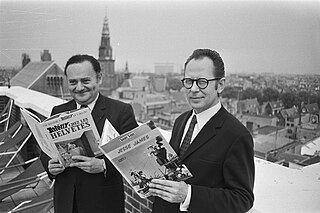 René Goscinny was a French comic editor and writer, who created the Astérix comic book series with illustrator Albert Uderzo. Raised largely in Buenos Aires, Argentina, where he attended French schools, he lived for a time in the United States. There he met Belgian cartoonist Morris. After his return to France, they collaborated for more than 20 years on the comic series Lucky Luke.

Bandes dessinées, abbreviated BDs and also referred to as Franco-Belgian comics, are comics that are usually originally in French and created for readership in France and Belgium. These countries have a long tradition in comics, separate from that of English-language comics. Belgium is a bilingual country, and comics originally in Dutch are culturally a part of the world of bandes dessinées; these are translated to French and concurrently sold to the French-reading audience. 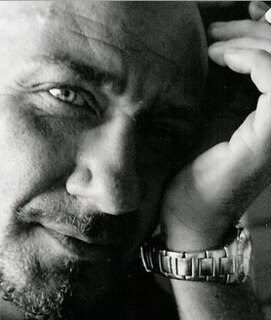 Philippe Vandevelde, working under the pseudonym Tome, was a Belgian comics writer. He was known for collaborations with Janry on Spirou et Fantasio and Le Petit Spirou, and with Luc Warnant and later Bruno Gazzotti on Soda. He also collaborated with Ralph Meyer on Berceuse assassine, and with Marc Hardy on Feux. Earlier in his career he was an assistant-artist for Dupa.

Joseph Gillain, better known by his pen name Jijé, was a Belgian comics artist, best known for being a seminal artist on the Spirou et Fantasio strip and the creator of one of the first major European western strips, Jerry Spring. 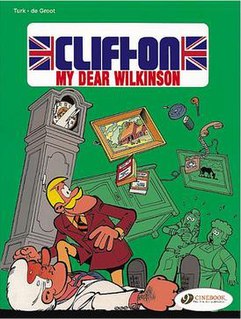 Clifton is a Franco-Belgian comics series in the humorous spy-genre, featuring the exploits of Colonel Sir Harold Wilberforce Clifton. It was created by Raymond Macherot in 1959, and has since passed on to other artists and writers. Over the fifty years of publication of the Clifton series, approximately twenty albums and twenty smaller stories have been published, totalling about 800 pages.

Raymond Macherot was a Belgian cartoonist. Although not nearly as famous as fellow Belgian cartoonists such as Hergé or André Franquin, Macherot's work, both as artist and writer, remains highly regarded among critics and collectors. 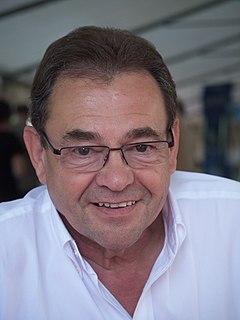 Bob de Groot is a Belgian comics artist and writer, born on 26 October 1941 in Brussels, to Dutch and French parents.

Le Lombard, known as Les Éditions du Lombard until 1989, is a Belgian comic book publisher established in 1946 when Tintin magazine was launched. Le Lombard is now part of Média-Participations, alongside publishers Dargaud and Dupuis, with each entity maintaining its editorial independence. 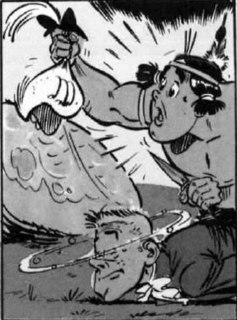 Oumpah-pah le Peau-Rouge is a comics series created by comics artist Albert Uderzo and comics author René Goscinny, best known as the creators of Asterix. The series first appeared in the weekly Tintin magazine in 1958 though it remained serialised for a relatively short time, ending in 1962. The stories were published in book form by Lombard and Dargaud starting in 1961. In 1995, the series was reissued by Albert Uderzo's own publishing house, Les Éditions Albert-René.

Tintin was a weekly Franco-Belgian comics magazine of the second half of the 20th century. Subtitled "The Magazine for the Youth from 7 to 77", it was one of the major publications of the Franco-Belgian comics scene and published such notable series as Blake and Mortimer, Alix, and the principal title The Adventures of Tintin. Originally published by Le Lombard, the first issue was released in 1946, and it ceased publication in 1993.

Frédéric Othon Théodore Aristidès, known by his pseudonym Fred, was a French cartoonist in the Franco-Belgian comics tradition. He is best known for his series Philémon.

Willy Maltaite, better known by the pseudonym Will, was a Belgian comics creator and comics artist in the Franco-Belgian tradition. In the genre known in Francophone countries as bande dessinée, Will is one of the young cartoonists trained by Jijé, who made them live and work with him in his studio in Waterloo. He is considered one of la Bande des Quatre, and a founding member of the Marcinelle school.

Chick Bill is a Franco-Belgian humorous Western comic book series created by Tibet. It was first published in 1953 in the Franco-Belgian comics magazines Ons Volkske and Chez Nous Junior, and began serial publication on October 19, 1955, in Tintin magazine under the title Les aventures de Chick Bill le cow-boy. 70 books of the series were published, and it lasted until Tibet's death in 2010. Tibet wrote many of the scripts as well as drawing all the episodes, but various stories were written by André-Paul Duchâteau and Greg and one episode was scripted by René Goscinny. Frank Brichau was credited as co-illustrator for the last two books.

André-Paul Duchâteau was a Belgian comics writer and mystery novelist.

The Belgian Comic Strip Center is a museum in Brussels dedicated to Belgian comics. It is located at 20, rue des Sables/Zandstraat, and is served by the Brussels-Congress railway station. 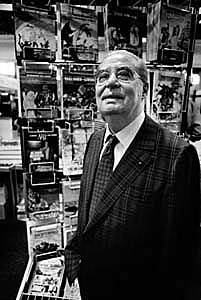 Georges Dargaud was a French publisher of comics, most famously Tintin magazine, Asterix, and Lucky Luke, through his Dargaud company.