Tibetan Bells may refer to: 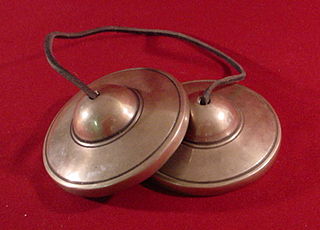 Tibetan tingsha are small cymbals used in prayer and rituals by Tibetan Buddhist practitioners. Two cymbals are joined together by a leather strap or chain. The cymbals are struck together producing a clear and high pitched tone. Typical sizes range from 2.5–4 inches in diameter. Tingsha are very thick and produce a unique long ringing tone. Antique tingsha were made from special bronze alloys that produce harmonic overtones.

The shang is a Tibetan ritual upturned flat handbell employed by Bonpos and shamans.

Tibetan Bells is a 1972 album by Henry Wolff and Nancy Hennings. It was the first recording to use Tibetan bells and singing bowls, and helped establish some of the fundamentals of new-age music.

Buddhist symbolism is the method of Buddhist art to represent certain aspects of dharma, which began in the fourth century BCE. Anthropomorphic symbolism appeared from around the first century CE with the arts of Mathura the Greco-Buddhist art of Gandhara, and were combined with the previous symbols. Various symbolic innovations were later introduced, especially through [Tibetan Buddhism] 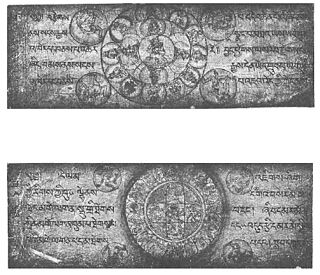 The Bardo Thodol is a text from a larger corpus of teachings, the Profound Dharma of Self-Liberation through the Intention of the Peaceful and Wrathful Ones, revealed by Karma Lingpa (1326–1386). It is the best-known work of Nyingma literature, and is known in the West as the Tibetan Book of the Dead.

The music of Tibet reflects the cultural heritage of the trans-Himalayan region, centered in Tibet but also known wherever ethnic Tibetan groups are found in Nepal, Bhutan, India and further abroad. First and foremost Tibetan music is religious music, reflecting the profound influence of Tibetan Buddhism on the culture.

Nancy Hennings is an American musician who teamed up with Henry Wolff to make the album Tibetan Bells in 1971, one of the pioneering LPs of new-age music. In 1982, with the assistance of Wolff and Grateful Dead drummer Mickey Hart, she produced the mysterious sounding Yamantaka. She also contributed to the other Tibetan Bells albums Tibetan Bells II, Tibetan Bells III and The Bells of Sha'ng Shu'ng.

Tibetology refers to the study of things related to Tibet, including its history, religion, language, culture, politics and the collection of Tibetan articles of historical, cultural and religious significance. The last may mean a collection of Tibetan statues, shrines, Buddhist icons and holy scripts, Thangka embroideries, paintings and tapestries, jewellery, masks and other objects of fine Tibetan art and craftsmanship. 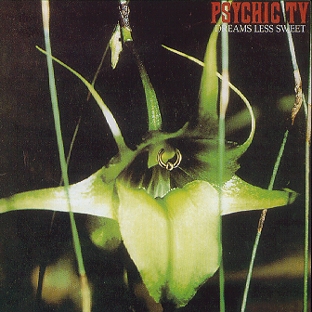 Sir Charles Alfred Bell, KCIE CMG was the British Political Officer for Bhutan, Sikkim and Tibet. He was known as "British India's ambassador to Tibet" before retiring and becoming a noted tibetologist.

The Tibetan National Anthem, known as Gyallu, was written by Trijang Rinpoche in 1950. It is used by Tibetan Government in Exile but is strictly banned by the People's Republic of China, including in Tibetan areas.

Naninani II is an album of improvised music by American composer and saxophonist/multi-instrumentalist John Zorn and Yamataka Eye. It is a sequel to their previous album Nani Nani which was released in 1995.

The nation state of Tibet from 1912 to 1951 came into being in the aftermath of the collapse of the Qing dynasty in 1912, and lasted until the incorporation of Tibet into the People's Republic of China. The Tibetan Ganden Phodrang regime was Protectorate of the Qing until 1912, when the Provisional Government of the Republic of China replaced the Qing dynasty as the government of China, and signed a treaty with the Qing government inheriting all territories of the previous dynasty into the new republic, giving Tibet the status of a "Protectorate" with high levels of autonomy as it was Protectorate under the dynasty. At the same time, Tibet was also a British Protectorate. However, at the same time, several Tibetan representatives signed a treaty between Tibet and Mongolia proclaiming mutual recognition and their independence from China, although the Government of the Republic of China did not recognize its legitimacy. With the high levels of autonomy and the "proclaiming of independence" by several Tibetan representatives, this period of Tibet is often described as "de facto independent", especially by some Tibetan independence supporters, although most countries of the world, as well as the United Nations, recognized Tibet as a part of the Republic of China. 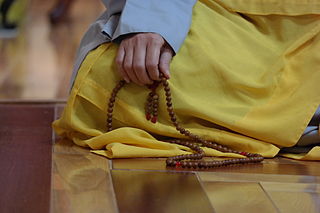 Buddhist prayer beads or malas are a traditional tool used to count the number of times a mantra is recited, breaths while meditating, counting prostrations, or the repetitions of a buddha's name. They are similar to other forms of prayer beads used in various world religions and therefore the term "Buddhist rosary" also appears.

Eternal Now is an album by trumpeter Don Cherry recorded in 1973 and released on the Swedish Sonet label.

Nosferatu is an album by John Zorn released on the Tzadik label in April 2012 on the 100th Anniversary of Bram Stoker's death.