Tibetans have been in Switzerland since the 1960s, when the Swiss Red Cross helped resettle 300 Tibetans in Switzerland. In addition, approximately 150 Tibetan orphans were adopted by Swiss families.

A number of Tibetans settled in the mountains of the Swiss Alps, because of its homelike terrain. [2] The Tibetan children had some difficulty in school, due to the massive language barrier between German and Tibetan. But soon enough, the Tibetans were able to gain enough fluency in German, and were able to sit in the same class as regular Swiss children. [3] Many of these Tibetan children would assimilate into the Swiss society, and would become "culturally confused". [4] Some Swiss people even learned to speak in some Tibetan. [3]

In 1968, in the village of Rikon im Tösstal, the Tibet Institute Rikon was established. It is the only Tibetan monastery in Switzerland.

With over 4,000 residing in the country in 2011, Tibetans make up the second largest Asian immigrant group in Switzerland, right behind Filipinos. [1]

In the Tibetan diaspora, the Swiss community is the largest in Europe and one of the largest outside of the Himalayas and United States.

A diaspora is a scattered population whose origin lies in a separate geographic locale. Historically, the word diaspora was used to refer to the mass dispersion of a population from its indigenous territories, specifically the dispersion of Jews from the ancient Kingdoms of Israel and Judea. Whilst the word was originally used to describe the forced displacement of certain peoples, "diasporas" is now generally used to describe those who identify with a geographic location, but now reside elsewhere. 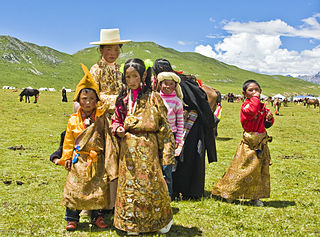 The Tibetan people are an East Asian ethnic group native to Tibet. Their current population is estimated to be around 6.7 million. In addition to the majority living in Tibet Autonomous Region of China, significant numbers of Tibetans live in the Chinese provinces of Gansu, Qinghai, Sichuan and Yunnan, as well as in India, Pakistan, Nepal and Bhutan. 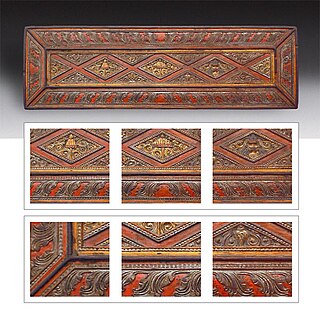 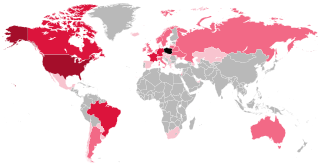 Zell is a municipality in the district of Winterthur in the canton of Zürich in Switzerland.

According to the 2000 census of Switzerland, 21,305 Swiss residents self-identified as Buddhists. About a third of them were born in Thailand.

The Albanians in Switzerland are Albanian migrants in Switzerland and their descendants. They mostly trace their origins to Kosovo, North Macedonia and to a lesser extent to Albania and other Albanian-speaking territories in the Balkan Peninsula. Their exact number is difficult to determine as some ethnic Albanians holds North Macedonian, Serbian or another Former Yugoslavian citizenship.

Rikon im Tösstal is a village within the municipality of Zell in the canton of Zurich in Switzerland.

The Kunpan Cultural School, provided by the Swiss-Tibetan foundation ES Tibet, is located in Dharamshala in the Indian state of Himachal Pradesh. 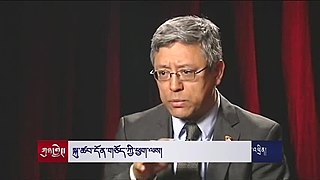 Tseten Samdup Chhoekyapa is an official of the Tibetan Government in Exile. He is the Representative of the Dalai Lama and the Tibetan Government in Exile for Central and Eastern Europe and the head of the Tibet Bureau in Geneva. He was appointed as Representative on 1 April 2008, succeeding Kelsang Gyaltsen. He has previously worked for the Tibetan exile government in India and London. He is a graduate of Columbia University in New York, and was born in Nepal after his parents had escaped from Tibet in 1959, after the Annexation of Tibet by the People's Republic of China.

About a quarter of a million German nationals had permanent residence in Switzerland in 2009, rising to some 300 thousand five years later. Accounting for multiple citizenships the number of German nationals living in Switzerlands is much higher, at about 450,000 in 2019. For the Germans, Switzerland became the most appreciated country to settle in, to find work or to study. The "surge" of immigration during the first decade of the 21st century, especially the German one, is a result of the EU-15 opening and, for students, of the Bologna Process.

Eisenvogel is a Swiss book published by the Swiss-Tibetan writer, filmdirector and actress Yangzom Brauen. The full title of the biography "Eisenvogel: Drei Frauen aus Tibet. Die Geschichte meiner Familie", literally means Iron bird, three women from Tibet, the history of my family. First published in 2009, the illustrated book is also distributed as paperback, eBook and audiobook in German language. 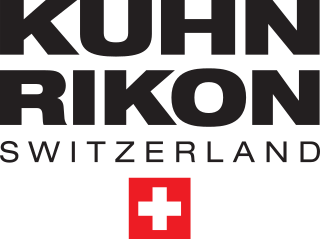 Kuhn Rikon is a Swiss cookware manufacturer based in Rikon im Tösstal, Zell, Switzerland. It is particularly known for pressure cookers sold under the brand name Duromatic, which is often used in Switzerland as a synonym for pressure cooker. The company is a family owned public limited company. The name Kuhn Rikon is also associated with the Tibet Institute Rikon, which was established by the co-founders of the business as a non-profit spiritual and cultural center for the exiled Tibetans in Switzerland.