Originally the srang was a weight unit, particularly to weigh silver and gold. It was equivalent to the Chinese liang (tael), i.e. to about 37.5 grams. 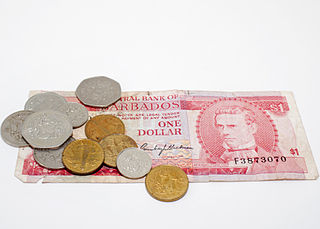 The Dollar has been the currency of Barbados since 1935. The present dollar has the ISO 4217 code BBD and is normally abbreviated with the dollar sign "$" to distinguish it from other dollar-denominated currencies. It is divided into 100 cents.

The Estonian mark was the currency of Estonia between 1918 and 1927. It was initially equivalent to the German ostmark, which had been circulating alongside the Russian ruble since the German occupation. It was divided into 100 penns. It was replaced in 1928 by the Estonian kroon at a rate of 1 kroon = 100 marka. 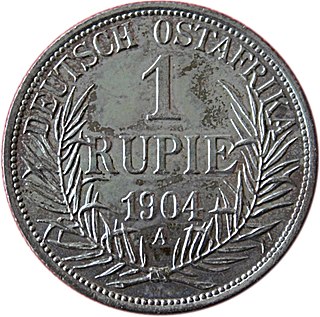 The Rupie was the currency of German East Africa between 1890 and 1916, continuing to circulate in the Tanganyika Territory until 1920. 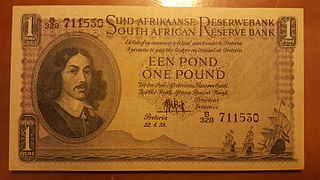 The pound was the currency of the Union of South Africa from the creation of the country as a British Dominion in 1910. It was replaced by the rand in 1961, the same year that South Africa became a republic. 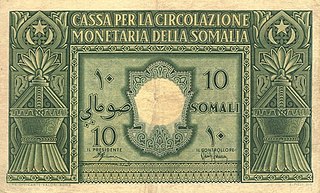 The Somalo was the currency of the Trust Territory of Somaliland administered by Italy between 1950 and 1960. The "Somalo" remained officially in use in the newly created Somali Republic until 1962. It was subdivided into 100 centesimi. 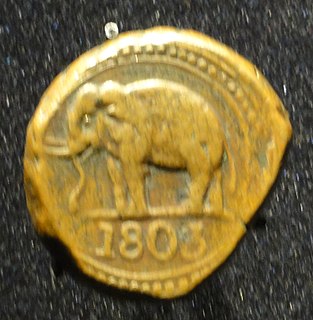 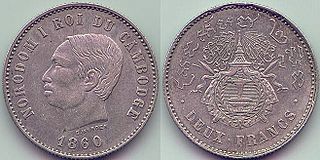 The franc was the currency of Cambodia between 1875 and 1885. It was equal to the French franc and was similarly subdivided into 100 centimes. It circulated alongside the piastre with 1 piastre = 5.37 francs. It replaced the tical and was replaced by the piastre. No paper money was issued.

The escudo was the currency of Portuguese Timor between 1959 and 1976. It replaced the pataca at a rate of 5.6 escudos = 1 pataca and was equivalent to the Portuguese escudo. It was replaced by the Indonesian rupiah following East Timor's occupation by Indonesia. The escudo was subdivided into 100 centavos.

The real was the currency of Colombia until 1837. No subdivisions of the real existed until after the real had ceased to be the primary unit of currency. However, 8 reales = 1 peso and 16 reales = 1 escudo. 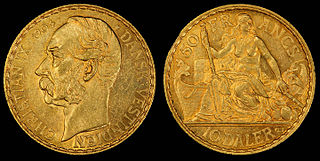 The franc was the currency of French Equatorial Africa. The French franc circulated, together with distinct banknotes from 1917 and coins from 1942. It was replaced by the CFA franc in 1945. 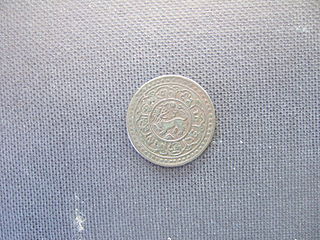 The Tibetan skar was a weight unit representing a 100th part of one srang or the 10th part of one sho. The term was also used to refer to monetary units in the first half of the 20th century when copper coins were issued by Tibet which had the denominations 1/2, 1, 2 and half, 5 and 7 and half skar. One unit is referred to as skar gang in Tibetan.