The Tibeto-Kanauri languages, also called Bodic, Bodish–Himalayish, and Western Tibeto-Burman, are a proposed intermediate level of classification of the Sino-Tibetan languages, centered on the Tibetic languages and the Kinnauri dialect cluster. The conception of the relationship, or if it is even a valid group, varies between researchers. Benedict (1972) originally posited the Tibeto-Kanauri aka Bodish–Himalayish relationship, but had a more expansive conception of Himalayish than generally found today, including Qiangic, Magaric, and Lepcha. Within Benedict's conception, Tibeto-Kanauri is one of seven linguistic nuclei, or centers of gravity along a spectrum, within Tibeto-Burman languages. The center-most nucleus identified by Benedict is the Jingpho language (including perhaps the Kachin–Luic and Tamangic languages); other peripheral nuclei besides Tibeto-Kanauri include the Kiranti languages (Bahing–Vayu and perhaps the Newar language); the Tani languages; the Bodo–Garo languages and perhaps the Konyak languages); the Kukish languages (Kuki–Naga plus perhaps the Karbi language, the Meitei language and the Mru language); and the Burmish languages (Lolo-Burmese languages, perhaps also the Nung language and Trung). [2]

Matisoff (1978, 2003) largely follows Benedict's scheme, stressing the teleological value of identifying related characteristics over mapping detailed family trees in the study of Tibeto-Burman and Sino-Tibetan languages. Matisoff includes Bodish and West Himalayish with the Lepcha language as a third branch. He unites these at a higher level with Mahakiranti as Himalayish. [3] [4]

Van Driem (2001) notes that the Bodish, West Himalayish, and Tamangic languages (but not Benedict's other families) appear to have a common origin. [5]

Bradley (1997) takes much the same approach but words things differently: he incorporates West Himalayish and Tamangic as branches within his "Bodish", which thus becomes close to Tibeto-Kanauri. This and his Himalayan family[ same as Mahakiranti? ] constitute his Bodic family. [6]

Sino-Tibetan, also known as Trans-Himalayan in a few sources, is a family of more than 400 languages, second only to Indo-European in number of native speakers. The vast majority of these are the 1.3 billion native speakers of Chinese languages. Other Sino-Tibetan languages with large numbers of speakers include Burmese and the Tibetic languages. Other languages of the family are spoken in the Himalayas, the Southeast Asian Massif, and the eastern edge of the Tibetan Plateau. Most of these have small speech communities in remote mountain areas, and as such are poorly documented.

The Tibetic languages is a well-defined group of languages descended from Old Tibetan. According to Tournadre (2014), there are 50 languages, which split into over 200 dialects or could be group into 8 dialect continua. It is spoken in the Tibetan Plateau and in the Himalayas in Baltistan, Ladakh, Nepal, Sikkim, Bhutan, Assam and Arunachal Pradesh. Classical Tibetan is the major literary language, particularly for its use in Buddhist literature.

The Mahakiranti or Maha-Kiranti languages are a proposed intermediate level of classification of the Sino-Tibetan languages, consisting of the Kiranti languages and neighbouring languages thought to be closely related to them. Researchers disagree on which languages belong in Mahakiranti, or even whether Mahakiranti is a valid group. The group was originally proposed by George van Driem, who retracted his proposal in 2004 after a field study in Bhutan. 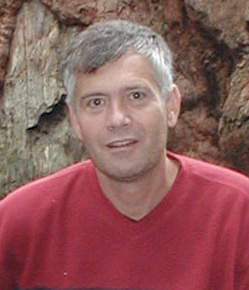 George (Sjors) van Driem is a Dutch linguist at the University of Bern, where he is the chair of Historical Linguistics and directs the Linguistics Institute.

Indosphere is a term coined by the linguist James Matisoff for areas of Indian linguistic and cultural influence in South Asia and Southeast Asia. It is commonly used in areal linguistics in contrast with Sinosphere. 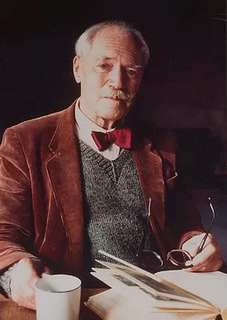 Richard Keith Sprigg was a British linguist who specialised in the phonology of Asian languages. Sprigg was educated under J. R. Firth and was a member of the first generation of professional British linguists. Also as a consequence Sprigg was an advocate of the prosodic phonological method of Firth. Sprigg worked on several Tibeto-Burman languages including Lepcha, and various Tibetan dialects. He taught for many years at the School of Oriental and African Studies, and retired to Kalimpong, West Bengal, India with his wife Ray, granddaughter of David Macdonald the author of The Land of the Lama and 20 Years in Tibet, until her death.

There are two dozen languages of Bhutan, all members of the Tibeto-Burman language family except for Nepali, which is an Indo-Aryan language, and Bhutanese Sign Language. Dzongkha, the national language, is the only native language of Bhutan with a literary tradition, though Lepcha and Nepali are literary languages in other countries. Other non-Bhutanese minority languages are also spoken along Bhutan's borders and among the primarily Nepali-speaking Lhotshampa community in South and East Bhutan. Chöke is the language of the traditional literature and learning of the Buddhist monastics.

The Kiranti languages are a major family of Sino-Tibetan languages spoken in Nepal and India by the Kirati people.

The Sal languages are a branch of Sino-Tibetan languages spoken in eastern India, parts of Bangladesh, and Burma.

The Tamangic languages, TGTM languages, or West Bodish languages, are a family of Sino-Tibetan languages spoken in the Himalayas of Nepal. They are called "West Bodish" by Bradley (1997), from Bod, the native term for Tibet. TGTM stands for Tamang-Gurung-Thakali-Manang. 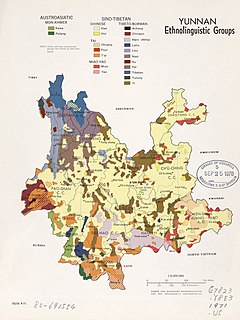 The Lolo-Burmese languages of Burma and Southern China form a coherent branch of the Sino-Tibetan family.

The Tibeto-Burman languages are the non-Sinitic members of the Sino-Tibetan language family, over 400 of which are spoken throughout the highlands of Southeast Asia as well as certain parts of East Asia and South Asia. Around 60 million people speak Tibeto-Burman languages, around half of whom speak Burmese, and 13% of whom speak Tibetic languages. The name derives from the most widely spoken of these languages, namely Burmese and the Tibetic languages . These languages also have extensive literary traditions, dating from the 12th and 7th centuries respectively. Most of the other languages are spoken by much smaller communities, and many of them have not been described in detail.

The Luish, Asakian, or Sak languages are a group of Sino-Tibetan languages belonging to the Sal branch. They are spoken in Burma and Bangladesh, and consist of the Sak, Kadu, and Ganan languages. In recent years, Luish languages have been influenced by Burmese and Chakma.

Mruic or Mru–Hkongso is a small group of Sino-Tibetan languages consisting of two poorly attested languages, Mru and Anu-Hkongso. Their relationship within Sino-Tibetan is unclear.

The East Asian languages are a language family proposed by Stanley Starosta in 2001. The proposal has since been adopted by George van Driem.