Tibor Bédi (born 22 March 1974, in Budapest) is a retired Hungarian hurdler. [2] He represented his country at the 2000 Summer Olympics, as well as the 1999 World Championships. 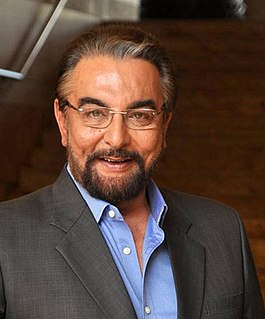 Kabir Bedi is an Indian film actor. His career has spanned three continents covering India, the United States and especially Italy among other European countries in three media: film, television and theatre. He is noted for his role as Emperor Shah Jahan in Taj Mahal: An Eternal Love Story and the villainous Sanjay Verma in the 1980s blockbuster Khoon Bhari Maang. He is best known in Italy and Europe for playing the pirate Sandokan in the popular Italian TV mini series and for his role as the villainous Gobinda in the 1983 James Bond film Octopussy. Kabir Bedi is well known in Italy and is fluent in Italian. He is based in India and lives in Mumbai.

Tibor Kalman was an American graphic designer of Hungarian origin, well known for his work as editor-in-chief of Colors magazine. 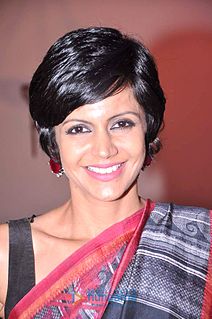 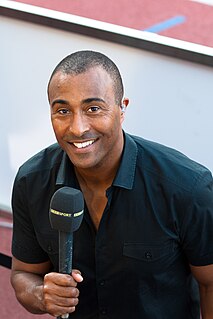 Colin Ray Jackson, is a Welsh former sprint and hurdling athlete who specialised in the 110 metres hurdles. During a career in which he represented Great Britain and Wales, he won an Olympic silver medal, became world champion twice, World indoor champion once, went undefeated at the European Championships for 12 years and was a two-time Commonwealth champion. His world record of 12.91 seconds for the 110m hurdles stood for over a decade and he remains the 60 metres hurdles world record holder.

Bishan Singh Bedipronunciation (help·info) is a former Indian cricketer who was primarily a slow left-arm orthodox bowler. He played Test cricket for India from 1966 to 1979 and formed part of the famous Indian spin quartet. He played a total of 67 Tests and took 266 wickets. He also captained the national side in 22 Test matches. Bedi wore a colourful patka and has voiced outspoken and forthright views on cricketing matters. 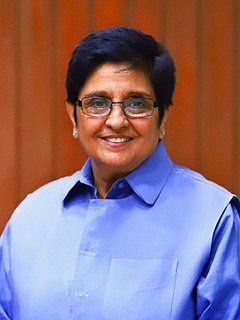 Dr. Kiran Bedi is an Indian politician, retired IPS Officer, social activist and former tennis player, who is the incumbent Lieutenant Governor of Puducherry. She is the first female Indian Police Service officer and started her service in 1972. She remained in service for 35 years before taking voluntary retirement in 2007 as Director General, Bureau of Police Research and Development. 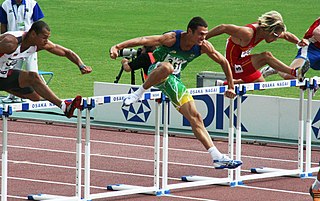 The 110 metres hurdles, or 110-metre hurdles, is a hurdling track and field event for men. It is included in the athletics programme at the Summer Olympic Games. The female counterpart is the 100 metres hurdles. As part of a racing event, ten hurdles of 1.067 metres in height are evenly spaced along a straight course of 110 metres. They are positioned so that they will fall over if bumped into by the runner. Fallen hurdles do not carry a fixed time penalty for the runners, but they have a significant pull-over weight which slows down the run. Like the 100 metres sprint, the 110 metres hurdles begins in the starting blocks.

Bachittar Natak is from Dasam Granth, ang (page) 94 to ang 175 of the 2326 ang. It is generally attributed to the tenth Sikh Guru, Guru Gobind Singh.

Fabrizio Mori is an Italian hurdler, best known for his gold medal at the 1999 World Championships.

Bedi may refer to:

Rakesh Bedi is an Indian film, stage and television actor. He is majorly known for his comedy roles in films such as Mera Damaad, Chashme Buddoor (1981), the television series like Yeh Jo Hai Zindagi (1984), Shrimaan Shrimati (1995) and Yes Boss (1999–2009).

Tibor Živković was a Serbian academic, historian and writer who specialised in the period of the early Middle Ages.

Tibor Koroknai is a Hungarian athlete specialising in the 400 metres hurdles. He represented his country at four consecutive European Championships.