Tibor Gazdag (born 7 August 1991) [1] is a Hungarian handballer who plays for Csurgói KK and the Hungarian national team.

The Hungarian Justice and Life Party is a nationalist political party in Hungary that was founded by István Csurka in 1993.

Veszprém KC is a Hungarian handball club from Veszprém, that for sponsorship reasons is called Telekom Veszprém. Veszprém plays in the Hungarian Nemzeti Bajnokság I and are the most successful team in the country, having won the Hungarian Championship a record 26 times and the Hungarian Cup title a record 24 times. Veszprém has also won the regional SEHA League three times.

Károly Schaffer was a Hungarian anatomist and neurologist. He was born in Vienna. The axon projection from CA3 to CA1 neurons in hippocampus, Schaffer collateral, is named after him. 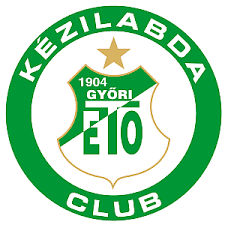 Alba Fehérvár Kézilabda Club is a Hungarian women's handball team based in Székesfehérvár. Founded in 1968 by the merger of Máv Előre and VT Vasas, the club achieved their biggest success in 2005, when they were crowned of the EHF Cup winners, after beating domestic rivals Győri ETO KC in the finals. This is the first and so far the only major European title for the team.

Váci NKSE are a Hungarian women's handball club from Vác, that play in the Nemzeti Bajnokság I. Founded in 1949, the team have won promotion to the top-level championship first in 1998. Since then, they have been improved year by year and achieved their best result in 2010 by finishing third. However, in 2011, the club's main sponsor stepped down, following which Vác had to cut their budget and lost many of their key players.

Szilvia Ábrahám is a retired Hungarian handballer who played for the Hungarian national team.

Tibor Benkő is a Hungarian military officer and government official. He currently serves as Minister of Defence, and he previously was a four-star general in the Hungarian Defence Forces, serving as Chief of the Defence Staff from 6 June 2010 until 16 May 2018. 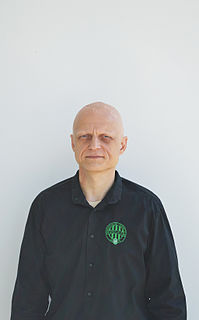 Tibor Kökény is a Hungarian psychologist and yoga teacher of Yoga in Daily Life System. 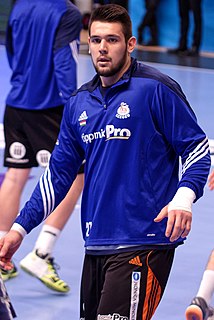 Bence Bánhidi is a Hungarian handballer for SC Pick Szeged and the Hungarian national team.

Mosonmagyaróvári KC SE is a Hungarian women's handball club. They currently play in the Nemzeti Bajnokság I (NBI), the top level championship in Hungary, after gained promotion in 2015.

The Hungary women's junior national handball team is the national under–19 Handball team of Hungary. Controlled by the Hungarian Handball Federation it represents the country in international matches. 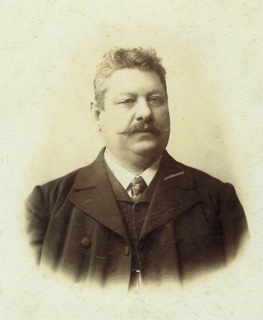 Zoltán Gáty was a Hungarian music teacher, conductor, and composer.