The men's 25 metre rapid fire pistol was a shooting sports event held as part of the Shooting at the 1964 Summer Olympics programme. It was the thirteenth appearance of the event. The competition was held on 19 October 1964 at the shooting ranges in Tokyo. 53 shooters from 34 nations competed.

Australia competed at the 1964 Summer Olympics in Tokyo, Japan. 243 competitors, 203 men and 40 women, took part in 133 events in 19 sports. Australian athletes have competed in every Summer Olympic Games.

Hungary competed at the 1924 Summer Olympics in Paris, France, returning to the Olympic Games after not being invited to the 1920 Games because of the nation's role in World War I. 89 competitors, 86 men and 3 women, took part in 54 events in 12 sports.

Tibor Ordina was a Hungarian athlete who specialized in the long jump and triple jump. Born in Budapest, Ordina stood at 1.92 m tall, and during his active career he weighed 73 kilograms (161 lb). 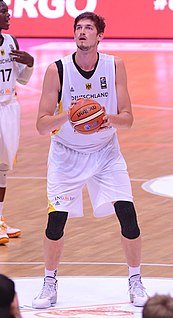 Tibor Jakosits is a Hungarian former sports shooter. He competed in two events at the 1964 Summer Olympics.