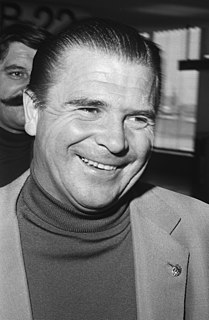 Ferenc Puskás was a Hungarian football player and manager, widely regarded as one of the greatest players of all time and the sport's first international superstar. A forward, he scored 162 goals in 123 international matches for Hungary, played four international matches for Spain and scored 514 goals in 529 matches in the Hungarian and Spanish leagues. He became an Olympic champion in 1952 and led his nation to the final of the 1954 World Cup. He won three European Cups, ten national championships and eight top individual scoring honors. In 1995, he was recognized as the greatest top division scorer of the 20th century by the IFFHS. With 806 goals in 793 official games scored during his career, he is the fourth top goalscorer of all time.

Imre Schlosser was a Hungarian footballer of Danube Swabian ancestry who played as a forward. He still holds the record as the highest goalscorer in the history of the Hungarian National Championship.

Magyar Testgyakorlók Köre Budapest Futball Club or shortly MTK is a Hungarian football club based in Józsefváros, Budapest. The team currently plays in the Nemzeti Bajnokság I. The club's colours are blue and white. As one of the most successful Hungarian football clubs, MTK has won the Hungarian League 23 times and the Hungarian Cup 12 times. The club has also won the Hungarian Super Cup twice. In 1955, as Vörös Lobogó SE, they became the first Hungarian team to play in the European Cup and in 1964 they finished as runners-up in the European Cup Winners' Cup after losing to Sporting Clube de Portugal in the final. The club founded the Sándor Károly Football Academy in 2001. The Academy also has a partnership agreement with English club Liverpool. 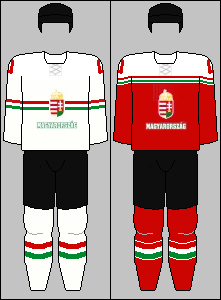 Roland Varga is a Hungarian professional footballer who plays as a forward for Ittihad Kalba. 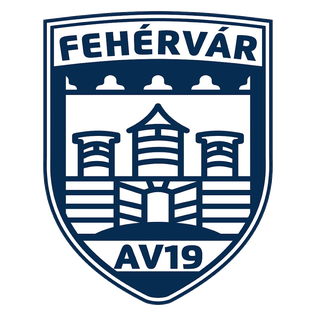 Hydro Fehérvár AV19 is a Hungarian ice hockey team that plays in the Austrian bet-at-home ICE Hockey League. They were founded in 1960 and played from 1978 in the Hungarian Országos Bajnokság I through sorts of affiliations until 2012, claiming the Championship on 13 occasions. They play their home games at Ifjabb Ocskay Gábor Ice Hall in Székesfehérvár. In 2009, the club was renamed after the main sponsor Sapa Profiles Kft Hungary, the Hungarian subsidiary of a Swedish aluminum group. The club did not have a main naming sponsor for a couple of years before 2019, however, in 2019 Hydro Extrusion Hungary Kft, the Hungarian subsidiary of the Norwegian company became the new naming sponsor, thus naming the club Hydro Fehérvár AV19.

Géza Kalocsay was a footballer and manager from Hungary, who played internationally for both Czechoslovakia and Hungary.

Bence Iszlai is a Hungarian football player who currently plays in Mezőkövesd in the Hungarian national Championship. 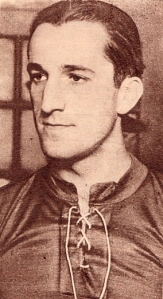 Gyula Lázár was a Hungarian footballer. He played for the Hungarian national team a total of 49 times between 1931 and 1941.

Márton Eppel is a Hungarian professional football player who plays as a forward for Budapest Honvéd FC and the Hungary national team.

Szolnoki Olajbányász is a professional basketball team based in Szolnok, Hungary. The team also goes by the name of Olaj, which is a well-known nickname in the country. The club competes in the Hungarian League.

Budapesti Torna Club was a Hungarian sports club in Budapest and the first football club in the country. Its football team were the winners of the first two seasons of Nemzeti Bajnokság I, in 1901 and 1902.

The Europe/Africa Zone was one of three zones of regional competition in the 1999 Fed Cup.

The Europe/Africa Zone was one of three zones of regional competition in the 2003 Fed Cup. 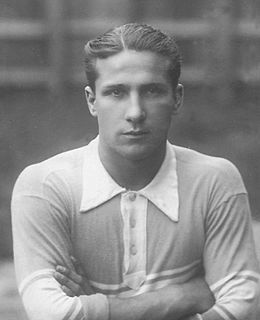 Iuliu Bodola was a Romanian-Hungarian association football striker who played internationally both for Romania and Hungary. His nickname was Duduş/Dudus.

The Budapest Grand Prix is a women's tennis tournament held in Budapest, Hungary. This WTA Tour event is an International-level tournament and is played on outdoor clay courts.