Tibor Szemző (born 1955, Budapest, Hungary) is a Hungarian composer, performer, media artist. His pieces often include spoken texts, film and other media. He creates installations and composes music for his own and others’ films. Ever since the beginning of his career, he has been performing actively and widely in Hungary and abroad as well. [1]

Szemző was born in Budapest, into a middle-class family, declassed as a result of World War II and socialism. His family originates from former Upper Hungary. His musical training was conducted in accordance with the Kodály method. He attended an elementary school that specialised in music. Originally he studied fine mechanics at high school that he abandoned at the age of 17 to dedicate all of his time to instrumental studies. He completed the Bartók Béla Conservatory in two years and later studied at the Liszt Ferenc Academy of Music (1976–79). He earned a Media Design degree at the Moholy-Nagy University of Art and Design (2014) and pursued a DLA from the Hungarian Academy of Fine Arts (2017).

In 1973, he founded the Szemző Quartet (originally a trio) [2] playing improvised chamber music, which later merged into Group 180.

Group 180 was founded in 1979 and was active until 1989. It was started by Szemző and his fellow students, friends (László Melis, András Soós, László Gőz). [3] Group 180 played a prominent role in the distribution of international contemporary repetitive music in Hungary and disseminated Hungarian contemporary music abroad. The group achieved a remarkable domestic and international career. (During the ten years of its existence, the Group worked with such major figures of the genre as Frederic Rzewski, Steve Reich, Terry Riley, Alvin Curran, Phill Niblock, Arnold Dreyblatt, Peter Kotik or László Vidovszky.) [4]

In addition, Szemző began his solo career in 1983. Besides his pieces composed for Group 180 in this period, he created Water Wonder, a piece involving live electronics.

From 1987 to 2003, London-based Leo Records [5] released his recordings, occasionally in co-operation with Hungary-based Bahia Records. [6] His first solo release was Snapshot from the Island in 1987. [7]

His interest in cinematography was inspired by his ever-lasting collaboration with media artist Péter Forgács (Group 180's former narrator) and started with the compositions written for Forgács's films. [8] [9] Szemző began to create individual, music-based films in 1985, which is constantly present in his activity. [10] [11]

In 1986/87 he founded Fodderbasis, an open music ensemble. The group's projects were partly multimedia events. They produced some publications, in connection with Forgács's films. [12]

In 1996, Szemző launched the Gordian Knot Creative Music Laboratory, [13] which operated until 2007.

Since the early 80s, according to the typical art practice of the era, Szemző's musical activity has been open to other arts (especially literature and fine arts, besides cinematography and theatre), often experimented with the boundaries of different art forms. He has taken part in or created numerous performances. He also creates installations. He regularly worked together with the members of the Vajda Lajos Studio of Szentendre, and with János Szirtes, with whom he was also a member of the New Modern Acrobatics performance group (1987-1991). [24] Szemző often worked with fine and oboe artist Gábor Roskó, as well as with fine artist Tamás Waliczky in the early 90s. In his creations, verbality, speech sound, multilingualism, and motion picture play an essential role in a close unity. [25] [26] 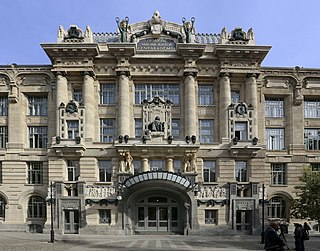 Péter Forgács is a media artist and independent filmmaker based in Budapest, Hungary. He is best known for his "Private Hungary" series of award winning films based on home movies from the 1930s and 1960s, which document ordinary lives that were soon to be ruptured by an extraordinary historical trauma that occurs off screen.

The Hungarian Radio Symphony Orchestra is a Hungarian radio orchestra. It is part of the Hungarian Television and Broadcasting Organisation, Magyar Rádió.