Zátek played for Dukla Banská Bystrica before moving to Czech Baník Ostrava in 1997. In 1999, he moved to 1. FC Košice in Slovakia. After playing another two seasons at MFK Ružomberok, Zátek moved to Austria, where he played for several lower-division clubs. Today he lives in Southern Germany( Freiburg im Breisgau).

Kovač, meaning "blacksmith" in Slavic languages, is a common surname in Croatia, Bosnia-Herzegovina, Slovenia and Serbia. In Slovakia the surname is Kováč.

Miroslav Karhan is a Slovak football manager and former player. He played as a midfielder. Karhan played club football at the beginning and end of his career for Spartak Trnava; between times he played in Spain, Turkey and Germany, where he spent ten seasons. Karhan was a regular member of the Slovakia national team and with 107 appearances, has played the second most matches of any player to represent them.

FC DAC 1904 Dunajská Streda is a Slovak football team, based in Dunajská Streda. In the 2007 to 2008 season, the team were the west group champions of the Slovak Third League. In the 2008 to 2009 season, after merging with FC Senec, the team entered the Slovak Superleague. The club is strongly supported by the Hungarian minority in Slovakia.

Tibor Spitz is a Slovak-born artist and a Holocaust survivor. After escaping from communist Czechoslovakia to the West he lived and worked in Canada and the United States. He currently resides in Kingston, New York.

Nagymaros is a town in Pest county, Hungary. 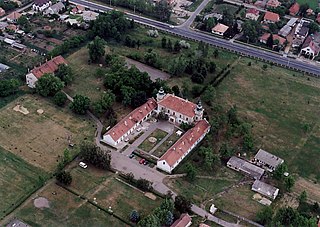 Tibor Frešo was a Slovak composer and conductor.

Tibor Jančula is a former Slovak football striker who played mostly for DAC Dunajská Streda and Slovan Bratislava in Slovakia. 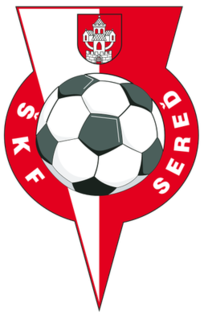 ŠKF Sereď, known as ŠKF iClinic Sereď for sponsorship reasons, is a Slovak football team, based in the town of Sereď. The club was founded in 1914.