Tibouchina anderssonii is a species of plant in the family Melastomataceae. It is endemic to Ecuador.

Monactis anderssonii is a species of flowering plant in the family Asteraceae. It is found only in Ecuador. Its natural habitat is subtropical or tropical moist montane forests. It is threatened by habitat loss.

Hyperolius zonatus is a species of frog in the family Hyperoliidae. It is found in Ivory Coast, Guinea, Sierra Leone, and possibly Liberia. Its natural habitats are subtropical or tropical moist lowland forests, swamps, and intermittent freshwater marshes. It is threatened by habitat loss.

Aphelandra anderssonii is a species of plant in the family Acanthaceae. It is endemic to Ecuador. Its natural habitat is subtropical or tropical moist montane forests. It is threatened by habitat loss.

Burmeistera anderssonii is a species of plant in the family Campanulaceae. It is endemic to Ecuador. Its natural habitat is subtropical or tropical moist montane forests. It is threatened by habitat loss.

Heliotropium anderssonii is a species of plant in the family Boraginaceae. It is endemic to Ecuador.

Tibouchina campii is a species of plant in the family Melastomataceae. It is found in Ecuador and possibly Peru.

Tibouchina gleasoniana is a species of plant in the family Melastomataceae. It is endemic to Ecuador.

Tibouchina oroensis is a species of plant in the family Melastomataceae. It is endemic to Ecuador. 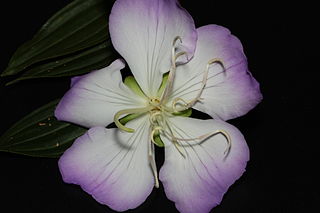 Tibouchina pulchra is a plant species in the genus Tibouchina. 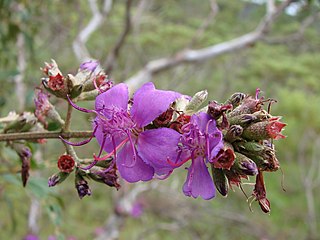 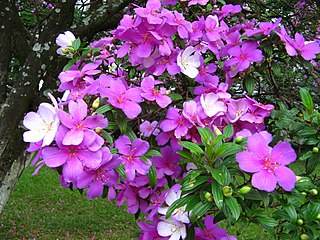