Chanterelle (Creole: Tibiwon) is a town in the Tiburon commune of the Chardonnières Arrondissement, in the Sud department of Haiti. In 2009, the town had a population of 6,066. [3] 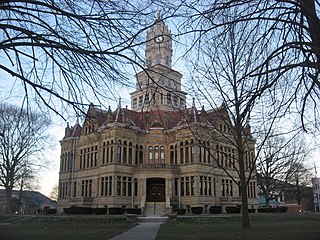 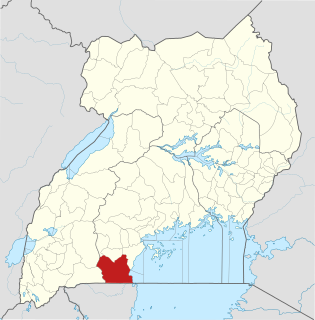 Rakai District is a district in the Central Region of Uganda. The town of Rakai is the site of the district's headquarters.

Sembabule District is a district in the Central Region of Uganda. The town of Sembabule is the site of the district headquarters. Other urban centers in the district include Lwemiyaga and Ntuusi. 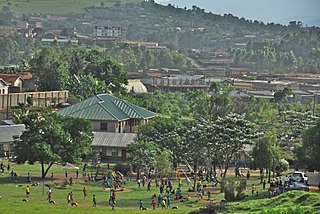 Fort Portal is a designated "Tourism city of Uganda", located in the Western Region of the country. It is the seat of both Kabarole District and the Toro Kingdom. 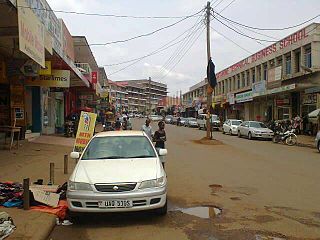 Masaka is a city in the Buganda Region of Uganda, west of Lake Victoria. The city is the headquarters of Masaka District. 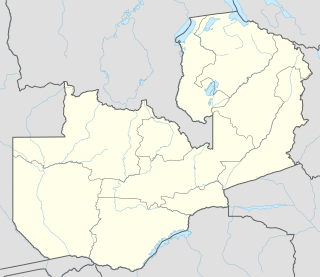 Choma is a town that serves as the capital of the Southern Province of Zambia. It is also the capital of Choma District, one of the thirteen administrative districts in the province.

Kamwenge is a town in the Western Region of Uganda. It is the site of the Kamwenge District headquarters.

Ntungamo is a town in the Western Region of Uganda. It is the largest town in Ntungamo District and the site of the district headquarters. It is the hometown of longtime President Yoweri Museveni.

Kyenjojo is a town in the Western Region of Uganda. It is the main municipal, administrative, and commercial center of Kyenjojo District and the site of the district headquarters.

Nansana is a town in the Central Region of Uganda. It is located in the Wakiso District and is one of the five municipalities in the district.

Waze is a GPS navigation software app owned by Google. It works on smartphones and tablet computers that have GPS support. It provides turn-by-turn navigation information and user-submitted travel times and route details, while downloading location-dependent information over a mobile telephone network. Waze describes its app as a community-driven GPS navigation app, which is free to download and use.

Several special routes of U.S. Route 30 exist. In order from west to east they are as follows. 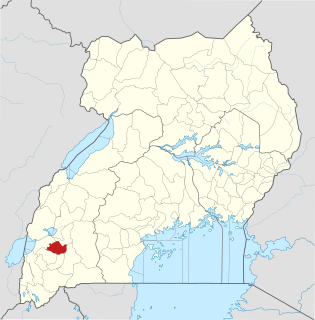 Buhweju District is a district in Western Uganda. It is one of the districts that constitute the Ankole sub-region. Its 'chief town', is Nsiika.

Several special routes of U.S. Route 74 exist. In order from west to east they are as follows. 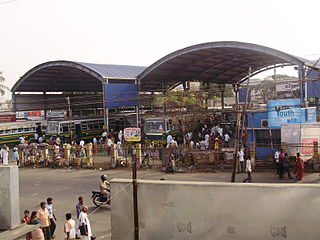 Chathiram Bus Stand, Tiruchirappalli, also popularly known Chatram perundu nilayam or Main Guard Gate Bus Stand, is one of the bus termini of Trichy, other being the Central Bus Stand. It is located near Chintamani, adjacent to St. Joseph's College.

Masulita is a town in the Wakiso District in the Central Region of Uganda.