Tic&Tac is the eight album of the Jazz fusion band Area and was released in 1980. [2] It is the first album without Demetrio Stratos as he died a year earlier, and it is generally more jazzy than progressive. This is the only album in which Larry Nocella  [ it ] performs. After releasing this, Area toured until 1983, then disbanded. Giulio Capiozzo  [ it ] in 1986 formed a jazz fusion band called Area II, but was the only original member. Area reformed officially in 1993 with a concert in Rome, as a trio, with Ares Tavolazzi, Patrizio Fariselli  [ it ] and Capiozzo. However, they didn't record anything new in studio until 1997 when the album "Chernobyl 7991" was released (without Tavolazzi). This album is completely instrumental, save for the final track "Antes de Hablar Abra la Boca". 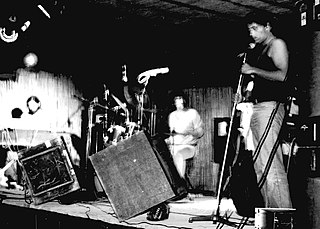 Area - International POPular Group, most commonly known as Area or AreA, is an Italian progressive rock, jazz fusion, electronic, experimental group formed in 1972 by singer Demetrio Stratos and drummer Giulio Capiozzo. They are considered one of the most respected, innovative and important bands of the blooming 1970s Italian progressive rock scene. 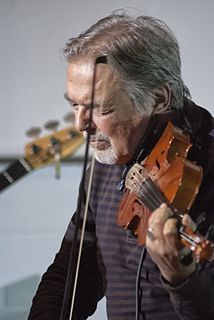 Mauro Pagani is an Italian musician and singer. 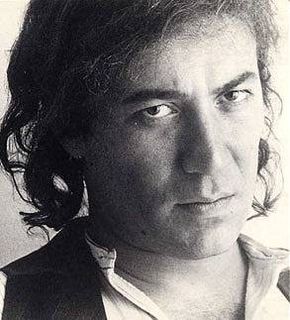 Arbeit macht frei is the debut album of the Jazz fusion band Area. It features Patrick Djivas on bass and Eddie Busnello on saxophone, who parted after the release of the album. According to the booklet the lyrics were written by Frankestein, and the music was written by Demetrio Stratos, Giulio Capiozzo and Patrick Djivas except "Consapevolezza". All tracks were registered on Italian SIAE to Terzo Fariselli, due to the fact that the musicians were not members of SIAE.

Caution Radiation Area is the second album of the jazz fusion band Area and was released in 1974. This is the first album that contains the better known line up, with Ares Tavolazzi replacing Patrick Djivas on bass. "MIRage? Mirage!" contains a part in which the whole band can be heard whispering readings, and "Lobotomia" is constructed using loud synth noise, with the clear intention to disturb the listener. Quotes of opening themes of Italian TV programs are heard during the track. 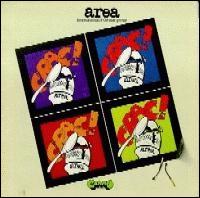 Crac! is the third album of the Jazz fusion band Area and was released in 1975. With this album, the band gained more popularity in Italy, thanks to songs like "L'elefante Bianco", "La Mela di Odessa (1920)" and "Gioia e Rivoluzione", which quickly became concert favourites. All songs were written by Tofani, Fariselli and Tavolazzi, except for "Area 5" which was written by Juan Hidalgo and Walter Marchetti. When touring for this album the band even played in Paris and in Lisboa. 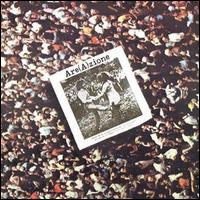 Are(A)zione is the fourth album of the Jazz fusion band Area, and it was their first live album. It was recorded during their 1975 tour in Milano, Napoli, Rimini and Reggio Emilia was released later the same year. While side One of the album concentrates on live versions of studio classics, side two contains the title-track, a lengthy instrumental, which contains also the drum pattern of the song "Giro, Giro, Tondo" which appeared in the next studio album Maledetti (Maudits), and a live version of "L'internazionale", the Socialist anthem, which was released in a studio version as a single in 1974. The track timings listed on the back cover are slightly incorrect, here is reported the actual running time for every track. 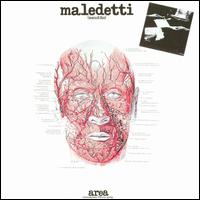 Maledetti (Maudits) is the fifth album of the jazz fusion band Area and was released in 1976. It can be considered a concept album: during the 20th century, an imaginary bank in which history is stored, loses data from the 15th century ("Evaporazione"), causing people forgetting how to govern the world. Some new hypothesis are formulated: power to old people ("Gerontocrazia"), power to women, and power to children. "Il Massacro di Brandeburgo numero tre in Sol Maggiore" is a fragment of Johann Sebastian Bach's third Brandenburg concerto. During the recording sessions of the album, Capiozzo and Tavolazzi left the band temporarily only to come back some months later. During these months in which they weren't in the band, the live album Event '76 was recorded at Milan's Università Statale. This was also the last studio album featuring Tofani on guitar. Most of CD re-releases contain two bonus tracks: an interview with Stratos, Tofani and Fariselli after the "Event '76" concert and the "Are(A)zione" version of "L'internazionale". From this album's tour, two posthumous concerts from 1977 were released: "Concerto Teatro Uomo" in 1996 and "Live in Torino 1977" in 2005.

Anto/Logicamente is the first compilation of the Jazz fusion band Area and was released in 1977. As the title suggests, the track selection focuses more on the tracks that were "hidden, ignored by the critics and many others", as told on the booklet. "Anto/Logicamente" is a play on words based on "antologia", "anto" (not) and "logicamente". Noticeably, this album contains "Citazione da George L. Jackson", the b-side of "L'internazionale". Unlike the other compilation "Area '70", this one was reprinted on CD by Artis in 1994 and Edel in 2002.

1978 Gli dei se ne vanno, gli arrabbiati restano! is the sixth album of the Jazz fusion band Area and was released in 1978, as the title says. It is the first album without guitarist Paolo Tofani, and it is also the first album whose lyrics were not written by Gianni Sassi. Also, noticeably it is the only album in which Demetrio Stratos is credited as a composer.

Event '76 is the seventh album of the jazz fusion band Area, and the second live album. It was recorded in Milan's Università Statale in 1976, though released in 1979. Ares Tavolazzi and Giulio Capiozzo are noticeably absent, as when this album was recorded, they had temporarily left the band, only to return a few months later. This album is noticeable for featuring Steve Lacy on saxophone and Paul Lytton on percussion, and it is also noticeable for featuring a lengthy version of "Caos IIa Parte", which was split between the two sides of the LP due to time reasons. The live version of "Caos IIa Parte" was more improvised than the studio piece: each musician was given a sheet of paper in which there was written a word and he had to interpret it for three minutes, then change sheet of paper. Each musician had a different sheet of paper. The title track is a variation of the song "SCUM" from the album Maledetti (Maudits). An aftershow interview with Tofani, Fariselli and Stratos was released as a bonus track on some editions of Maledetti (Maudits). This was the last album of the classic era featuring Paolo Tofani, and Demetrio Stratos, who died some months after the release of this record. 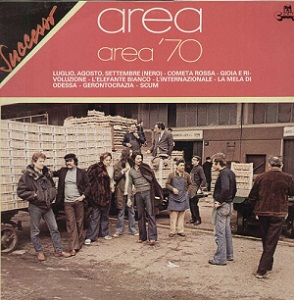 Area '70 is the second compilation of the Jazz fusion band Area and was released in 1980. Unlike the other compilation "Anto/Logicamente", this one was never reprinted on CD. It's noticeable for featuring the studio version of "L'Internazionale" which was only released as a single.

Concerto Teatro Uomo is a live album by Italian Jazz fusion band Area released in 1996 and recorded in 1977 in Milan, while the band was supporting their fifth album Maledetti (Maudits). The album was criticized for its sound quality and for some packaging errors, but was also praised for its musical content and for Demetrio Stratos' useful information about the tracks during banter between songs. In 2002, this album was repackaged with another posthumous live album Parigi-Lisbona in the boxset Live Concerts Box.

Parigi-Lisbona is a live album by Italian Jazz fusion band Area released in 1996 and recorded in 1976 in Paris and Lisbon, while the band was supporting their third album "Crac!". In the Paris section of the CD, Demetrio Stratos announces himself the songs in French, and even sings "La Mela di Odessa" as "La Pomme de Odessa". Just like the other phostmous release "Concerto Teatro Uomo", "Parigi-Lisbona" received criticism due to the sound quality of the recordings, and because some tracks contain edits. This album in 2002 was repackaged with other phostomous live album "Concerto Teatro Uomo" on the boxset "Live Concerts Box". This second version contains two bonus tracks.

Chernobyl 7991 is the eighth album of the Jazz fusion band Area and was released in 1997. This is the first album in 17 years, and Area had been in hiatus from 1983 to 1993. They first reunited as a trio consisting of Fariselli, Capiozzo and Tavolazzi. Tavolazzi, after the first shows, left the band in order to pursue other projects. Much like the previous studio album "Tic&Tac" from 17 years earlier, this album is much more of a jazz/fusion product than Area's classic sound. This is the only album with bass player Paolo dalla Porta, who replaced Tavolazzi. 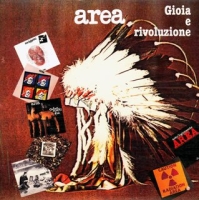 Gioia e Rivoluzione is the third compilation of the Jazz fusion band Area and was released in 1996. This album concentrates exclusively on the albums released on the Cramps label. Just like the first compilation "Anto/Logicamente", this album contains "Citazione da George L. Jackson", the non-LP b-side of "L'internazionale". "L'Internazionale" appears as well, but instead of the studio version released on the single, it's the live version contained on the "Are(a)zione" album. The studio version, as of 2014, is not available on CD. 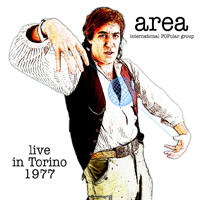 Live in Torino 1977 is a live album by Italian Jazz fusion band Area released in 2004 and recorded in 1977 in Milan, while the band was supporting their fifth album Maledetti (Maudits). Even though the album received praise for the musical content, this album was heavily criticized for its sound quality and for some packaging errors: there is an uncredited performance of "Diforisma Urbano" on "Il Massacro Di Brandeburgo Numero Tre in Sol Maggiore" and "Improvvisazione" is actually "Are(a)zione" with a brief excerpt of "Gioia e Rivoluzione" ). 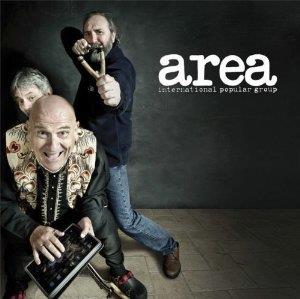 Live 2012 is the ninth album of the Jazz fusion band Area. It was recorded in 2011 and 2012 during their reunion tour, which marked the return of Paolo Tofani and Ares Tavolazzi who had left the band in 1977 and 1993, respectively. Classic drummer Giulio Capiozzo died in 2000 of a heart attack, his replacement is drummer Walter Paoli. 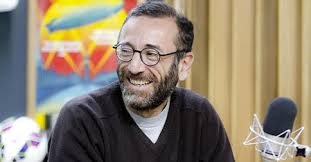