Tic Tac is a Chilean telenovela produced by TVN. It was written by Jorge Marchant Lazcano, Perla Devoto, Maité Chapero and Jimmy Daccarett, and directed by María Eugenia Rencoret.

The soundtrack of the soap opera was based primarily on the album Tributo a Queen , with cover versions of songs by the group interpreted by the Latin artists Illya Kuryaki & The Valderramas, Soda Stereo , Molotov , Fito Paez and Aterciopelados .

After a seance, the ghost of a young high-class young man, Maximilian Ossa, (Enrique Cintolesi), who died in very strange circumstances, comes from 1925 to 1997 to recover the love of his beloved Pola Santa Maria (Leonor Varela).

In 1997, Max is the great-niece of his beloved, and physically identical with the same name, with whom he falls in love. There is also a named Nicolas (Francisco Pérez-Bannen) Hunt Mysteries who, for his radio program, Magik Radio, tries to prove that Max is a ghost, well away from Pola, who also is in love. 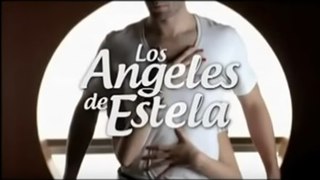 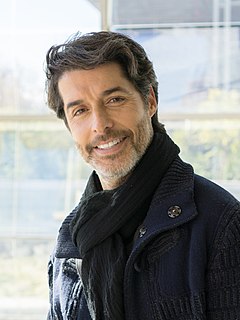 Francisco Pérez-Bannen is a Chilean film and television actor.

Machos is a Chilean television series which aired on Canal 13 from March 10, to October 23, 2003. The series was created by Sebastián Arrau, Coca Gómez, and Pablo Illanes.

Amar a morir is a Chilean telenovela produced and broadcast by TVN from March 4 to September 30, 2019. It stars Felipe Braun, Antonia Zegers, Ricardo Fernández and María José Illanes.

This is the list of members elected in the 2017 Constituent National Assembly of Venezuela following the 30 July 2017 elections. The first session of the assembly began on 4 August 2017 in the Oval Room of the Palacio Federal Legislativo. The Democratic Unity Roundtable—the opposition to the incumbent ruling party—also boycotted the election claiming that the Constituent Assembly was "a trick to keep [the incumbent ruling party] in power." Since the opposition did not participate in the election, the incumbent Great Patriotic Pole, dominated by the United Socialist Party of Venezuela, won almost all seats in the assembly by default.

The following squads were named for the 1942 South American Championship that took place in Uruguay.