Ticciati is an Italian surname. Notable persons with this name include:

Girolamo Ticciati (1676–1744) was an Italian sculptor and architect.

Hugo Ticciati is a British-born violinist, living in Sweden. He has been successful in several worldwide events such as the Gotland Chamber Music Festival (Sweden), the St.Denis-Festival (Paris), and the Festival Internacional Cervantino. He has also begun his own Festival called the O/MODƏRNT, in Sweden. 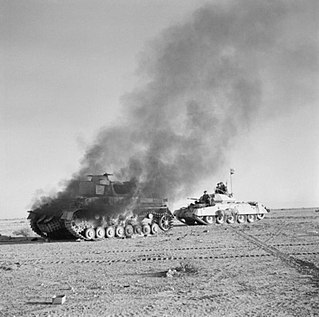 The North African Campaign of the Second World War took place in North Africa from 10 June 1940 to 13 May 1943. It included campaigns fought in the Libyan and Egyptian deserts and in Morocco and Algeria, as well as Tunisia. 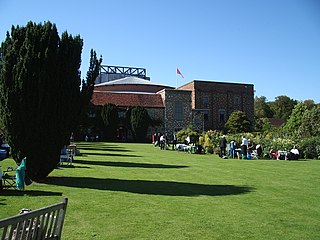 The Scottish Chamber Orchestra (SCO) is an Edinburgh-based UK chamber orchestra. One of Scotland's five National Performing Arts Companies, the SCO performs throughout Scotland, including annual tours of the Scottish Highlands and Islands and South of Scotland. The SCO appears regularly at the Edinburgh, East Neuk, St Magnus and Aldeburgh Festivals and The Proms. The SCO's international touring receives support from the Scottish Government. The SCO rehearses mainly at Edinburgh's Queen's Hall.

Jonathan Nott is an English conductor. The son of a priest at Worcester Cathedral, he was a music student and choral scholar at the University of Cambridge, and also studied singing and flute in Manchester at the Royal Northern College of Music. Nott was also a conducting student in London. He left Britain to develop his conducting career in Germany via the traditional Kapellmeister system.

The Kingdom of Italy was a state which existed from 1861—when King Victor Emmanuel II of Sardinia was proclaimed King of Italy—until 1946—when a constitutional referendum led civil discontent to abandon the monarchy and form the modern Italian Republic. The state was founded as a result of the unification of Italy under the influence of the Kingdom of Sardinia, which can be considered its legal predecessor state.

Veronika Eberle is a German violinist. 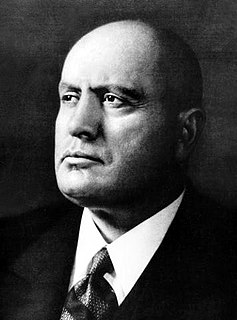 Benito Amilcare Andrea Mussolini was an Italian politician and journalist who was the leader of the National Fascist Party. He ruled Italy as Prime Minister from 1922 to 1943; he constitutionally led the country until 1925, when he dropped the pretense of democracy and established a dictatorship.

Robin Ticciati is a British conductor of Italian ancestry. His paternal grandfather, Niso Ticciati, was a composer, arranger, cellist, and keyboardist. His father is a barrister, and his mother is a therapist. His older brother Hugo Ticciati is a violinist, and his sister is a theology professor.

Nicholas Collon is a British conductor.

Aurora Orchestra is a British chamber orchestra, co-founded in 2004 by conductors Nicholas Collon and Robin Ticciati. The orchestra is based in London, where it is Resident Orchestra at Kings Place and Associate Orchestra at Southbank Centre. The orchestra was also previously Associate Orchestra at LSO St Luke's, and performs regularly at other venues including St George's Bristol, the Colyer-Fergusson Hall in Canterbury, and The Apex in Bury St Edmunds. It has developed a particular reputation for creative programming and concert presentation, including pioneering memorised performance as a regular feature of its artistic output. Since its launch in 2005, it has worked with artists ranging from Ian Bostridge, Brett Dean, Anthony Marwood and Sarah Connolly to Edmund de Waal, Wayne McGregor and Björk.

The Minor Basilica of Santi Vicenzo e Caterina de' Ricci is a Catholic church, built in the 16th to 18th centuries, and located in the town of Prato, in Tuscany, Italy. Adjacent to the church is a 16th-century monastery. 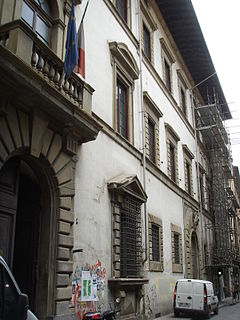 The Palazzo Rinuccini is a palace located on Via Santo Spirito #39 in central Florence, region of Tuscany Italy.