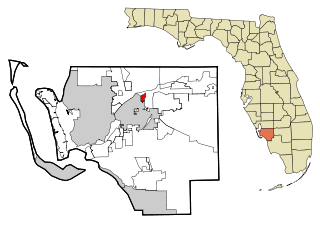 Tice is an unincorporated community and census-designated place (CDP) in Lee County, Florida, United States. As of the 2010 census, the CDP population was 4,470. It is part of the Cape Coral-Fort Myers, Florida Metropolitan Statistical Area.

Michael Peter Tice is a former American football tight end and coach. He played college football at the University of Maryland, College Park and spent 11 seasons playing in the National Football League (NFL) before spending 22 seasons as a coach, including four seasons as the Minnesota Vikings head coach.

William Evelyn Cameron was an American soldier, lawyer, journalist, and politician. He served as the 39th Governor of Virginia from 1882–1886, elected as the candidate of the Readjuster Party headed by William Mahone.

Buffalo was an Australian rock band formed in August 1971 by founding mainstay Dave Tice on lead vocals (ex-Head). Fellow founders, also from Head, were Paul Balbi on drums, John Baxter on guitar, and Peter Wells on bass guitar; together with Alan Milano on lead vocals (ex-Mandala). Milano left after their debut album, Dead Forever..., and Balbi was replaced on drums by Jimmy Economou. Their next two albums, Volcanic Rock and Only Want You For Your Body, were also issued by Vertigo Records. After 1975 line-up changes resulted in a more commercial sound and the group disbanded in March 1977. Australian musicologist Ian McFarlane noted that there was "nothing subtle about Buffalo's primal, heavyweight sound, but it was delivered with a great deal of conviction ... combining the dense, occult riffing ... with the progressive blues chops ... the band certainly captured the arrogant disposition of the times in a bold and thunderous fashion". Alongside Billy Thorpe & The Aztecs and Blackfeather, Buffalo pioneered Australia's heavy metal, pub rock and psychedelic rock movements. Peter Wells died on 27 March 2006, aged 58.

WRXY-TV, virtual channel 49, is a CTN owned-and-operated television station serving Fort Myers and Naples, Florida, United States that is licensed to Tice. The station is owned by the Christian Television Network. WRXY-TV's studios and transmitter are located on Horseshoe Road in Punta Gorda. The station is branded as CTN 10, in reference to its channel position on most cable systems in the market.

The Tice Grammar School is a historical school in Tice, Florida, United States. It is located at 4524 Tice Street. On July 8, 1999, it was added to the U.S. National Register of Historic Places.

The 2002 season was the Minnesota Vikings' 42nd in the National Football League, and the first under head coach Mike Tice. Tice was the third of the Vikings' six head coaches to be promoted from within the team's coaching ranks but the first to have actually played for the team.

The Norfolk Four are four United States Navy veterans: Joseph J. Dick Jr., Derek Tice, Danial Williams, and Eric C. Wilson, who are known for having been wrongfully convicted in 1999 and 2000 on charges related to the 1997 rape and murder of Michelle Moore-Bosko in Norfolk, Virginia. They each declared that they had made false confessions, and their convictions are considered highly controversial. A fifth man, Omar Ballard, confessed and pleaded guilty to the crime in 2000, insisting that he had acted alone. He had been in prison since 1998 because of violent attacks on two other women in 1997. He was the only one of the suspects whose DNA matched that collected at the crime scene, and whose confession was consistent with other forensic evidence.

Camp Wellfleet is a former United States military training camp. It occupies about 1,738 acres (7.03 km2) of land located along the Atlantic Ocean in the Town of Wellfleet, Massachusetts. The 548th Antiaircraft Artillery Battalion used the Camp for a firing range from 1954-1956. The majority of the site is owned and maintained by the National Park Service, as the administrator of the Cape Cod National Seashore. The Town of Wellfleet owns a portion of the site. It was officially opened on March 19, 1943.

Dead Forever... is the debut album by Australian proto-heavy metal band Buffalo, recorded and originally released in 1972. Considered by some to be the first Australian heavy metal album, Dead Forever... also strongly displayed the band's progressive rock and psychedelic influences. Significantly, it was the first release by a non-British and non-European artist on the legendary Vertigo label. The album was remastered and reissued in March 2006 by Australian record label Aztec Music on CD with additional tracks, including an A-side and B-side released by the pre-Buffalo outfit Head. 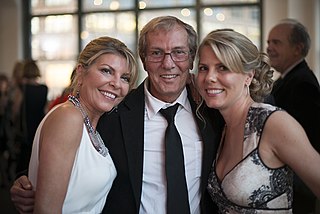 George A. Tice (1938-) is an American photographer, best known for his meticulously crafted black and white prints in silver gelatin and platinum, as well as his books, which depict a broad range of American life, landscape, and urban environment, mostly photographed in his native New Jersey, where he has lived all his life, except for his service in the U. S. Navy, a brief period in California, a fellowship in the United Kingdom, and summer workshops in Maine, where he taught at the Maine Photographic Workshops, now the Maine Media Workshops.

Saranap is a residential census-designated place (CDP) within central Contra Costa County, California. Lying at an elevation of 180 feet, it is bounded on the south and east by portions of Walnut Creek and on the north and west by Lafayette. Saranap's ZIP code is 94595, but is addressed "Walnut Creek, CA" for delivery purposes as this is the postal designated city name used by residents. The community is in telephone area code 925. Saranap's population as of the 2010 census was 5,202.

Turbulence is a United States National Security Agency (NSA) information-technology project started c. 2005. It was developed in small, inexpensive "test" pieces rather than one grand plan like its failed predecessor, the Trailblazer Project. It also includes offensive cyberwarfare capabilities, like injecting malware into remote computers. The U.S. Congress criticized the project in 2007 for having similar bureaucratic problems as the Trailblazer Project.

Austin Bennett Tice is a freelance journalist and a veteran U.S. Marine Corps officer who was kidnapped while reporting in Syria on August 14, 2012. His whereabouts remain unknown.

The following television stations in the United States brand as channel 10 :

Richard James Sunley Tice is a British businessman, and politician. He was elected as a Brexit Party Member of the European Parliament for the East of England at the 2019 European Parliament election. He held this role until the United Kingdom's withdrawal from the EU. He is the chairman of the party. Tice is a founder of the pro-Brexit campaign groups Leave Means Leave, and Leave.EU.

Tice may refer to:

Merrell v. Tice, 104 U.S. 557 (1881), was a United States Supreme Court ruling dealing with copyright. At the time, a prerequisite for having a copyright was delivering two copies of the material to the Library of Congress within a time limit. Tice sued Merrell for copyright infringement and the lower courts were sympathetic; he just had to prove that he had observed that prerequisite. As evidence, Tice presented notes purportedly from the Library of Congress that certified that he had sent the book to the Library on time. Appeals of the case eventually landed it in the Supreme Court.