Rainie & Love...? has been certified platinum by Recording Industry Foundation in Taiwan (RIT) with sales of 50,000 units, making it one of Taiwan's best selling albums. The Japanese version "Koi no Mahō" of "Qing Chun Dou" was released in Japan on January 27, 2010. It was included in the Japanese celebration edition released on February 5, 2010. [2]

An official music video for "Qing Chun Dou (Youth Bucket)" was released by Sony in January 2010. It describes a girl's youth being chased by time throughout her life. Rainie Yang, the main character, shows her dance in this MV, which, according to her, "seems to be filming a martial arts scene, but it was a lot of fun." [1] [3]

Live performances and usage in other media 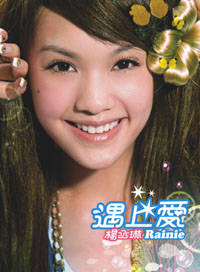 Myself is the eleventh studio album by Taiwanese singer Jolin Tsai. It was released on 13 August 2010, by Warner Music Taiwan. Andrew Chen, Adia, and Paula Ma handled its production with a variety of collaborators including Danielle Senior, Scott Wild, Gabriel Ssezibwa, Rene Prang, Lars Quang, Nik Quang, Jonas Saeed, and Pia Sjöberg. The album is based on the concept of party, and it was Tsai's most participated album to date.

Rainie & love...? is the fifth Mandarin studio album of Taiwanese Mandopop artist Rainie Yang. It was released on January 1, 2010 by Sony Music Taiwan. Two editions of the album were released: pre-order edition and Rainie & love...? with different issues for Taiwan and Hong Kong. Its Japanese version was also issued for the Japanese market. 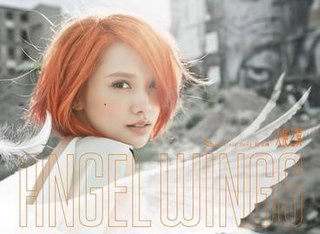 Love at Second Sight is a 2014 Chinese drama starring Zheng Kai, Rainie Yang and Michael Zhang. Filming began on 20 February 2014 and wrapped in end of April. It was filmed on Zhengzhou, China.

Yang Rong is a Chinese actress of Bai origin. She is best known for her roles in Cosmetology High and Memory Lost. 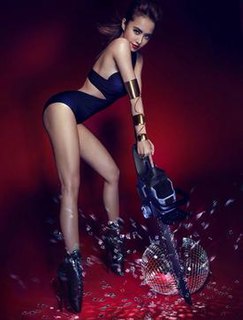 Play World Tour was the fourth concert tour by Taiwanese singer Jolin Tsai, in support of her thirteenth studio album, Play. It started on May 22, 2015, in Taipei, Taiwan at Taipei Arena and continued throughout Asia and North America before concluding on July 16, 2016, in Kuala Lumpur, Malaysia at Stadium Merdeka.

Operation Love is a 2017 Chinese television series starring Lay Zhang and Chen Duling. The series is a remake of the Japanese drama of the same name that aired in 2007. It aired on Dragon TV from 24 April to 6 June 2017 and was also streamed on QQLive. 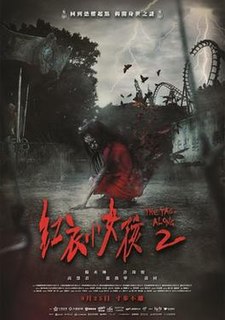 The Tag-Along 2 is a 2017 Taiwanese horror film directed by Cheng Wei-hao. It is a sequel to The Tag-Along (2015), which is adapted from the well-known Taiwanese urban legend, "The Little Girl in Red". The film stars Rainie Yang, Hsu Wei-ning, Francesca Kao, Lung Shao-hua and River Huang. It was released on August 25, 2017. 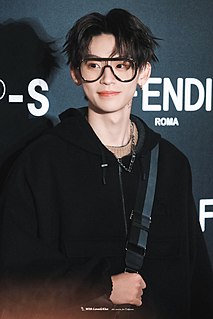 Wang Linkai, commonly known by his stage name Xiao Gui is a Chinese rapper and singer-songwriter. In 2017, participated in the iQIYI Hip-Hop music audition show "The Rap of China", won the top 70 in the country, and officially entered the entertainment industry. He was a member of the Chinese boy group Nine Percent from the 2018 Chinese survival talent show Idol Producer. On 29 August 2018, he won the "Best New Musician" award at the 2018 Chinese Music Festival held at Beijing National Stadium.and the song "Good Night" won the Golden Melody of the Year Award. On November 20, 2018, the group's first music album "TO THE NINES" was released with NINE PERCENT On October 6, 2019, NINE PERCENT officially graduated Unlock the identity of the producer in 2020 and join the Mango TV Rap music variety show "Listen Up" He creates rap as his main form of musical expression. 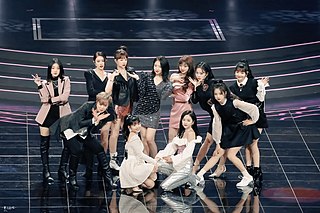 Delete Reset Grow is the eleventh Mandarin studio album by Taiwanese Mandopop artist Rainie Yang. It was released on 27 November 2019 through EMI, her third album on the sublabel of Universal Music Taiwan.

Like a Star is the twelfth Mandarin studio album by Taiwanese Mandopop artist Rainie Yang. It was released on 5 November 2020 through EMI, her fourth album on the sublabel of Universal Music Taiwan. This album marks Yang's twentieth anniversary since her debut. It also signifies her return to dance music, including genres such as trap and trance.

Forget You Remember Love is a 2020 Chinese television series starring Xing Fei and Jin Ze. It is the remake of 2005 Taiwanese drama The Prince Who Turns into a Frog. It aired on Tencent Video and Mango TV from March 23 to April 27, 2020 in 38 episodes.

Kine Therese Ludvigsen Fossheim is a Norwegian singer best known for her work with the Oslo Gospel Choir, her six solo albums, the song "Sarajevo" released as a single for Lillehammer Olympic Aid, and songs written for Chinese artists including Jacky Cheung, Rainie Yang and Stephy Tang.