Tiddles, also known as the Paddington Station cat, (1970–1983) was a tabby-and-white cat who spent most of his life in the ladies' room at Paddington Station, in London. Constantly fed choice meats, including titbits from his admirers, he became famously fat.

Attempts to reduce his weight did not work because his fans continued to overfeed him. He eventually weighed 32 pounds (15 kg) [14] and "resemble[d] a beach ball with fur." [11] Tiddles was euthanised in 1983 after veterinarians found fluid around his lungs. [9] 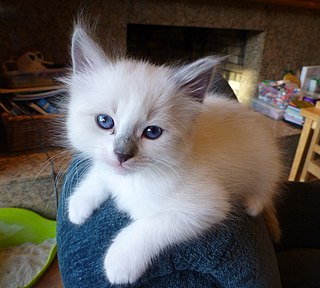 A kitten is a juvenile cat. After being born, kittens display primary altriciality and are totally dependent on their mothers for survival. They normally do not open their eyes for seven to ten days. After about two weeks, kittens develop quickly and begin to explore the world outside their nest. After a further three to four weeks, they begin to eat solid food and grow baby teeth. Domestic kittens are highly social animals and usually enjoy human companionship.

The Maine Coon is a large domesticated cat breed. It is one of the oldest natural breeds in North America. The breed originated in the U.S. state of Maine, where it is the official state cat.

The Munchkin is a relatively new breed of cat characterized by its very short legs, which are caused by genetic mutation. The Munchkin is considered to be the original breed of dwarf cat.

Daniel Lambert was a gaol keeper and animal breeder from Leicester, England, famous for his unusually large size. After serving four years as an apprentice at an engraving and die casting works in Birmingham, he returned to Leicester around 1788 and succeeded his father as keeper of Leicester's gaol. He was a keen sportsman and extremely strong; on one occasion he fought a bear in the streets of Leicester. He was an expert in sporting animals, widely respected for his expertise with dogs, horses and fighting cocks.

Hodge was one of Samuel Johnson's cats, immortalised in a characteristically whimsical passage in James Boswell's 1791 book Life of Johnson. 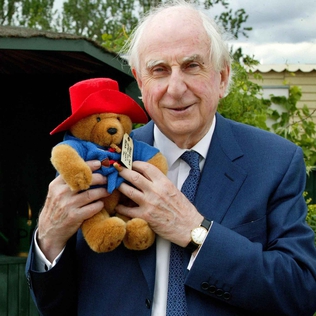 Thomas Michael Bond was a British author. He is best known for a series of fictional stories for children, featuring the character of Paddington Bear. More than 35 million Paddington books have been sold around the world, and the characters have also appeared in a popular film series and on television. His first book was published in 1958 and his last in 2017, a span of 59 years. 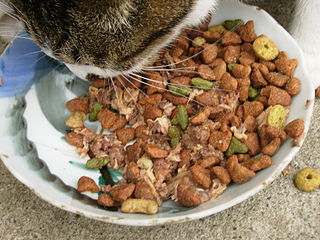 Cat food is food for consumption by cats. Cats have specific requirements for their dietary nutrients. Certain nutrients, including many vitamins and amino acids, are degraded by the temperatures, pressures and chemical treatments used during manufacture, and hence must be added after manufacture to avoid nutritional deficiency. 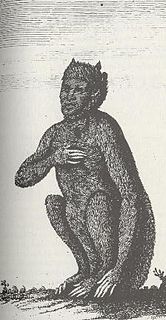 A werecat is an analog to "werewolf" for a feline therianthropic creature. 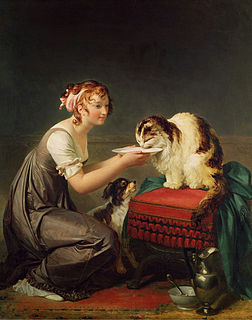 The cultural depiction of cats and their relationship to humans is old and stretches back over 9,500 years. Cats are featured in the history of many nations, are the subject of legend, and are a favorite subject of artists and writers. 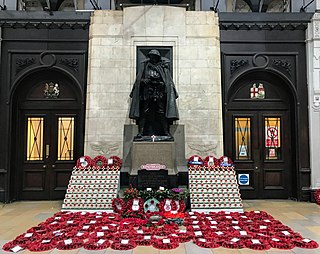 The Great Western Railway War Memorial is a First World War memorial by Charles Sargeant Jagger and Thomas S. Tait. It stands on platform 1 at London Paddington station, commemorating the 2,500 employees of the Great Western Railway (GWR) who were killed in the conflict. One-third of the GWR's workforce of almost 80,000 left to fight in the First World War, the company guaranteeing their jobs, and the GWR gave over its workshops for munitions manufacturing as well as devoting its network to transporting soldiers and military equipment. The company considered several schemes for a war memorial before approaching Jagger to design a statue. Some officials continued to push for an alternate design, to the point that Jagger threatened to resign. Jagger was working on several other war memorial commissions at the same time as the GWR's, including his most famous, the Royal Artillery Memorial.

Feline acne is a problem seen in cats primarily involving the formation of blackheads accompanied by inflammation on the cat's chin and surrounding areas that can cause lesions, alopecia, and crusty sores. In many cases symptoms are mild and the disease does not require treatment. Mild cases will resemble dirt on the cat's chin, but the "dirt" will not brush off. More severe cases, however, may respond slowly to treatment and seriously detract from the health and appearance of the cat. Feline acne can affect cats of any age, sex or breed, although Persian cats are also likely to develop acne on the face and in the skin folds. This problem can happen once, be reoccurring, or even persistent throughout the cat's life.

Chow Hound is a 1951 Warner Bros. Looney Tunes animated short directed by Chuck Jones and written by Michael Maltese. The short was released on June 16, 1951. The voices are performed by Mel Blanc, Bea Benaderet and John T. Smith. 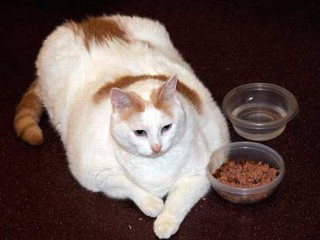 Prince Chunk was a domestic shorthair cat, who at one time was alleged to weigh 44 pounds, a world record. He was found in Voorhees, New Jersey, on July 26, 2008, by Animal Control, who nicknamed him "Captain Chunk". After a search for his owner, it was found that his name was Powder and that he was abandoned by Donna Oklatner, an elderly Voorhees resident. Oklatner claimed she could not afford to take care of the cat when she lost her home in foreclosure proceedings. 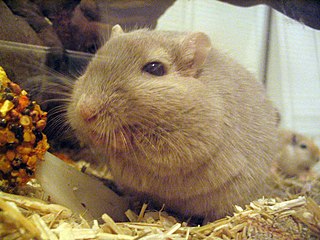 Room and Bird is a 1951 Warner Bros. Merrie Melodies animated short directed by Friz Freleng. The short was released on June 2, 1951, and stars Tweety and Sylvester. 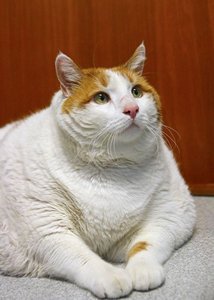 Meow, also known as Meow the obese cat, was a male domestic cat who attracted international attention when an animal shelter publicized efforts to slim him down, in an attempt to have him adopted. However, Meow died of lung failure two weeks after entering the animal shelter, on May 5, 2012. He was the world's heaviest cat at his time of death, weighing 39.6 pounds.

The domestic cat is a revered animal in Islam. Admired for their cleanliness, cats are considered "the quintessential pet" by Muslims.