Tide is the seventh album by Antônio Carlos Jobim, released in 1970 on A&M Records and arranged by Deodato.

All tracks written by Antônio Carlos Jobim except where noted.

Eumir Deodato de Almeida is a Brazilian pianist, composer, arranger and record producer, primarily in jazz but who has been known for his eclectic melding of genres, such as pop, rock, disco, rhythm and blues, classical, Latin and bossa nova.

The Stockholm Concert, 1966 is a 1966 live album by the American jazz singer Ella Fitzgerald, accompanied in part by the Duke Ellington Orchestra. The recording remained unreleased until 1984.

Love, Strings and Jobim is a 1966 album by various Brazilian artists who play new Brazilian songs by various composers. Because Antônio Carlos Jobim is pictured on the cover and mentioned in the title, he has been and continues to be credited to be the performing artist on the album. Jobim does not appear on the album except as a composer. The original Brazilian title of this album is "Tom Jobim Apresenta" and it appeared on the Elenco label.

Stone Flower is the sixth studio album by Antônio Carlos Jobim. Recorded in March, April, and May 1970 by Rudy Van Gelder at Van Gelder Studios and produced by Creed Taylor, the album was released on July 7 on CTI Records. 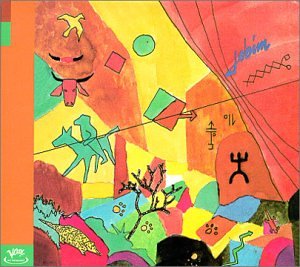 Jobim is the eighth studio album by Antônio Carlos Jobim. It was released in 1973. In Brazil, it was released as Matita Perê without the additional English version of Águas de Março.

Cannonball's Bossa Nova is a 1962 album by jazz musician Julian "Cannonball" Adderley. First released on Riverside in 1963, the album was reissued on Capitol Records several times with different covers and titles.

Prelude is the eighth studio album by Brazilian keyboardist Eumir Deodato, released in 1973. With the signature track "Also Sprach Zarathustra (2001)", Prelude would become the most successful recording for Deodato and CTI Records.

The Return of the Prodigal Son is an album by jazz saxophonist Stanley Turrentine consisting of two sessions recorded for the Blue Note label in 1967 and arranged by Duke Pearson featuring McCoy Tyner.

Salt Song is an album by jazz saxophonist Stanley Turrentine recorded for the CTI Note label featuring performances by Turrentine with an orchestra arranged by Eumir Deodato. The CD rerelease added another track.

I Don't Care Who Knows It is an album by American pianist and arranger Duke Pearson featuring performances recorded between 1968 and 1970. The album was released on the Blue Note label in 1996. 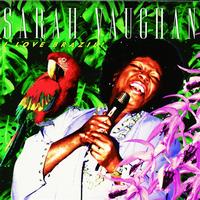 Gilberto with Turrentine is an album by Brazilian samba and bossa nova singer Astrud Gilberto and American saxophonist Stanley Turrentine featuring performances recorded in 1971 released on the CTI label.

Bossa Nova: New Brazilian Jazz is an album by Argentine composer, pianist and conductor Lalo Schifrin recorded in 1962 and released on the Audio Fidelity label. The album was released during the height of the popularity of bossa nova music in the early 1960s and was one of Schifrin's earliest solo albums after leaving Dizzy Gillespie's band. 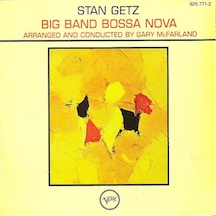 Big Band Bossa Nova is a 1962 album by saxophonist Stan Getz with the Gary McFarland Orchestra. The album was arranged and conducted by Gary McFarland and produced by Creed Taylor for Verve Records. This was Getz's second bossa nova album for Verve following Jazz Samba, his very successful collaboration with guitarist Charlie Byrd.

The Man with the Sad Face is an album by jazz saxophonist Stanley Turrentine recorded for the Fantasy label in 1976 and featuring performances by Turrentine with an orchestra arranged and conducted by David Van De Pitte. The album consists of Turrentine's versions of many current pop and disco hits.

Do the Bossa Nova with Herbie Mann is an album by American jazz flautist Herbie Mann recorded in 1962 for the Atlantic label.

Latin Fever is an album by American jazz flautist Herbie Mann recorded for the Atlantic label and released in 1964. The album features tracks from the 1962 sessions that produced Do the Bossa Nova with Herbie Mann with more recent recordings.

Daddy Bug is an album by American jazz vibraphonist Roy Ayers released on the Atlantic label in 1969. Several tracks from the album were re-released without string and woodwind overdubs on Daddy Bug & Friends in 1976.

Goodies is an album by jazz trombonist and arranger J. J. Johnson with a big band recorded in 1965 for the RCA Victor label.

Bossa Nova is an album by American jazz trumpeter, composer and arranger Shorty Rogers, released on the Reprise label in 1962.