Tidmarsh is an English surname. People with this surname include:

Neil Christian was an English singer. Christian had a solo hit single in 1966, when "That's Nice", reached Number 14 in the UK Singles Chart. He remains, however, a one-hit wonder. Follow-up singles "Oops" and "Two at a Time" never reached the charts. He was born Hoxton, East London.

Sir James Napier Tidmarsh was the Lord Lieutenant of Bristol from 1996 until 2007.

J. Tidmarsh & Co. was a soap and candle manufacturer in the early days of Adelaide, in the colony of South Australia.

Is Your Honeymoon Really Necessary? is a 1953 British comedy film directed by Maurice Elvey. The film was based on Vivian Tidmarsh's play by the same name. 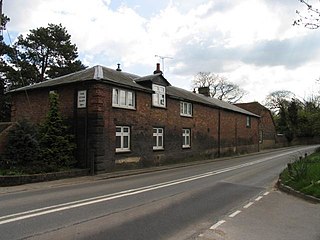 Tidmarsh is a village and civil parish in West Berkshire England. Its development is mainly residential or agricultural and centred on the A340 road between Pangbourne and Theale. Its rural area is bounded by the M4 motorway to the south. It is centred 1.5 miles (2.4 km) south of Pangbourne, 5.5 miles (8.9 km) west of Reading and 40 miles (64 km) west of London. Though marsh is in its name, most of the parish is elevated more than 5 metres above the level of the Pang.

A formal Irish-language personal name consists of a given name and a surname. Surnames in Irish are generally patronymic in etymology, although they are no longer literal patronyms, as Icelandic names are. The form of a surname varies according to whether its bearer is male or female and in the case of a married woman, whether she chooses to adopt her husband's surname.

Rowlan is an Irish Surname and the anglicized version of the name Ó Rothlain. It, therefore, shares a link with the surnames Rowland, Rowlands, Rollan, Rollin, Rolan, Roland and Rowley.

Flynn is an Irish surname or first name, an anglicised form of the Irish Ó Floinn, meaning "descendant of Flann". The name is more commonly used as a surname rather than a first name. The name rose independently in several parts of Ireland.

Pullen is an uncommon English surname with a purported Norman origin. "Pullen" is likely an occupational name, arising from the Old French poulain. There are several variants of "Pullen", including Pullin, Pullins, Pulleyn, Pullan and Pullein, the latter being the earliest recorded version (1166).

Peart is the surname of:

Cowell is a surname with multiple origins.

Hegarty is a surname. Notable people with the surname include:

McEvoy is a surname of Irish origin. Notable people with the surname include:

Downey is an Irish surname that means in English “belonging to a fort”. The name is found from ancient times in areas of Ireland’s modern County Galway, southwest Cork, Kerry, Limerick, Ulster and Leinster and is believed to be the surname of three distinct families. In Ulster, Downey were the chiefs of the Ulaid petty-kingdom of Cinel Amhalgaidh, now known as Clanawley in County Down, Northern Ireland.

Rochford is a surname. Notable people with the surname include:

Keen is an English surname. It is either of Anglo-Saxon origin, and a nickname surname for someone who is brave, or from the Middle English or Olde English personal name 'Kene', which means king. Alternatively, it can be a variation of the Irish surname O'Cahan.

Outlook is a radio programme on BBC World Service that broadcasts human interest stories from across the globe. It broadcasts from Monday to Thursday from 1206 to 1259 GMT. A best-of edition, Outlook Weekend, airs on Saturdays from 1006 to 1029 GMT. First broadcast on 4 July 1966, it began as a straightforward magazine programme and was presented for more than thirty years by John Tidmarsh. More recently, it has been praised for a consistent ability to uncover fascinating stories. It was credited with bringing solace to Terry Waite after his abduction by Islamic extremists in Beirut in 1987. Corruption of any kind is a favourite topic on the show and it has achieved recognition for its high production values alongside other BBC radio programmes. 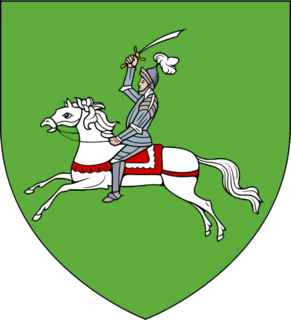 Maguire is an Irish surname from the Gaelic Mag Uidhir, which is "son of Odhar" or "son of the dun or dark coloured one". According to legend, the eleventh in descent from Colla da Chrich, great-grandson of Cormac mac Airt, monarch of Ireland about the middle of the third century. From the 13th to the 17th centuries, the Maguires were kings of Fermanagh.