Tie Break is a successful and "significant" [1] Polish jazz rock group, formed in Częstochowa in 1977. [2] The group was formed by guitarist Janusz Iwański and the bassist Krzysztof Majchrzak, [3] and was soon joined by flute player Grzegorz Chmieleck. [4] The current lineup includes Janusz Iwański, Marcin Pospieszalski, Antoni Gralak and Mateusz Pospieszalski. [5] The group has performed at notable venues such as the Jazz Jamboree. 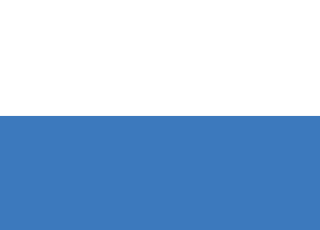 Żydowski Związek Wojskowy was an underground resistance organization operating during World War II in the area of the Warsaw Ghetto, which fought during the Warsaw Ghetto Uprising and 1944 Warsaw Uprising. It was formed, primarily of former officers of the Polish Army, in late 1939, soon after the start of the German occupation of Poland. 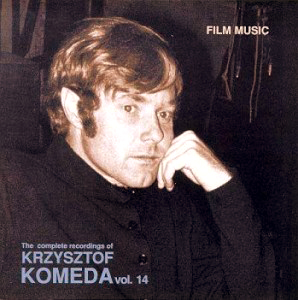 Krzysztof Komeda was a Polish film music composer and jazz pianist. Perhaps best known for his work in film scores, Komeda wrote the scores for Roman Polanski’s films Knife in the Water (1962), Cul-de-sac (1966), The Fearless Vampire Killers (1967), and Rosemary’s Baby (1968). Komeda's album Astigmatic (1965) is widely regarded as one of the most important European jazz albums; British critic Stuart Nicholson describes the album as "marking a shift away from the dominant American approach with the emergence of a specific European aesthetic."

Kraków is considered by many to be the cultural capital of Poland. It was named the European Capital of Culture by the European Union for the year 2000. The city has some of the best museums in the country and several famous theaters. It became the residence of two Polish Nobel laureates in literature: Wisława Szymborska and Czesław Miłosz, while a third Nobel laureate, the Yugoslav writer Ivo Andric also lived and studied in Krakow. It is also home to one of the world's oldest universities, the Jagiellonian University of Kraków.

Janusz Korwin-Mikke is a Polish far-right politician, paleolibertarian and author. He was a member of the European Parliament from 2014 until 2018. He was the leader of the Congress of the New Right (KNP), which was formed in 2011 from Liberty and Lawfulness, which he led from its formation in 2009, and the Real Politics Union, which he led from 1990 to 1997 and from 1999 to 2003. Currently, he is the chairman of the party Liberty, which changed its name from KORWiN, and since 2019 he is a member of the Sejm, elected from the electoral list of Confederation Liberty and Independence.

The 7th Infantry Division was the name of several units of the Polish Army.

Henryk Iwański (1902-1978), nom de guerre Bystry, was a member of the Polish resistance during World War II. He is known for leading one of the most daring actions of the Armia Krajowa in support of the Warsaw Ghetto Uprising, however later research cast doubts on the veracity of his claims. For his assistance to the Polish Jews Iwański was bestowed the title of the Righteous Among the Nations by Yad Vashem in Jerusalem in 1964.

Polish jazz has a history that spans periods of both acceptance and political repression. 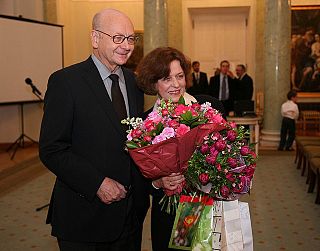 Janusz Bogumił Kochanowski was a Polish lawyer, diplomat, and the Commissioner for Civil Rights Protection of the Republic of Poland.

Janusz Szrom is a Polish jazz vocalist and composer.

Janusz Iwański, best known as Yanina, is a Polish jazz and rock guitarist, composer, songwriter and vocalist. He has performed with the groups Tie Break, Soyka Yanina, and Maanam. Since 2007 he has been playing with the rock group, The Goodboys. 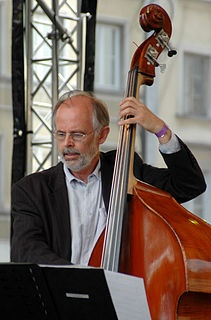 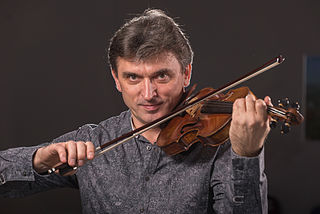 Siergiej Wowkotrub is a classical and jazz violinist, composer, a member of the quartet Sergei Wowkotrub Gypsy Swing Quartet.

Janusz Józef Muniak was a Polish jazz musician, saxophonist, flutist, arranger, and composer. He was one of the pioneers of free jazz in Europe, although later in life tended towards the mainstream.