Tied & Tickled Trio is a German electronica/dub/jazz musical collective. It was founded in 1994 by Markus Acher and Christoph Brandner in Weilheim, Bavaria as a polyrythmic duo playing drums only. After the joining of sculptor Andreas Gerth (electronics) and Markus' brother Micha (bass), the core of "Tied & Tickled Trio" was formed and their style turned to jazz. This trend later was fixed with new member coming – Johannes Enders, a studied jazz sax player.

The collective shares members with The Notwist, Lali Puna and other bands from the Morr Music label.

The Notwist are a German indie rock band. Formed in 1989, the band moved through several musical incarnations despite maintaining a relatively stable line-up. While their early records moved through heavy metal into dark indie rock, their recent efforts for which they have received the most attention have been strongly influenced by the electronica scene, along with the other groups on the record label Morr Music.

Jaga Jazzist is a Norwegian experimental jazz band, that rose to prominence when the BBC named their second album, A Livingroom Hush, the best jazz album of 2002. 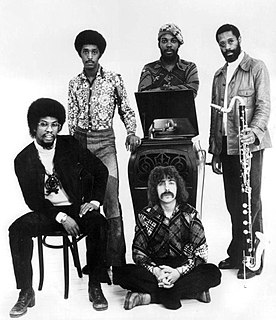 Lali Puna is a Munich-based electropop band originally from Weilheim in Oberbayern, Germany.

Shrink is the fourth album by German indie rock/electronica group The Notwist. The album is notable for its movement away from the group's punk origins and including elements of electronica, ambient, and jazz. 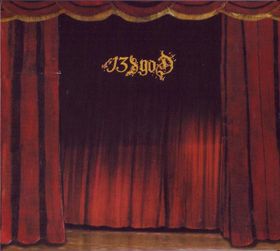 13 & God is the first studio album by 13 & God, a collaboration between American hip hop group Themselves and German rock band The Notwist. It was released on Anticon and Alien Transistor in 2005. "Men of Station / Soft Atlas" was released as a single from the album.

The Sweets of Sin are an Australian experimental crossover pop band with strong modern classical, jazz and performance influences. The group formed in Adelaide in 1985 by Frank Mankyboddle on vocals, guitar and percussion; and Steve Z on soprano and tenor saxophones, French horn, flute, clarinet, keyboards, vocals and keyboard programming. The band's name was from Ulysses by James Joyce on the instigation of Steve Z. They relocated to Sydney in 1986 and issued a self-titled debut album in 1987 on Jarra Hill Records. The group moved to Berlin in 1989 and disbanded there in 1994. Mankyboddle reformed the group in 2002 and they issued Me-ism in 2004.

Long Yellow Road is the second album by the Toshiko Akiyoshi – Lew Tabackin Big Band. It was named Best Jazz Album of the year by Stereo Review magazine. In 1976, the album received a Grammy Award nomination for Best Jazz Performance by a Big Band.

Quiet is an album by jazz guitarist John Scofield. As with his 1992 album Grace Under Pressure, Scofield chose to orchestrate his original compositions with horns. The album also features the electric bass of Steve Swallow, who was in Scofield's Trio of 1980-1983. Quiet is distinct in Scofield's discography as a solo album where he plays only acoustic guitar. Scofield returned to the album's format of adding orchestration to his trio of Swallow and drummer Bill Stewart on his 2007 album This Meets That.

The Notwist is the self-titled debut album from the German musical group The Notwist. The record presents a side of the band which has subsided considerably during their recent recordings. Early incarnations of the group saw them exploring very broad avenues of punk and metal, while they would later veer more toward an abstract electronic and indie feel. 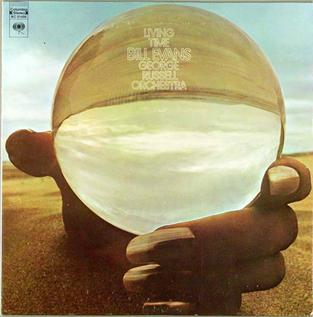 Living Time is an album by the Bill Evans George Russell Orchestra recorded in 1972 and released on the Columbia label, featuring performances by Evans with an orchestra conducted by Russell.

A Livingroom Hush is the second album of Jaga Jazzist, released in 2001 by Ninja Tune under the authority of the Warner Music Group. The BBC named it the best jazz album of 2002. The album features ten instrumental songs, most of which having been composed by Lars Horntveth and Jørgen Munkeby. 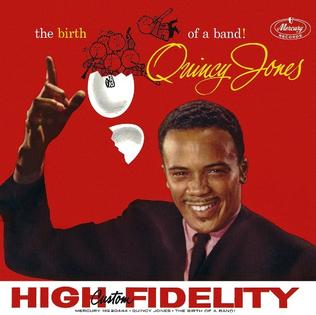 The Birth of a Band! is an album by Quincy Jones that was released by Mercury with performances by Zoot Sims, Clark Terry, Harry Edison, and Phil Woods.

The Stix is the third studio album by the Norwegian band Jaga Jazzist. It was released on 6 May 2003 by Ninja Tune to positive reviews.