Tiempo de perdón, is a 1969 Mexican telenovela produced by Televisa and originally transmitted by Telesistema Mexicano. [1]

Ha*Ash is an American Latin pop duo from Lake Charles, Louisiana. The band was formed in 2002 by sisters Ashley Grace and Hanna Nicole. The duo's name is a combination of their names. Combining a mixture of pop, ballad, country and singer-songwriter style. The duo is known for the singles "Lo Aprendí de Ti", "Perdón, Perdón" and "Te Dejo en Libertad", among others. Because their father worked outside the United States, they were raised half the year in Mexico City and half in Lake Charles.

Bibi Gaytán, is a Mexican singer and actress, born Silvia Gaytán Barragán on January 27, 1972 in Tapachula, Chiapas, Mexico. Since she was born, she has lived in Villahermosa, Tabasco and she considers herself "Tabasqueña".

Irán Castillo is a Mexican actress and singer.

Adela Amalia Noriega Méndez, better known as Adela Noriega, is a retired Mexican actress. Noriega came to prominence as a teenager, starring in teen-oriented coming-of-age telenovelas in the late 1980s.

Jaime Federico Said Camil Saldaña da Gama, known professionally as Jaime Camil, is a Brazilian-Mexican actor, singer and television personality. He is best known for his roles as Fernando Mendiola in La Fea Más Bella and Rogelio de la Vega in Jane the Virgin, the latter of which he was twice nominated for the Critics' Choice Television Award for Best Supporting Actor in a Comedy Series.

Elisa Zulueta is a Chilean television, theatre and film actress who studied at the Pontificia Universidad Católica de Chile. Formerly, she worked for TVN where she made little works in telenovelas and series. In 2008 she gained fame with the role of Julia Amigo in the telenovela Lola of Canal 13. In 2009, Elisa Zulueta and Emilio Edwards were the main roles for the Chilean film Tanto Tiempo, directed by Claudio Polgati, this film won two prizes in the eight version of the Festival Internacional de Cine Chico de Canarias.

El perdón de los pecados is a Venezuelan telenovela written by Ibsen Martínez and produced by Venevisión in 1996.

Luis Gerónimo Abreu Ascanio is a Venezuelan actor known for his performance in telenovelas. 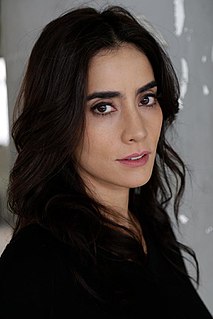 Mi corazón es tuyo is a Mexican telenovela produced by Juan Osorio for Televisa. The telenovela is an adaptation of the Spanish TV series Ana y los 7. It was adapted in Mexico by Alejandro Pohlenz, Marcia del Río, and Pablo Ferrer.

Sofía dame tiempo, was a Colombian telenovela produced by RTI for Caracol Televisión and Telemundo in 2003. It was a remake of the telenovela El último beso.

Henry Zakka is a Venezuelan actor and director. He began acting in the 1980s and 1990s in RCTV telenovelas. 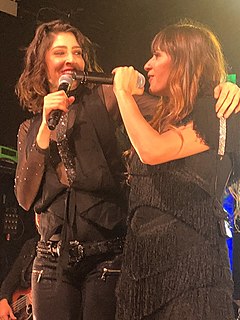 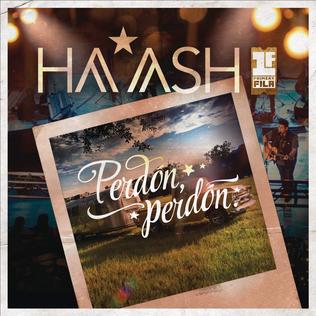 "Perdón, Perdón" is the lead single of the live album Primera Fila: Hecho Realidad by American duo Ha*Ash. The single was officially released on September 22, 2014. The music video of the song is the live performance in Estudios Churubusco, Mexico City, on 7 July 2014. The song then included on their live album En Vivo (2019). It was written by Ashley Grace, Hanna Nicole and José Luis Ortega.