Tiempos Nuevos is the debut album by Mexican singer-songwriter Irán Castillo, released by Sony Music in the United States and Mexico on September 2, 1997 (see 1997 in music).

Irán Castillo is a Mexican actress and singer.

Sony Music Entertainment (SME), commonly known as Sony Music, is an American global music conglomerate owned by Sony and incorporated as a general partnership of Sony Music Holdings Inc. through Sony Entertainment Inc., a subsidiary of Sony Corporation of America, which in turn is a subsidiary of the Japanese Sony Corporation. It was originally founded in 1929 as American Record Corporation and renamed as Columbia Recording Corporation in 1938, following its acquisition by the Columbia Broadcasting System. In 1966, the company was reorganized to become CBS Records, and Sony Corporation bought the company in 1988, renaming it under its current name in 1991. In 2004, Sony and Bertelsmann established a 50-50 joint venture known as Sony BMG Music Entertainment, which transferred the businesses of Sony Music and Bertelsmann Music Group into one entity. However, in 2008, Sony acquired Bertelsmann's stake, and the company reverted to the SME name shortly after; the buyout allowed Sony to acquire all of BMG's labels, and led to the dissolution of BMG, which instead relaunched as BMG Rights Management.

This is a list of notable events in music that took place in the year 1997.

The Sony Music label released "Yo Por Él" as the first single in Mexico which was very successful in that time. Following the singles "Locos De Amor", and "La Flor Del Paraíso" with a special remix.

Ranchera, or canción ranchera is a genre of the traditional music of Mexico. It dates before the years of the Mexican Revolution. It later became closely associated with the mariachi groups which evolved in Jalisco. Ranchera today is also played by norteño or banda and Tamborazo. Drawing on rural traditional folk music, ranchera developed as a symbol of a new national consciousness in reaction to the aristocratic tastes of the period. Some well-known interpreters of the genre are the following singers: Amalia Mendoza, Antonio Aguilar, Chelo, Cuco Sánchez, Flor Silvestre, Irma Serrano, Javier Solís, Jorge Negrete, José Alfredo Jiménez, Lola Beltrán, Lucha Villa, Pedro Infante, Rocío Dúrcal, Vicente Fernández, and presently: Pedro Fernández and Pepe Aguilar.

Adolfo Urías y su Lobo Norteño is a Mexican norteño band headed by Adolfo Urías. Although actually a band, most Mexicans think of him as a solo singer. His music, like Los Rieleros del Norte, Polo Urías, and Los Diamantes de Ojinaga, uses both the accordion and saxophone, thus creating a unique Ojinaga-flavored musica norteña, while most other norteño groups play the accordion solo. Adolfo Urías, born in Ojinaga, Chihuahua, Mexico, learned to play the accordion at age 13. His hit, "Corazón Chiquito," was extremely popular on the regional Mexican radio in 2002. Recently, his song "Qué Chulos Ojos" became another big hit. His songs are in traditional ranchera form, but the lyrics feature modern themes. Adolfo Urías' uncle, Polo Urías, is also a norteño singer.

Germán Genaro Cipriano Gómez Valdés de Castillo, better known as Tin-Tan, was an actor, singer and comedian who was born in Mexico City but was raised and began his career in Ciudad Juarez, Chihuahua. He often displayed the pachuco dress and employed pachuco slang in many of his movies, some with his brothers Manuel "El Loco" Valdés and Ramón Valdés. He made the language of the Mexican American pachucos famous in Mexico. A "caló" based in Spanglish, it was a mixture of Spanish and English in speech based on that of Mexican immigrants.

Caridad Bravo Adams was a prolific Mexican writer and the most famous telenovela writer worldwide.

Tatuada En Tus Besos is the second album by Mexican singer-songwriter Irán Castillo, released by Sony Music Mexico in the United States and Mexico on June 15, 1999. It includes the singles "Por Ti, Por Mí", "Sola" from the soap opera Soñadoras, "Di Que No", and "No Vendrá".

Daniela Romo is a Mexican singer, actress and TV hostess.

The 3rd Annual Latin Grammys were held in Los Angeles at the Kodak Theatre on Wednesday, September 18, 2002. Alejandro Sanz was the night's big winner winning a total of three awards including Album of the Year. The ceremony returned in style after the 2001 ceremony was cancelled because of the September 11, 2001 terrorist attacks across America, and all presenters apologized to viewers during the broadcast for such.

Agua Bella is a female technocumbia music group from Peru.

The 2008 Billboard Latin Music Awars, produced and broadcast live on Telemundo, was held on Thursday, April 10, 2008. The award show aired on Telemundo at 7pm EST.

The 5th Annual Premios Juventud were broadcast by Univision on July 17, 2008.

Los Creadorez del Pasito Duranguense is a Chicago project headed by the internationally known Alfredo Ramírez Corral. In 2006, alongside co-founder Ismael Mijarez, Corral put together one of the very first stateside duranguense groups, and achieved great success. Los Creadorez Del Pasito Duranguense was created when Alfredo Ramirez Corral & Ismael Mijares left Grupo Montez De Durango taking most of its members and only leaving the Terrazas family in Grupo Montez De Durango. DISA Latin Music released two recently recorded singles, "Que Levante La Mano" and "Cada Vez Que Pienso En Ti," both of which made appearances on the Billboard regional Mexican charts. Los Creadorez interpret their decade of success and fans' acceptance of their new package as a sign of duranguense's staying power. As the genre rounds its first ten years, sales increases and interest arise far outside the city of Chicago, and duranguense artists look to the veterans for direction. Corral and Mijarez – having been around as long as anyone – find themselves in the position of being trend-setters. Los Creadorez's debut record, Recio, Recio Mis Creadorez, was released in late January 2007. 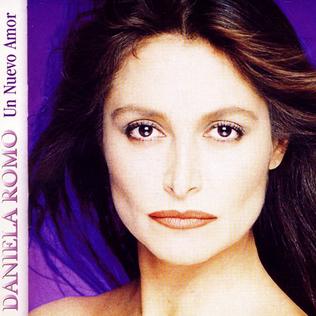 Un Nuevo Amor is the 11th studio album by Mexican pop singer Daniela Romo. This album was released on 1996 and it was produced by one of the greatest producers of the 80's and 90's Danilo Vaona. All the songs were written by Daniela, Danilo Vaona and Federico Vaona. The music video for the single "Mátame" was nominated for a Lo Nuestro Award.

Francisco Javier Jiménez Algora was a Spanish actor. He has appeared in 105 films and television shows between 1972 and 2012. He starred in the 1973 film Habla, mudita, which was entered into the 23rd Berlin International Film Festival. He died on 30 March 2016 from a lung cancer at the age of 67.