Li was born on June 28, 1945 in Sha County, Fujian Province, China. At age three, he was brought to Taiwan by his parents. He earned his B.S. in Mathematics at the National Tsinghua University in 1968. Li received his doctorate in 1974 from University of Maryland under the guidance of James Yorke.

Li joined the faculty of the Department of Mathematics at Michigan State University in 1976 and was promoted to the rank of full professor in 1983. He retired as a University Distinguished Professor Emeritus in 2018 after spending 42 years at the university. Li and his supervisor James Yorke published a paper in 1975 entitled Period three implies chaos, in which the mathematical term chaos was coined. He also proved Ulam's conjecture in the field of computation of invariant measures of chaotic dynamical systems. Working with Kellogg and Yorke, Li's ideas and the use of numerical methods in computing Brouwer's ﬁxed point, part of the field of modern Homotopy Continuation methods. 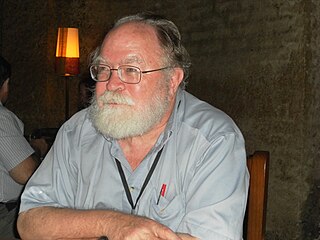 James A. Yorke is a Distinguished University Research Professor of Mathematics and Physics and former chair of the Mathematics Department at the University of Maryland, College Park. 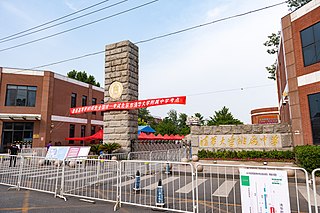 Thomas A. Metzger is a senior fellow at Stanford University's Hoover Institution. He is the son of the German philosopher Arnold Metzger. He specializes in the intellectual and institutional history of China, studying both the premodern and modern periods. His current research focuses on contemporary China's moral-political discourse and its historical roots, dealing with both China and Taiwan. He also has written on U.S.–China policy issues and has lectured widely in English and Chinese in the United States, Europe, Taiwan, China, and Hong Kong.

Charles Francis Van Loan is an emeritus professor of computer science and the Joseph C. Ford Professor of Engineering at Cornell University, He is known for his expertise in numerical analysis, especially matrix computations.

Chia-Chiao Lin was a Chinese-born American applied mathematician and Institute Professor at the Massachusetts Institute of Technology.

Brian P. Coppola is a chemistry professor at the University of Michigan.

Mir Masoom Ali is a Bangladeshi American statistician, Distinguished Professor, educator, researcher and author. He migrated to the United States in 1969 and became a naturalized citizen in 1981. Ali founded the graduate and undergraduate programs in statistics at Ball State University. He co-founded the Midwest Biopharmaceutical Statistics Workshop (MBSW-History), held at Ball State University annually since 1978, and co-sponsored by the American Statistical Association. He served as editor and associate editor of several international statistical journals. He is the founding president of the North America Bangladesh Statistical Association (NABSA) and a member of advisory board at Shahjalal University of Science and Technology. In 2002 Ali received the Sagamore of the Wabash Award, the highest award given in the US state of Indiana, by the Governor of Indiana Frank O'Bannon, for his contributions to Ball State University, to higher education in the state, and specifically to the statistics profession.

Ching-chih Chen is an educator, administrator, consultant, and speaker in the field of digital information management and technology. After her 10-year administrative experience, and 39-year teaching, research, consulting and speaking activities, she became professor emeritus of Simmons College in June 2010, and president of Global Connection and Collaboration, Inc., a non-profit tax-exempt 501(c)(3) organization.

Wen-Ch'ing (Winnie) Li is a Taiwanese-American mathematician, a Distinguished Professor of Mathematics at Pennsylvania State University. She is a number theorist, with research focusing on the theory of automorphic forms and applications of number theory to coding theory and spectral graph theory. In particular, she has applied her research results in automorphic forms and number theory to construct efficient communication networks called Ramanujan graphs and Ramanujan complexes. 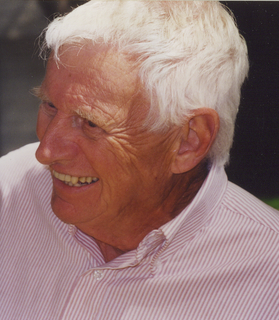 Richard G. Hiskey was an American chemist and Alumni Distinguished Professor Emeritus of Chemistry at University of North Carolina at Chapel Hill. Dr. Hiskey joined the Department of Chemistry of the University of North Carolina at Chapel Hill in 1958. He served in various capacities within the University including Director of Graduate Studies (1965-1970) and Chairman of the Department (1970-1975), (elected) Chairman of the Division of Natural Sciences from 1975 to 1981, and Faculty Representative to the Atlantic Coast Conference and National Association of Intercollegiate Athletics (1985-1995).

Donna Jean Brogan is an American statistician and professor emeritus of statistics at Emory University. Brogan has worked in biostatistical research in the areas of women's health, mental health and psychosocial health statistics, statistics on breast cancer, and analysis of complex survey data.

Anne Lester Hudson is an American mathematician and mathematics educator. Her research specialty is the theory of topological semigroups; she is also known for her skill at mathematical problem-solving, and has coached students to success in both the International Mathematical Olympiad and the William Lowell Putnam Mathematical Competition. She is a professor emeritus at the Georgia Southern University-Armstrong Campus.

Zheng Quanshui is a Chinese scientist currently serving as a professor and doctoral supervisor at Tsinghua University.

James A. Morrow is an American mathematician and professor emeritus of mathematics at the University of Washington in Seattle, Washington. His research interests shifted from several complex variables and differential geometry to discrete inverse problems in the middle of his career.