Tiens Group was founded in 1995 by Li Jinyuan. Tiens entered the international market in 1997. [2] The company's initial product offerings included traditional Chinese medicinal products, calcium tablets, and instant coffee. In 2008, they reported having 12 million MLM distributors worldwide, including more than 40,000 in Germany, [3] and 40 million customers, [4] mostly in Russia, with approximately 60,000 in Germany. [5] In 2014 they reported having 200,000 distributors in Uganda. [6]

In May 2015, the company sent 6,400 employees on a four-day tour of France. While in Nice, they set a Guinness World Record for the longest "human-made phrase". [7]

Tiens has been the subject of controversy in Bangladesh, where the company is known as Tianshi (Bengali : তিয়ানশি). According to local news reports, many people in Bangladesh who invested in Tianshi lost their money, and they claimed that the products were ineffective and priced 4 to 20 times higher than comparable products from well known retailers. [10] [11] [12] [13] [14] [15] [16]

In 2015, the Government of Bangladesh banned all types of domestic and foreign MLM trade including Tiens in Bangladesh. [17]

Between the years 2017–18, the company, having embezzled hundreds of crores taka from consumers, secretly left the country. [18]

In Uganda the "food supplements" are being touted a cures for everything from cancer and HIV to hernias, tumors or appendicitis. [6] The Guardian article goes on to mention that it is a Pyramid Scheme, where most of the money is generated from joining fees of new recruits.

Jamia Darul Uloom, Karachi, a seminary headed by the Grand Mufti of Pakistan, issued a Fatwa in Nov 2008 to the effect that the marketing scheme of Tiens is not permissible. [19] On 3 Nov 2011, another fatwa was issued about a fake fatwa that was circulating without signatures or stamps, claiming that Jamia Darul Uloom has retracted its previous reservations, and now considers it permissible. The fatwa stated that this is a fake, and the original fatwa has not been altered. M. Mahmood suggested that perhaps the original fatwa was based on a misunderstanding of the economic workings of Tiens, and provided more detailed information about how the multi-level marketing scheme works. He asked for a review of the original fatwa, and on 28 Nov 2011, a fatwa further reconfirmed that the new facts presented do not substantially change the original decision. 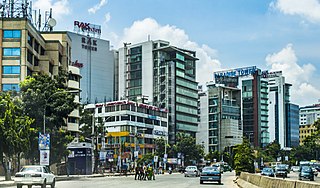 Uttara Model Town or simply Uttara is a suburb of Dhaka, the capital of Bangladesh. The name derives from the Bengali word uttar meaning "north". It lies on the road to Gazipur, and adjoins Hazrat Shahjalal International Airport. 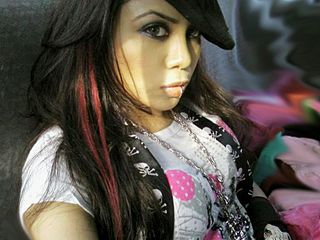 Tishma is a pop rock singer, songwriter, rapper, pianist, guitarist, musician, music composer and music producer in Bangladesh. She is also known as the "Rock Princess of Bengal" by fans. She plays a variety of musical instruments such as piano, guitar, keyboard, and drums, and is Bangladesh's first and only female music composer and music producer. She is an innovator in Bangladeshi popular music and is noted for introducing changes in the pop music arena in her country. 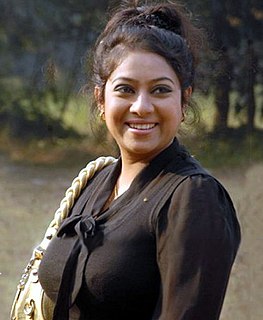 Kazi Sharmin Nahid Nupur, known by her stage name Shabnur, is a Bangladeshi film actress. She won Bangladesh National Film Award for Best Actress for her role in the film Dui Noyoner Alo (2005). 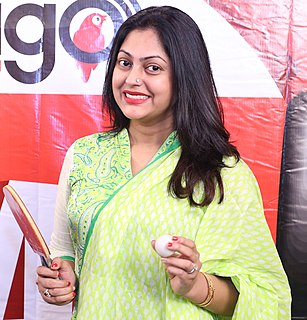 Nasrin Akter Nipun, known by her stage name as Nipun is a Bangladeshi film actress. She won the National Film Awards twice - Best Actress for Shajghor (2007) and Best Supporting Actress for Chander Moto Bou (2009). As of 2014, she has acted in a total of 35 films including Pitar Ason, Rickshawalar Prem, Praner Shami, and Porichoi. 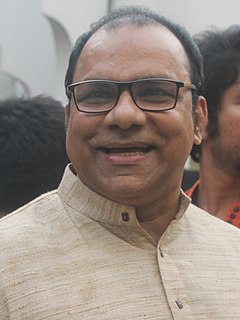 Shahid Hasan, known by professionally as Misha Sawdagor, is a Bangladeshi film actor known for playing villains. As of 2020, he has performed in more than 700 films. He won Bangladesh National Film Awards 3 times for his roles in the films Boss Number One (2011), Olpo Olpo Premer Golpo (2014) and Bir (2020).

Obscure is a Bengali pop and rock music band from Khulna, Bangladesh. The band was formed in greater Khulna in 1985, by Sayed Hasan Tipu. 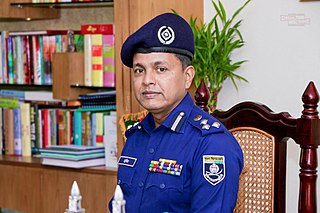 Habibur Rahman is a Bangladeshi police officer. He is currently Deputy Inspector General (DIG) of Bangladesh Police. He currently holds office of Dhaka Range DIG at Bangladesh police, Dhaka Before it he was DIG of Administration and Discipline at Police Headquarters, Dhaka. He is also the General secretary of Bangladesh Kabaddi Federation and Vice president of International Kabaddi Federation. Beside the responsibility of police, he is also known for his special activities and working for underprivileged people of the country, especially trans women and water gypsies.

Sreedharpasha is a village located in Kolkolia Union, Jagannathpur Upazila, Sunamganj in the division of Sylhet, Bangladesh.

Keka Ferdousi is a Bangladeshi television chef and author.

Safa Kabir is a Bangladeshi model and actress and former RJ. She is notable for her works in TV commercials and drama / telefilm since 2013.

Mahbubul A Khalid is a Bangladeshi poet, lyricist and music composer. 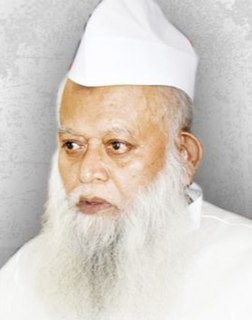 Nur Hossain Kasemi was a Bangladeshi Deobandi Islamic scholar, politician, educator, religious speaker and spiritual figure. He was the secretary general of Hefazat-e-Islam Bangladesh and Jamiat Ulema-e-Islam Bangladesh, vice-president of Al-Haiatul Ulya Lil-Jamiatil Qawmia Bangladesh, senior vice-president of Befaqul Madarisil Arabia Bangladesh and Shaykhul Hadith and rector of Jamia Madania Baridhara, Dhaka and Jamia Sobhania Mahmud Nagar. He had played a leading role in the Hefazat movement, Khatam an-Nabiyyin movement etc. He was well-known among the Muslim masses as an Islamic leader. He was also involved in running nearly 45 Islamic seminaries. 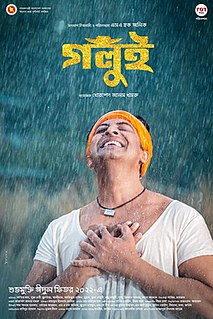 Golui is a 2022 Bangladeshi government-granted romantic drama film directed by SA Haque Alik and produced by Khorshed Alam Khosru. The film stars Shakib Khan, Puja Cherry and Azizul Hakim in the lead roles. The cast also includes Fazlur Rahman Babu, Suchorita, Ali Raj, Jhuna Chowdhury, Shamu Chowdhury in supporting roles. The shooting of the film was started on 20 September 2021 in the beautiful locations of Jamunachar in Jamalpur and Mirzapur in Tangail. The film was released on 3 May 2022 for the Eid-ul-Fitr.

Farzana Chobi, also known as “Farzana Chhoby” of “Chobi”, is a Bangladeshi actress, model who has appeared mainly in Bengali Drama, films and Documentary. For her role in her drama Shimana Periye (2013), she received the Meril-Prothom Alo Critics Choice Award for Best TV Actress-2013. Her notable works include Taan (2022), Vober Hat (2006) and Pakhi Ebong Manushera (2013).