Tataouine Governorate is the southernmost of the twenty-four governorates of Tunisia, the only one to border Algeria and Libya. It is also the largest, covering an area of 38,889 km². It had a population of 149,453, nearly tied for second least-populated with Kebili (156,961) after Tozeur (107,912). The capital is Tataouine.

The Kemena River is a river in Bintulu Division, Sarawak state, Malaysia. It flows past Sebauh and Bintulu, and is used for transporting timber and oil from the interior.

Príslop is a village and municipality in Snina District in the Prešov Region of north-eastern Slovakia. 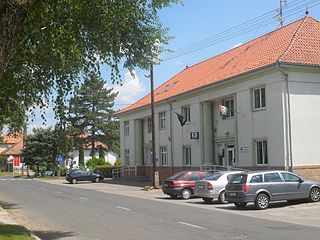 Röszke is a village in Csongrád county, in the Southern Great Plain region of southern Hungary. The nearest town is Szeged 15 kilometres (9.3 mi).

Ajak is a town in Szabolcs-Szatmár-Bereg county, in the Northern Great Plain region of eastern Hungary. 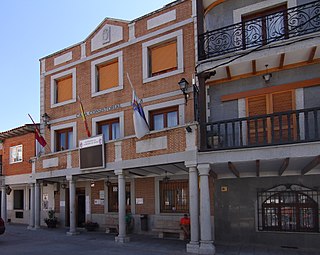 Casarrubios del Monte is a municipality located in the province of Toledo, Castile-La Mancha, Spain. According to the 2006 census (INE), the municipality has a population of 4321 inhabitants. 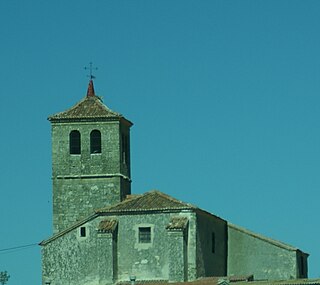 Roda de Eresma is a municipality located in the province of Segovia, Castile and León, Spain. According to the 2004 census (INE), the municipality has a population of 112 inhabitants. 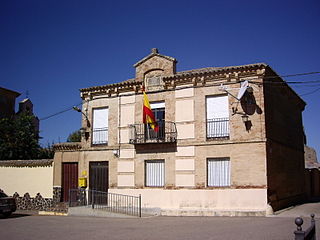 Villacarralón is a municipality located in the province of Valladolid, Castile and León, Spain. According to the 2004 census (INE), the municipality has a population of 89 inhabitants.

Niemcz is a village in the administrative district of Gmina Osielsko, within Bydgoszcz County, Kuyavian-Pomeranian Voivodeship, in north-central Poland. It lies 3 kilometres (2 mi) west of Osielsko and 8 km (5 mi) north of Bydgoszcz.

Dovegh is a town in the Tavush Province of Armenia. 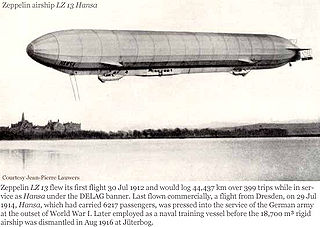 The Zeppelin LZ 13 Hansa was a German civilian rigid airship first flown in 1912. It was built for DELAG to carry passengers and post and flew the first international passenger flight, visiting Denmark and Sweden in September 1912. In 1913 it was hired to the Imperial German Navy as a training craft, and at the outbreak of World War I it was requisitioned by the German military who used it for bombing, reconnaissance, and finally as a training airship.

Topola Katowa is a village in the administrative district of Gmina Łęczyca, within Łęczyca County, Łódź Voivodeship, in central Poland. It lies approximately 3 kilometres (2 mi) south-west of Łęczyca and 34 km (21 mi) north-west of the regional capital Łódź.

Trzebiesza is a village in the administrative district of Gmina Opole Lubelskie, within Opole Lubelskie County, Lublin Voivodeship, in eastern Poland. It lies approximately 6 kilometres (4 mi) north-east of Opole Lubelskie and 39 km (24 mi) west of the regional capital Lublin.

Saeva dupka is a cave in northern Bulgaria near the village of Brestnitsa, Lovech Province. The cave has naturally formed 400 meters of corridors and halls. The cave has hosted many choral music performances, thanks to the excellent acoustic conditions. Saeva dupka was named after two brothers, Seyu and Sae, who used it as a hiding place during the Ottoman occupation of Bulgaria. Recent excavations have shown the cave was inhabited since Roman times. Saeva dupka is one of the 100 Tourist Sites of Bulgaria.

Elhan is a village in the District of Emirdağ, Afyonkarahisar Province, Turkey.

Kayal is an administrative unit, known as Union council of Kohistan District in the Khyber Pakhtunkhwa province of Pakistan.