Civic Coalition ARI, until October 2009 known as Support for an Egalitarian Republic, is a social liberal Argentine political party, founded in 2001 by Elisa Carrió. It is a member of Cambiemos with centrist and centre-right parties. 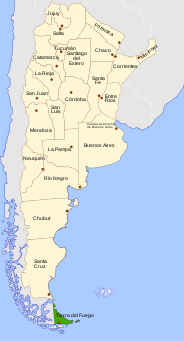 Río Grande is a city in Argentina, on the north coast of the eastern part of the Isla Grande de Tierra del Fuego. It has a population of 67,038, and is the industrial capital of the Tierra del Fuego Province.

The Federalist Union Party, initially named Party of Buenos Aires Unity, is a right-wing political party active in various provinces of Argentina. Its most visible leader is the former police chief, Luis Patti, former Mayor of Escobar, who is accused of torturing people during the last dictatorship.

The Fueguino People's Movement is a provincial political party in Tierra del Fuego Province, Argentina. The word "fueguino" refers to the word fuego (fire) in the province's name. 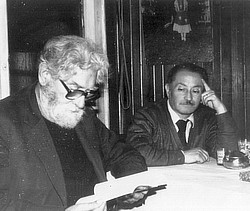 Francisco Coloane Cárdenas was a Chilean novelist and short fiction writer whose works have been translated into many languages. Some of his books were adapted to theatre and film.

Tierra del Fuego is an archipelago at the southernmost tip of South America. 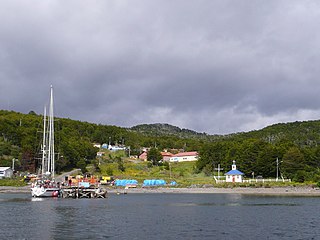 Puerto Toro is a hamlet on the eastern coast of Navarino Island, Chile. Puerto Toro was founded in 1892 during the Tierra del Fuego Gold Rush by Governor of Punta Arenas Señoret. 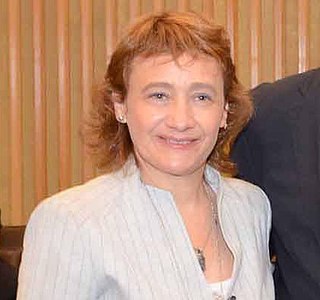 María Fabiana Ríos is an Argentine politician of the party Partido Social Patagónico. She was the governor of the province of Tierra del Fuego from December 17, 2007 to December 10, 2015. She was first elected with the support of the party ARI, but she left it in 2010 and created her own party, with which she was re-elected. She was the only female governor in Argentina, until the election of Lucia Corpacci of Catamarca Province, currently serving. She was succeeded in office by another woman, Rosana Bertone.

The National University of Tierra del Fuego, Antarctica and South Atlantic Islands is an Argentine national university in Tierra del Fuego Province. The campus university is located in the city of Ushuaia. The institution was founded through National Law 26.559, enacted by Congress on November 14, 2009, and was formally established on December 28, 2010. 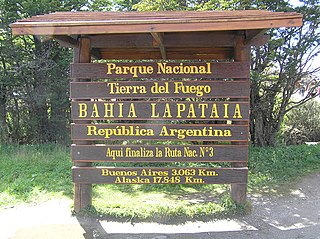 The eradication of the North American beaver in Tierra del Fuego is being attempted by the governments of Chile and Argentina in this area at the southernmost tip of South America. The non-native species was introduced in 1946 as a potential source of commercial fur trading. When the fur trade industry was unsuccessful, however, the beavers became problematic and the governments agreed to intervene. A June 2011 NPR report stated that the beavers have caused millions of dollars in damages. According to Nature, this plan is the largest eradication project ever attempted.

Rosana Andrea Bertone is an Argentine politician and the current Governor of Tierra del Fuego Province, having entered office the 10th December 2015.