Dinosaurus Stereophonicus is the eighth album by the Finnish rock group CMX, released in 2000. It was recorded after the band had decided to stop touring and become a full-time studio band. The decision only lasted till 2002.

Rautakantele is a 1995 album by the Finnish rock group CMX. "Rautakantele" is Finnish and means "The Iron Kantele".

Vainajala (1998) is an album by the Finnish rock group CMX. Vainaja is Finnish for a dead person, Vainajala meaning a name of a place inhabited by the dead.

Lapinlahden Linnut is a Finnish band and comedy group, which plays humorous rock/pop music. The band started as buskers. In the beginning, the band used some original instruments such as a ring binder, and they still use an empty beer crate in their music. Lapinlahden Linnut have made 7 TV-series, third of them, Maailman kahdeksan ihmettä, participating in the Montreaux Rose_d'Or festival, under the name: "Rampton Birds Show: Eight Wonders of the World". In 2006 band returned to its old, 1990–91 lineup.

Discopolis is the sixth studio album by the Finnish rock group CMX. 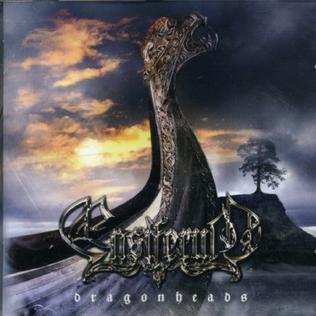 Dragonheads is an EP by Finnish folk metal band Ensiferum. It was released on February 15, 2006 by Spinefarm Records. It is the first Ensiferum release featuring the then recently hired members Petri Lindroos, Sami Hinkka and Janne Parviainen. Mastered at Finnvox Studios. Warrior's Quest and White Storm are the re-recordings of songs from the band's second demo. Finnish Medley is a medley of the Finnish traditional pieces Karjalan kunnailla, Myrskyluodon Maija, and Metsämiehen laulu.

10th Anniversary Live is a live performance DVD celebrating the 10th anniversary of the Viking/folk metal band Ensiferum. It was filmed on New Year's Eve, 2005 at the music hall Nosturi in Helsinki, Finland.

Talvikuningas (2007) is an album by the Finnish rock group CMX. The title is Finnish and translates to "The Winter King".

Amberian Dawn is a Finnish power metal band, formed in 2006 by Tuomas Seppälä and Tommi Kuri. Their fifth album Re-Evolution was released on KHY Suomen Musiikki & Encore Music in summer 2013. Their latest album Looking for You was released in January 2020, via Napalm Records.

Irti is the fourth solo album of Ismo Alanko, released in 1996. According to Alanko, he and his band gave themselves two weeks time to compose and record the album from scratch. The result is an improvisation-based, more freely-played album than the preceding Taiteilijaelämää.

Shadowheart is the debut album by Finnish symphonic/folk metal band Kivimetsän Druidi. It was released through Century Media on October 20, 2008.

Finland was represented by Laila Halme, with the song '"Muistojeni laulu", at the 1963 Eurovision Song Contest, which took place on 23 March in London. "Muistojeni laulu" was chosen as the Finnish entry at the national final organised by broadcaster Yle and held on 14 February. Halme originally finished third in the national final, but replaced the winning singer Irmeli Mäkelä at Eurovision for unknown reasons. 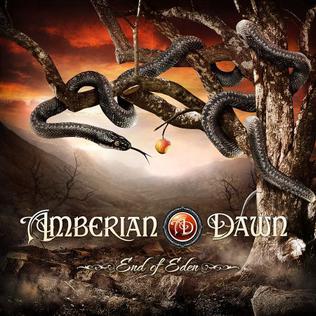 End of Eden is the third studio album by Amberian Dawn, and the first released on Spinefarm Records, previous albums having been released on KHY Suomen Musiikki. The album was released on October 20, 2010, but was preceded by its online single "Arctica" on August 23.

Quentin Laulu-Togaga'e is a Samoa international rugby league footballer who plays as a fullback for Newcastle Thunder in Betfred League 1.

Kauan is an atmospheric doom metal/post-rock band from Chelyabinsk, Russia formed in 2005.

Kuu.. is the fourth full-length album by Russian post-rock band Kauan, released on Avantgarde Music in 2011.

Laulu yhteisestä leivästä is a 1984 album by Finnish gospel musician Jaakko Löytty. The album was commissioned by the Finnish Missionary Society for its 125th anniversary, which was celebrated in Helsinki in June 1984. The album is dedicated to the life work of Leonard Auala, first bishop of the ELCIN church in Namibia.

"Forever" is a song by Canadian singer Justin Bieber, featuring American rappers Post Malone and Clever. It was released on February 14, 2020 as the third single from Bieber's fifth studio album Changes. This track marks Bieber and Malone's second collaboration, following Bieber’s feature on Malone's September 2016 single, "Deja Vu" from his debut studio album, Stoney, which was released in December of the same year.