Tiffany Géroudet (born 3 September 1986 in Sion, Valais) is a Swiss épée fencer, European champion in 2011. She is currently 9th in FIE rankings.

Géroudet was born in Sion, Switzerland, in a family of three children. [1] She practiced ski, swimming, and mountain hiking with her siblings before taking on fencing with her brother. [1]

In 2011, she won the European Championships in Sheffield, beating along the way favourites Laura Flessel, Nathalie Moellhausen, and Britta Heidemann. She became the first and as to 2013 only Swiss female European fencing champion. [2] She qualified for the 2012 Summer Olympics in London, but was beaten in the table of 16 by Sun Yujie, who later took the bronze medal.

Laura Flessel-Colovic is a French politician and épée fencer who served as Minister of Sports from 2017 to 2018. Born in Pointe-à-Pitre, Guadeloupe, she has won the most Olympic medals of any French sportswoman, with five. Before 2007, she was a member of the Levallois Sporting Club Escrime, and now works with Lagardère Paris Racing. She is married and has one daughter. 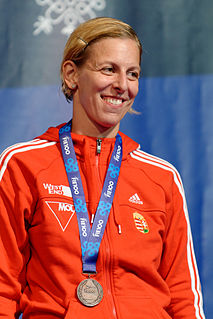 Hajnalka Kiraly-Picot is a Hungarian-born French épée fencer. With Hungary she was three-time team World champion and 2001 team European champion. With France, she won the team bronze medal at the 2004 Summer Olympics as well as three team world titles.

Ana Maria Popescu, formerly known as Ana Maria Brânză, is a Romanian épée fencer that is ranked world no.1 according to FIE. She earned the silver medal in the individual épée event at the 2008 Summer Olympic Games and the gold medal in the 2013 European Fencing Championships. She has won the women's épée World Cup series a record-breaking four times, with thirteen World Cup titles to her name. With the Romanian team she was twice World champion and six-times European champion.

Anfisa Serhiyivna Pochkalova is a Ukrainian épée fencer. She is the 2009 World individual bronze medalist. 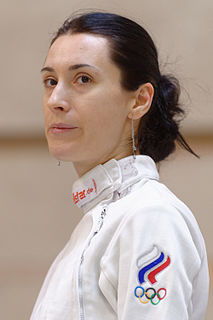 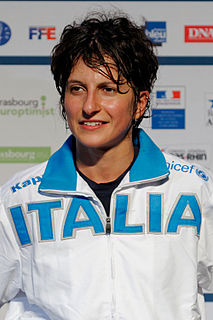 Rossella Fiamingo is an Italian épée fencer. A two-time world individual champion, she also earned a silver medal at the 2016 Summer Olympics. 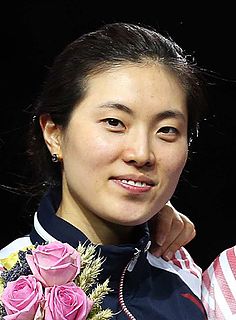 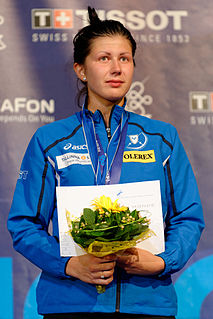 Simona Pop née Deac is a retired Romanian épée fencer, bronze medallist at the 2015 European Championships, team silver medallist in the 2015 World Fencing Championships and team European champion in 2014 and 2015. 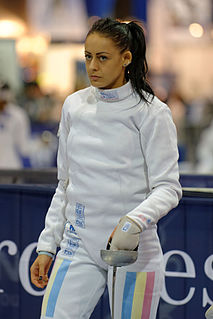 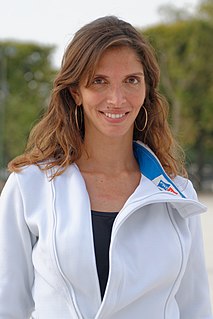 Nathalie Moellhausen is an épée fencer who initially represented Italy and now represents Brazil. In 2019, she became her country's first ever individual World Champion in epee at the Championships held in Budapest, Hungary. With the Italy team she won the team World championship in 2009 and team European championship in 2007. Representing Brazil, she won the women’s individual épée World Champion title in 2019 in Budapest, Hungary.