Tiger Force was the name of a long-range reconnaissance patrol unit [1] of the 1st Battalion (Airborne), 327th Infantry, 1st Brigade (Separate), 101st Airborne Division, which fought in the Vietnam War from November 1965 to November 1967. [2] : 22–3  The unit gained notoriety after investigations during the course of the war and decades afterwards revealed extensive war crimes against civilians, which numbered into the hundreds. [3]

The platoon-sized unit, approximately 45 paratroopers, was organized by Major David Hackworth in November 1965 to "outguerrilla the guerrillas". [2] : 13–14, 23, 224  Tiger Force (Recon) 1-327th was a highly decorated small unit in Vietnam, and paid for its reputation with heavy casualties. [4] In October 1968, Tiger Force's parent battalion was awarded the Presidential Unit Citation by President Lyndon B. Johnson, which included a mention of Tiger Force's service at Đắk Tô in June 1966. [5]

On October 19, 2003, Michael D. Sallah, a reporter at The Blade (Toledo) newspaper, obtained unreleased, confidential records of U.S. Army commander Henry Tufts. One file in these records referred to a previously unpublished war crimes investigation known as the Coy Allegation. To investigate this further, Sallah gained access to a large collection of documents produced by the investigation held at the National Archives in College Park, Maryland. [2] : 309–11  [6]

Sallah found that between 1971 and 1975, the Army's Criminal Investigation Command had investigated the Tiger Force unit for alleged war crimes committed between May and November 1967. [2] : 264–306  The documents included sworn statements from many Tiger Force veterans, which detailed war crimes allegedly committed by Tiger Force members during the Song Ve Valley and Operation Wheeler military campaigns. The statements, from both individuals who allegedly participated in the war crimes and those that did not, described war crimes such as the following:

The investigators concluded that many of the war crimes took place. [2] : 383  This included the murder of former-ARVN personnel, the murder of two blind brothers, the crippled and old and the routine murder of women and children. [3] Despite this, the Army decided not to pursue any prosecutions. [2] : 306

Their high bodycounts were recognized and encouraged by military officials. Colonel Morse ordered troops to rack up a body count of 327 casualties in order to match the battalion's infantry designation, 327th; [3] however by the end of the campaign soldiers were congratulated for their 1000th kill. [8] Those killed were listed as enemy combatants. [3]

After studying the documents, Sallah and fellow reporter, Mitch Weiss, located and interviewed dozens of veterans who served in Tiger Force during the period in question as well as the CID investigators who later carried out the Army's inquiry. The reporters also traveled to Vietnam and tracked down numerous residents of Song Ve Valley who identified themselves as witnesses. Sallah and Weiss reported that the war crimes were corroborated by both veterans [9] and Song Ve Valley residents. [10] The reporters also managed to track down dozens of additional investigative records not included in the National Archives.

The reporters published their findings in a series of articles in The Toledo Blade [11] in October 2003. The New York Times subsequently performed their own investigation, contacting a few Tiger Force veterans and corroborating The Toledo Blade's findings. [12]

Since The Blade's story, the United States Army has opened a review of the former Tiger Force investigation, but has not yet provided much additional information. On May 11, 2004, Lt. Col. Pamela Hart informed The Blade reporters that she had been too busy responding to prisoner abuse by U.S. soldiers in Iraq to check on the status of the Tiger Force case. [13] The Blade has not reported on any more recent updates from the U.S. Army. 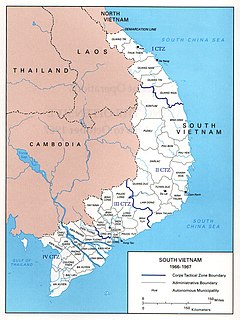 A Vietnam veteran is a person who served in the armed forces of participating countries during the Vietnam War.

The Vietnam War was a conflict in Vietnam, Laos, and Cambodia from 1 November 1955 to the fall of Saigon on 30 April 1975. It was the second of the Indochina Wars and was officially fought between North Vietnam and South Vietnam. North Vietnam was supported by the Soviet Union, China, and other communist allies; South Vietnam was supported by the United States and other anti-communist allies. The war is widely considered to be a Cold War-era proxy war. It lasted almost 20 years, with direct U.S. involvement ending in 1973. The conflict also spilled over into neighboring states, exacerbating the Laotian Civil War and the Cambodian Civil War, which ended with all three countries becoming communist states by 1975. 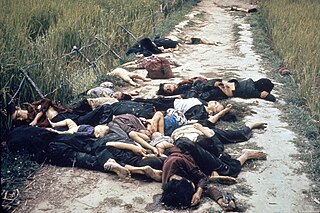 The Mỹ Lai massacre was the mass murder of unarmed South Vietnamese civilians by United States troops in Sơn Tịnh District, South Vietnam, on 16 March 1968 during the Vietnam War. Between 347 and 504 unarmed people were killed by U.S. Army soldiers from Company C, 1st Battalion, 20th Infantry Regiment and Company B, 4th Battalion, 3rd Infantry Regiment, 11th Brigade, 23rd (Americal) Infantry Division. Victims included men, women, children, and infants. Some of the women were gang-raped and their bodies mutilated, and were as young as 12. Twenty-six soldiers were charged with criminal offenses, but only Lieutenant William Calley Jr., a platoon leader in C Company, was convicted. Found guilty of murdering 22 villagers, he was originally given a life sentence, but served three-and-a-half years under house arrest after President Richard Nixon commuted his sentence. 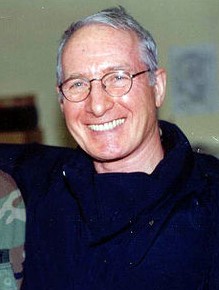 David Haskell Hackworth also known as Hack, was a prominent military journalist and a famous former United States Army colonel who was decorated in both the Korean War and Vietnam War. Hackworth is known for his role in the creation and command of Tiger Force, a military unit which was formed in South Vietnam to apply guerrilla warfare tactics against Viet Cong guerrilla fighters. 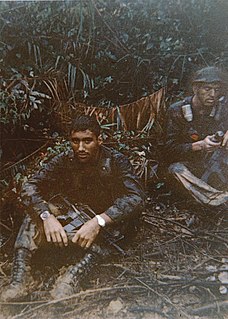 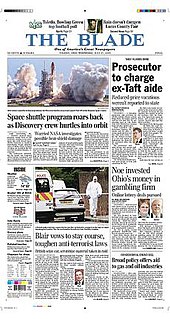 The Blade, also known as the Toledo Blade, is a newspaper in Toledo, Ohio published daily online and printed Thursday and Sunday by Block Communications. The newspaper was first published on December 19, 1835.

The "Winter Soldier Investigation" was a media event sponsored by the Vietnam Veterans Against the War (VVAW) from January 31, 1971, to February 2, 1971. It was intended to publicize war crimes and atrocities by the United States Armed Forces and their allies in the Vietnam War. The VVAW challenged the morality and conduct of the war by showing the direct relationship between military policies and war crimes in Vietnam. The three-day gathering of 109 veterans and 16 civilians took place in Detroit, Michigan. Discharged servicemen from each branch of the armed forces, as well as civilian contractors, medical personnel and academics, all gave testimony about war crimes they had committed or witnessed during the years 1963–1970.

Sam Ybarra (1945–1982) was a United States Army soldier who served in the Tiger Force commando unit attached to the 101st Airborne Division during the Vietnam War. He is notable for alleged involvement in war crimes alongside the Tiger Force unit.

The 327th Infantry Regiment is an infantry regiment of the 101st Airborne Division of the United States Army. During World War II, the 327th was a glider-borne regiment of the 101st Airborne Division. It fought during World War I as part of the 82nd Division. It has also been deployed in the Vietnam War, Gulf War, and most recently to Iraq and Afghanistan. The song "Glider Rider" describes (humorously) some of the slights that glider-borne troops felt they received from the Army during World War II; though the regiment's public fame rose with the 1949 movie Battleground about the Siege of Bastogne in late 1944.

Michael D. Sallah is an American investigative reporter who has twice been awarded the Pulitzer Prize. 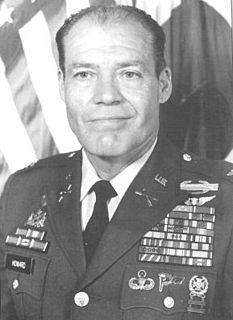 The National Committee for a Citizens Commission of Inquiry on U.S. war crimes in Vietnam was founded in New York by Ralph Schoenman in November 1969 to document American atrocities throughout Indochina. The formation of the organization was prompted by the disclosure of the My Lai Massacre on November 12, 1969 by Seymour Hersh, writing for the New York Times. The group was the first to bring to public attention the testimony of American Vietnam War veterans who had witnessed or participated in atrocities.

United States war crimes are the violations of the laws and customs of war alleged to have been committed against signatories by the United States Armed Forces after the signing of the Hague Conventions of 1899 and 1907. These have included the summary execution of captured enemy combatants, the mistreatment of prisoners during interrogation, the use of torture, the use of violence against civilians and non-combatants, and the unnecessary destruction of civilian property.

The Vietnam War Crimes Working Group (VWCWG) was a Pentagon task force set up in the wake of the My Lai massacre and its media disclosure. The goal of the VWCWG was to attempt to ascertain the veracity of emerging claims of war crimes by U.S. armed forces in Vietnam allegedly committed during the Vietnam War period.

Joe Mahr is an American investigative journalist, who won the 2004 Pulitzer Prize for Investigative Reporting.

Nick Turse is an American investigative journalist, historian, and author. He is the associate editor and research director of the blog TomDispatch and a fellow at The Nation Institute.

Mitchell S. Weiss is an American investigative journalist, and an editor at The Charlotte Observer. He won the 2004 Pulitzer Prize for Investigative Reporting, with Joe Mahr and Michael D. Sallah.

The 101st Airborne Division is a specialized modular light infantry division of the US Army trained for air assault operations. The Screaming Eagles has been referred to by journalists as "the tip of the spear" as well as one of the most potent and tactically mobile of the U.S. Army's divisions. The 101st Airborne Division has a history that is nearly a century long. During World War II, it was renowned for its role in Operation Overlord, Operation Market Garden, the liberation of the Netherlands and its action during the Battle of the Bulge around the city of Bastogne, Belgium. During the Vietnam War, the 101st Airborne Division fought in several major campaigns and battles, including the Battle of Hamburger Hill in May 1969. In mid-1968, it was reorganized and redesignated as an airmobile division and then in 1974 as an air assault division. In recent years, the division has served in Iraq and Afghanistan. At the height of the War on Terror, the 101st Airborne Division had over 200 aircraft. The division now has slightly over 100 aircraft.