Tiger Scout can refer to:

The Tiger Scout is the highest rank and award a Scout or Venture Scout can achieve in the Korea Scout Association. 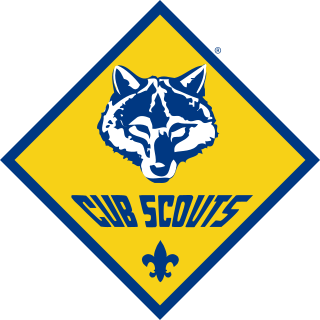 The Four Asian Tigers, Four Asian Dragons or Four Little Dragons, are the economies of Hong Kong, Singapore, South Korea and Taiwan, which underwent rapid industrialization and maintained exceptionally high growth rates between the early 1960s and 1990s. By the early 21st century, all four had developed into high-income economies, specializing in areas of competitive advantage. Hong Kong and Singapore have become world-leading international financial centres, whereas South Korea and Taiwan are world leaders in manufacturing electronic components and devices. Their economic success stories have served as role models for many developing countries, especially the Tiger Cub Economies of southeast Asia. 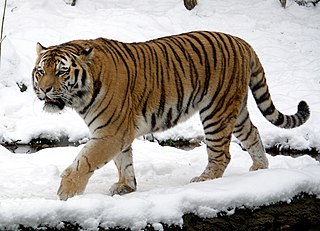 Drunken Tiger was a Korean hip hop group that debuted in 1999 and has since released several albums and won numerous awards. They are known as pioneers of Korean hip-hop who helped bring the genre into the mainstream. 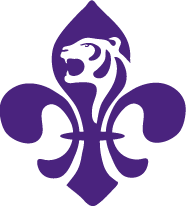 The Korea Scout Association is the national Scouting association of South Korea. 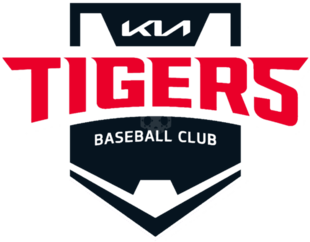 Kia Tigers is a South Korean professional baseball team founded in 1982 and based in the southwestern city of Gwangju. The Tigers are a members of the KBO League and are the most successful team in Korean baseball, having won the national championship, the Korean Series, eleven times.

Charlie Metro was an American professional baseball player, manager, coach and scout. Notably, he was an outfielder for the Detroit Tigers and Philadelphia Athletics as well as the manager of the Chicago Cubs and Kansas City Royals of Major League Baseball. He adopted the name "Metro" from his father, Metro Moreskonich, a Ukrainian immigrant. Metro was born and grew up in Nanty Glo, Pennsylvania, graduating from Nanty Glo High School in 1937, and also worked in the coal mines there during breaks from school. He threw and batted right-handed, stood 5 feet 11 inches (1.80 m) tall and weighed 178 pounds (81 kg).

Thomas Harold Gamboa is the former manager of the Brooklyn Cyclones.

Seung-hwan Oh is a South Korean professional baseball relief pitcher for the Colorado Rockies of Major League Baseball (MLB). He previously played for the Samsung Lions of the KBO League in South Korea, the Hanshin Tigers of Nippon Professional Baseball (NPB) in Japan, and the St. Louis Cardinals and Toronto Blue Jays in MLB. He is known as "Dol-bucheo" for being unshaken and maintaining an emotionless face in every situation. His prowess as a relief pitcher also earned him the nickname "Kkeut-pan Wang", in South Korea and among Cardinal fans.

John Thomas Young was an American professional baseball player. He also scouted and worked in the front office. Young played in Major League Baseball for the Detroit Tigers in 1971. He founded Reviving Baseball in Inner Cities (RBI), a youth baseball program aimed at increasing participation among African Americans in baseball.

A hogeon is a type of gwanmo (관모), Korean traditional headgear for young boys aged one year to five years old. It was worn along with durumagi (overcoat) or jeonbok. Hogeon was worn on holidays such as Seollal, Chuseok, or celebrations for their birthdays like doljanchi. The shape and material are almost similar to bokgeon except a tiger pattern embroidered on hogeon. The outer is made of a black silk while the inner is dark blue silk. The tiger pattern was embroidered on the surface as reflecting parents' wish for their children to grow brave. The shapes of a tiger's eyebrow, eyes, whiskers, teeth and ears are decorated on the forehead of the hogeon. The ears was made with black and red fabrics. Strings attached to the end of the forehead part is able to tie the headgear to its back. Along with the tiger pattern, geumbak of some of Hanja that had good and auspicious meaning are adorned with the hogeon to bliss the wearer. It was worn by young boys until they reached to the age of 5 or 6 years old.

Lee Ho-yang, known professionally as Shinsadong Tiger, is a South Korean music producer and songwriter. Even after debuting in 2001 at the age of 18, he has worked many odd jobs to fund his music career. He has become a prominent figure in the Korean pop music industry and is responsible for a number of popular songs. In 2010, he was named the "New Generation Producer" at the 18th Korean Culture Entertainment Awards, and in 2011 he was named as one of the most influential figures in the South Korean music industry by OSEN. Lee has also started his own label, AB Entertainment, in which he has debuted his own girl group, EXID.

Zoo Holdings Group is a food and beverage management company headquartered in Shanghai, China, and has its offices in China mainland, Taiwan and South Korea. Its founder, Kim Kun Woo, has also created "Zoo Coffee", "Tiger Topoki" and "Monkey's Kitchen".

Kim Yong-woo was the first Tiger Scout and former Minister of National Defense, served as the Chief Scout of the Korea Scout Association.

Ko Young-pyo is the pitcher of KT Wiz of the KBO League. His older brother is Ko Jang-hyuk (고장혁), an infielder of the police baseball team. On May 8, 2016, he led the team to victory with a 3-inning scoreless point in a match against Hanwha Eagles in Suwon. He changed his position as a starting pitcher from 2017. He graduated Hwasun High School and Dongguk University.